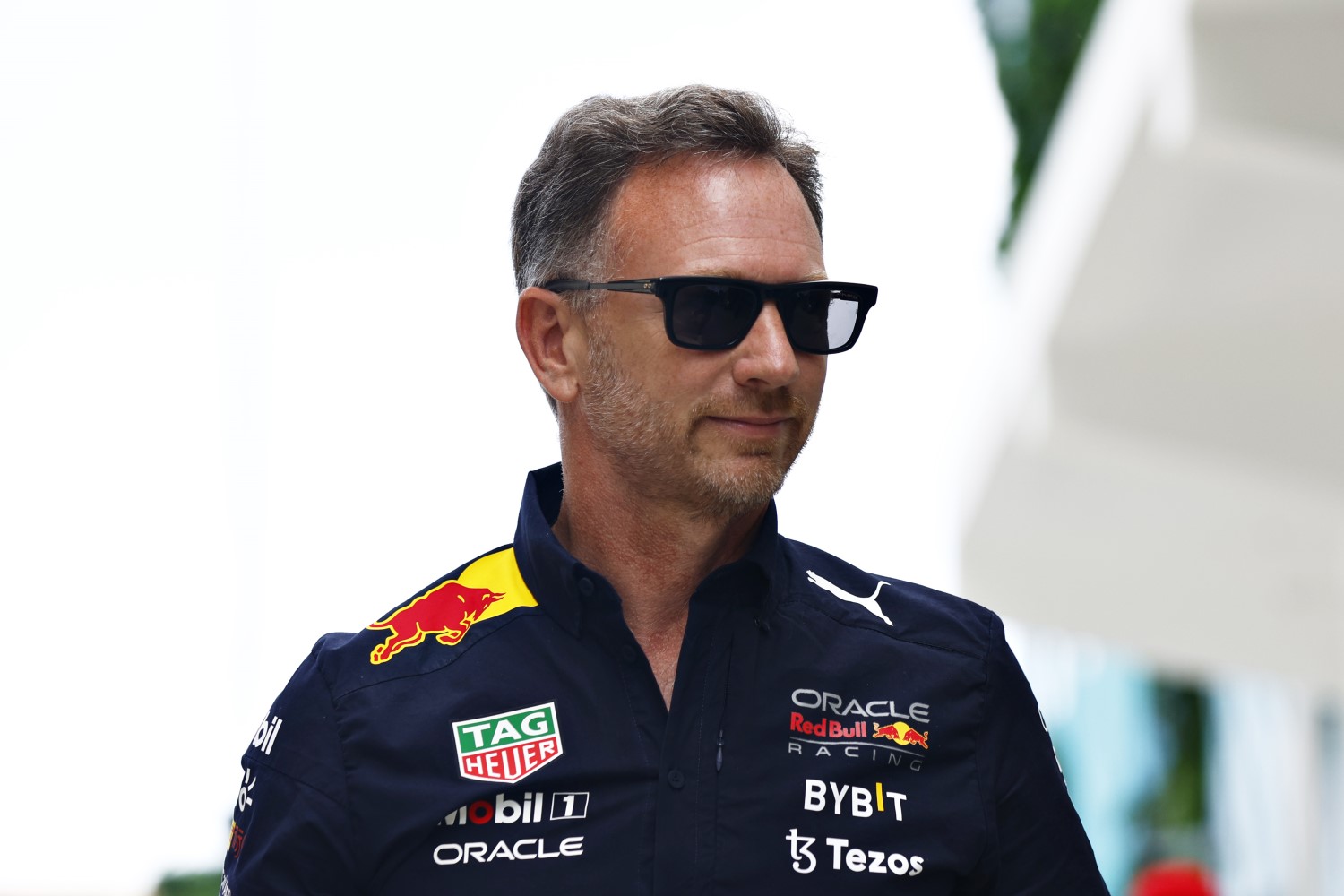 The political turmoil over Mercedes’ failure to design a non-defective car for 2022 reached a head in a team principals’ meeting on Saturday when Ferrari team boss Mattia Binotto and Red Bull boss Christian Horner accused Toto Wolff of trying to get the FIA to change the rules to fix Mercedes’ inferior design.

Wolff angrily retorted that they were placing political gain before driver safety.

Asked by Autosport if he felt the porpoising debate was a political one rather than a safety one, Horner said: “The issue with Mercedes is more severe, or certainly has been prior to [Canada] than any other car.

“That surely is down to the team. That’s within their control to deal with that, if it’s not affecting others.

“I know it was said other drivers have been complaining. Our drivers have never complained ever about porpoising. They’ve said certain circuits could do with tidying up, perhaps resurfacing in places.

“But we haven’t had an issue with bouncing. The problem is they’re [Mercedes] running their car so stiff. I think their concept is the issue rather than the regulation.”

Horner said he was not impressed by the way in which the FIA got involved by releasing a technical directive on the eve of the Canadian Grand Prix as teams were travelling to the event.

He also shared concerns expressed by other teams querying how Mercedes had been able to fit a second stay to its car so quickly, prompting conspiracy about whether not the German manufacturer had had advanced knowledge of what was going on.

“There is a process of these things to be introduced,” he said. “I think what was particularly disappointing was the second stay.

“It has to be discussed in a technical forum, and that is overtly biased to sorting one team’s problems out – which were the only team that turned up here with it, even in advance of the TD. So work that one out.”

The FIA is due to meet with technical directors this week to try to make progress on the porpoising issue, as there remains a medium term plan to give teams more ability to manage things from 2023 with rules tweaks.

But Horner is skeptical about the need to do anything drastic, as he reckons by next year all teams will be on top of the bouncing issue.

“You’ve got some of the brightest engineering talent in the world, and things will converge,” he said.

“I doubt we’ll be sitting here next year talking about the bouncing, even if the regulations are left alone.

“These cars are still relatively new, I think as teams add developments to their cars, you’ll probably start to see them start to address some of these issues. And you can’t just suddenly change technical regulations halfway through a season.