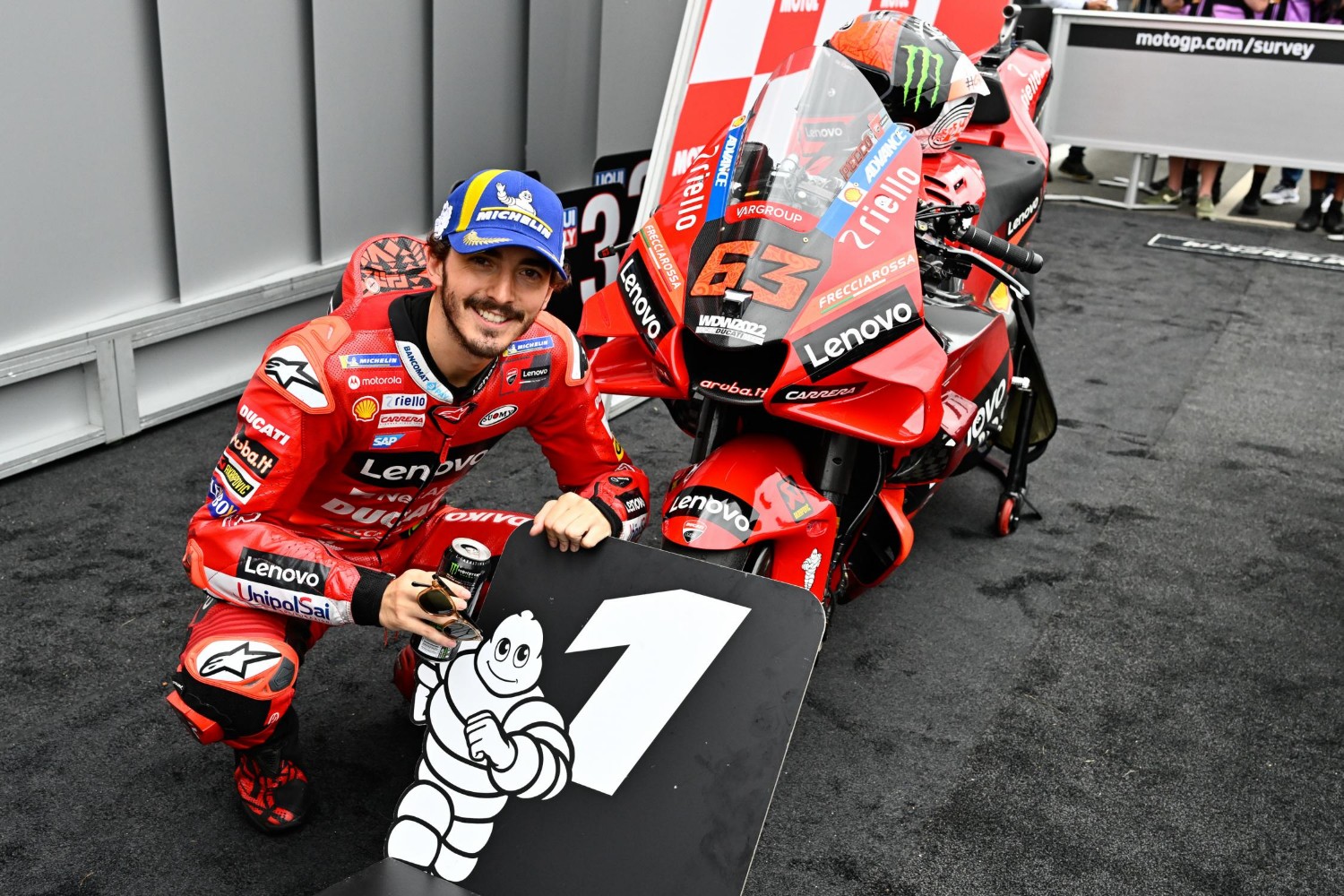 Francesco Bagnaia (shown above) has stormed to pole position for the Motul TT Assen, shattering the All-Time Lap Record as he looks to breathe new life into his MotoGP World Championship title bid.

The Ducati Lenovo Team rider set a 1:31.504 to beat the old benchmark at the TT Circuit Assen by more than three tenths of a second.