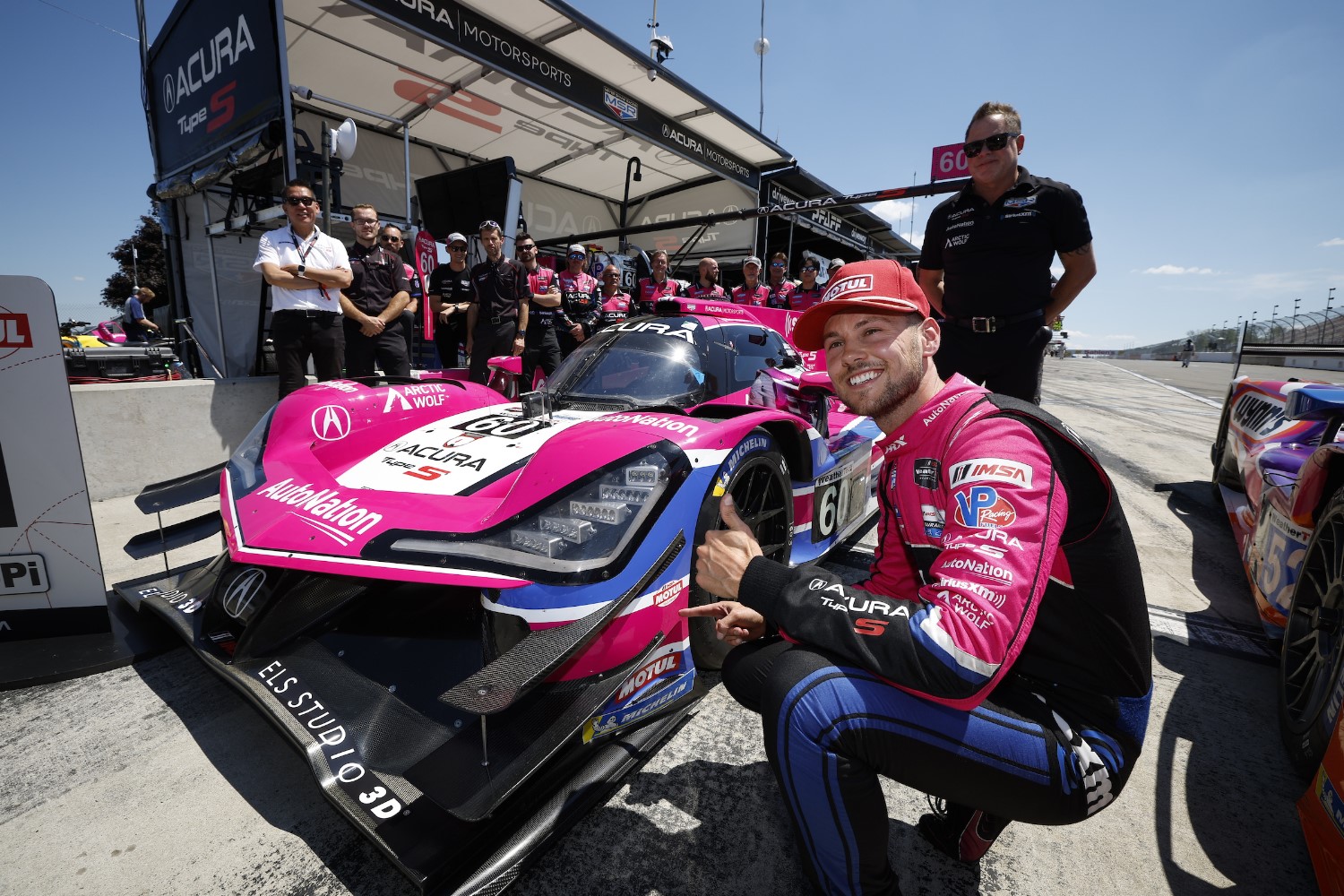 Tom Blomqvist took his Meyer Shank Racing Acura ARX-05 to a new track record Saturday at Watkins Glen International Racing, securing the pole and leading an Acura sweep of the front row in qualifying for tomorrow’s Sahlen’s Six Hours of the Glen.

It is the third IMSA WeatherTech SportsCar Championship pole of the season for Acura and the first for Meyer Shank Racing and Blomqvist, who will share driving duties tomorrow with Oliver Jarvis for the six-hour endurance sports car race.

Felipe Albuquerque completed the front row qualifying sweep for Acura, and will start second in the Wayne Taylor Racing ARX-05 he shares with Ricky Taylor.

LMP3 pole honors went to Nico Varonne in the No. 40 FastMD Racing Duqueine D08 Nissan, in a session that ended under a red flag due to an accident by the No. 36 Andretti Autosport Ligier JS P320 Nissan of Jarett Andretti.

Andretti made contact with the Turn 11 barriers, causing left-rear suspension damage before spinning in Turn 1. The session did not restart.

Tom Blomqvist (#60 Meyer Shank Racing Acura ARX-05) Pole qualifier, new lap record; third consecutive pole for Acura at Watkins Glen: “Our Acura is quick! I have to say thanks to everyone at Meyer Shank Racing, Acura and HPD.  We prepared for this event really well and tested here.  That put us in a really good position to capitalize on the strengths of our ARX-05.  After leading both of the practice sessions earlier this weekend, there was a bit of extra pressure going into qualifying, but thankfully we were able to capitalize on it and I think that bodes well for tomorrow’s [six-hour] race.”

Filipe Albuquerque (#10 Wayne Taylor Racing ARX-05) Qualified 2nd: “”The car was pretty good. But, unfortunately the [chassis setup] window was really narrow in qualifying when it came to the peak [performance] of the tire—particularly with the hot weather we’re feeling here. So, I tried to push more later in the session, but unfortunately the tires were already gone by then and I wasn’t able to improve. It is what it is, the front row is still really good for a six-hour race. I think we have a good car for the race and we’ll see how it goes!”