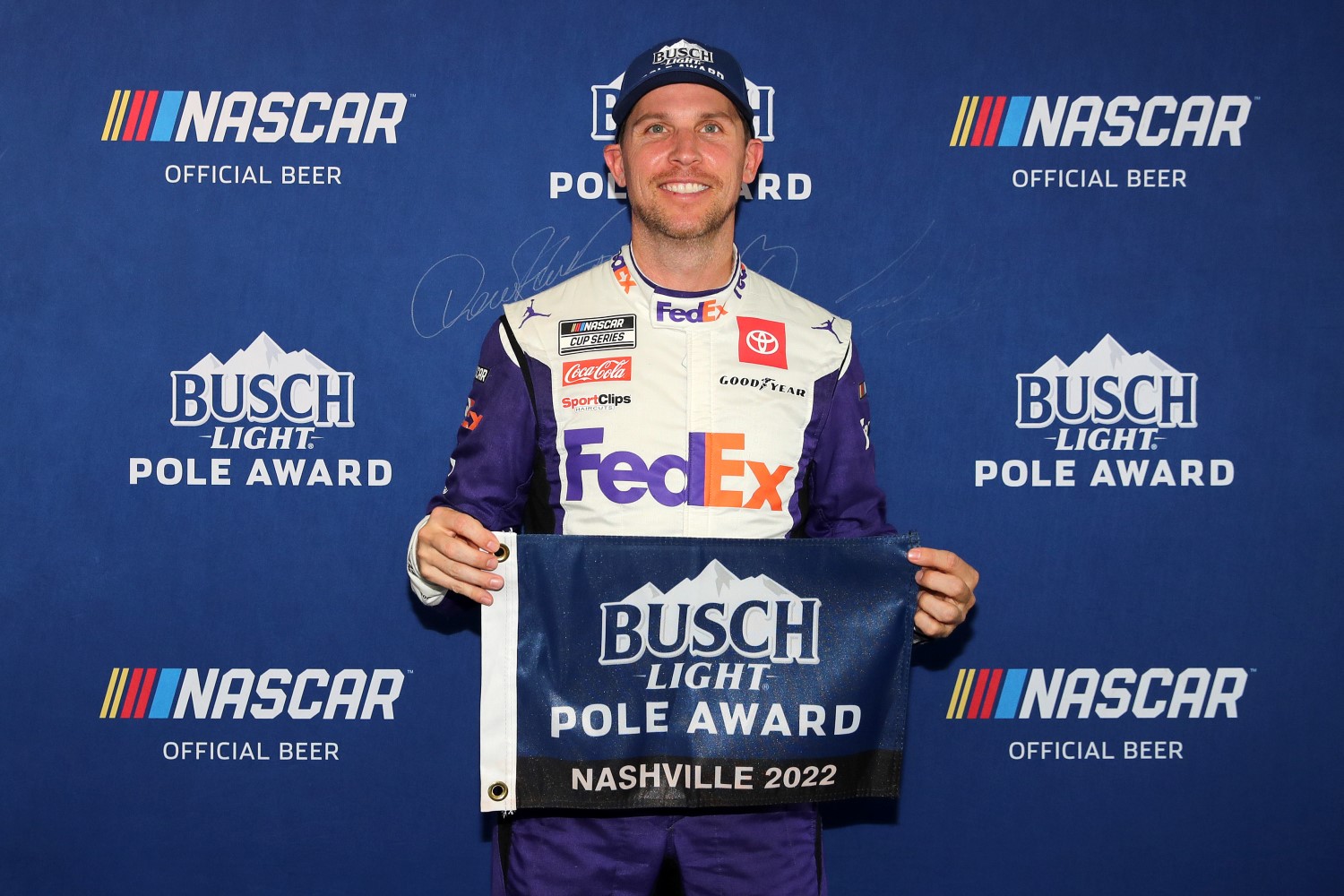 A surprise rain shower put a halt to the final round of qualifying and Hamlin was the fastest of everyone in the two group sessions for Sunday’s Ally 400.

“It was a great run for us,” Hamlin said in a press conference. “We didn’t start off practice that stellar but with every run we made, we just kept getting better and better. Obviously today, it was even better. I thought I under-drove a little bit but still it was good enough.”

This is the fourth consecutive race the No. 11 Joe Gibbs Racing Toyota will start inside the top 10 but Hamlin has finished outside the top 30 in his last two starts — 34th at World Wide Technology Raceway and 31st at Sonoma Raceway.

Manufacturer parity headlined Saturday’s qualifying session as three Toyotas, three Fords and four Chevrolets made the final round of 10 that was rained out.

It’s no surprise that Larson starts inside the top five as he led 264 of the 300 laps to win last year’s inaugural Cup race on the 1.33-mile oval.

Daniel Suárez, entering off his first career Cup Series win at Sonoma, rounded out the top five with a 159.877 mph qualifying lap.

The Fords improved their speed from Friday’s practice as Blue Ovals nabbed five of the top 15 starting spots.

The Stewart-Haas Racing teammates Harvick and Almirola are separated by just seven points on the playoff cutline.

Bubba Wallace, who was fastest in practice, had a loose car in his qualifying run and landed a lap of 156.022 mph to put him 30th on Sunday’s grid. 23XI Racing’s qualifying woes continued as Kurt Busch’s 158.843 mph lap was only good enough for 19th.