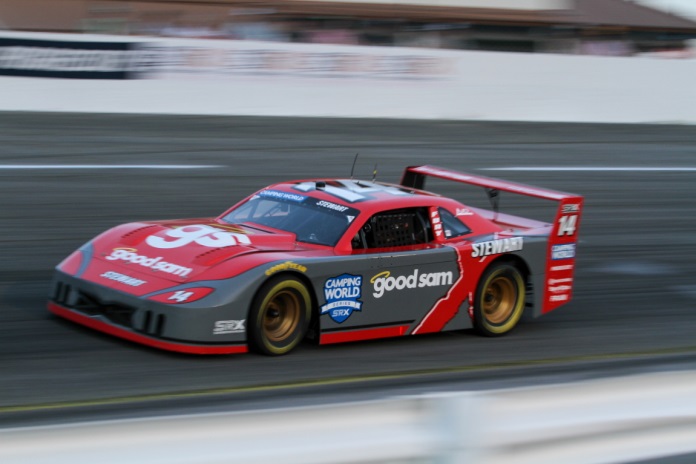 Labonte led the field to the green, but Biffle quickly took the lead, with Andretti scooting through to second. Following a restart for the SRX Fun Flag, Biffle and Andretti had a spirited battle for the lead, but Biffle eventually prevailed to win the first heat.

The inverted field saw Tracy start on pole, with Castroneves alongside him. Tracy rocketed to the lead, but Newman, who started the heat in sixth, made his way to second in just a few laps and hounded Tracy for the next several laps.  Castroneves retook second from Newman about halfway through the heat. Moments later, Castroneves went into turn 1 too hard and spun Tracy to bring out the caution. Castroneves then held off Andretti and Newman to win heat two.