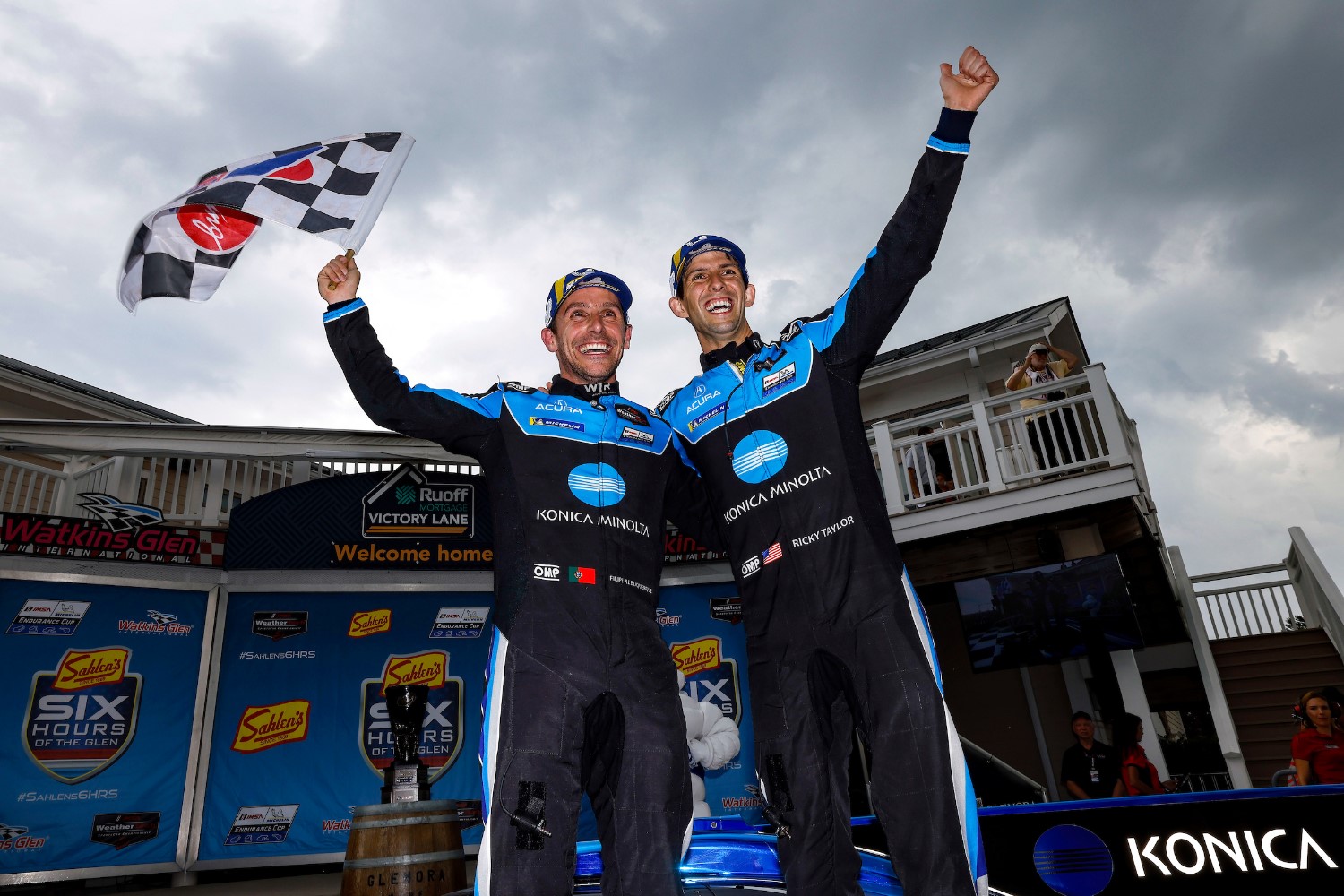 The #10 Wayne Taylor Racing Acura was victorious in Sunday’s Sahlen’s Six Hours of The Glen, in an Acura 1-2 finish on the 3.4 mile, 11-turn road course of Watkins Glen.

Filipe Albuquerque driving the #10 Acura passed the #60 Meyer Shank Racing Acura ARX-05 of Tom Blomqvist on a late restart with 21 minutes to go and held off the Englishman by 0.861 seconds.

The race was hit with hour-long red flag due to lightening in the area.

Sebastien Bourdais and Renger van der Zande completed the podium in the No. 01 Chip Ganassi Racing Cadillac DPi-V.R, ahead of the sister No. 02 entry driven by Alex Lynn and Earl Bamber in fourth.

The Aston Martins of the Heart of Racing team swept both the GTD Pro and GTD classes after post-race infractions for both the No. 25 BMW M Team RLL and No. 57 Winward Racing entries.

In a race that featured 13 GTD Pro class lead changes, seven yellow flags and an unfortunate, ill-timed red flag, the Risi Ferrari ran an exciting race which saw them running strongly in first place before the red flag was displayed and brought the race to a halt.