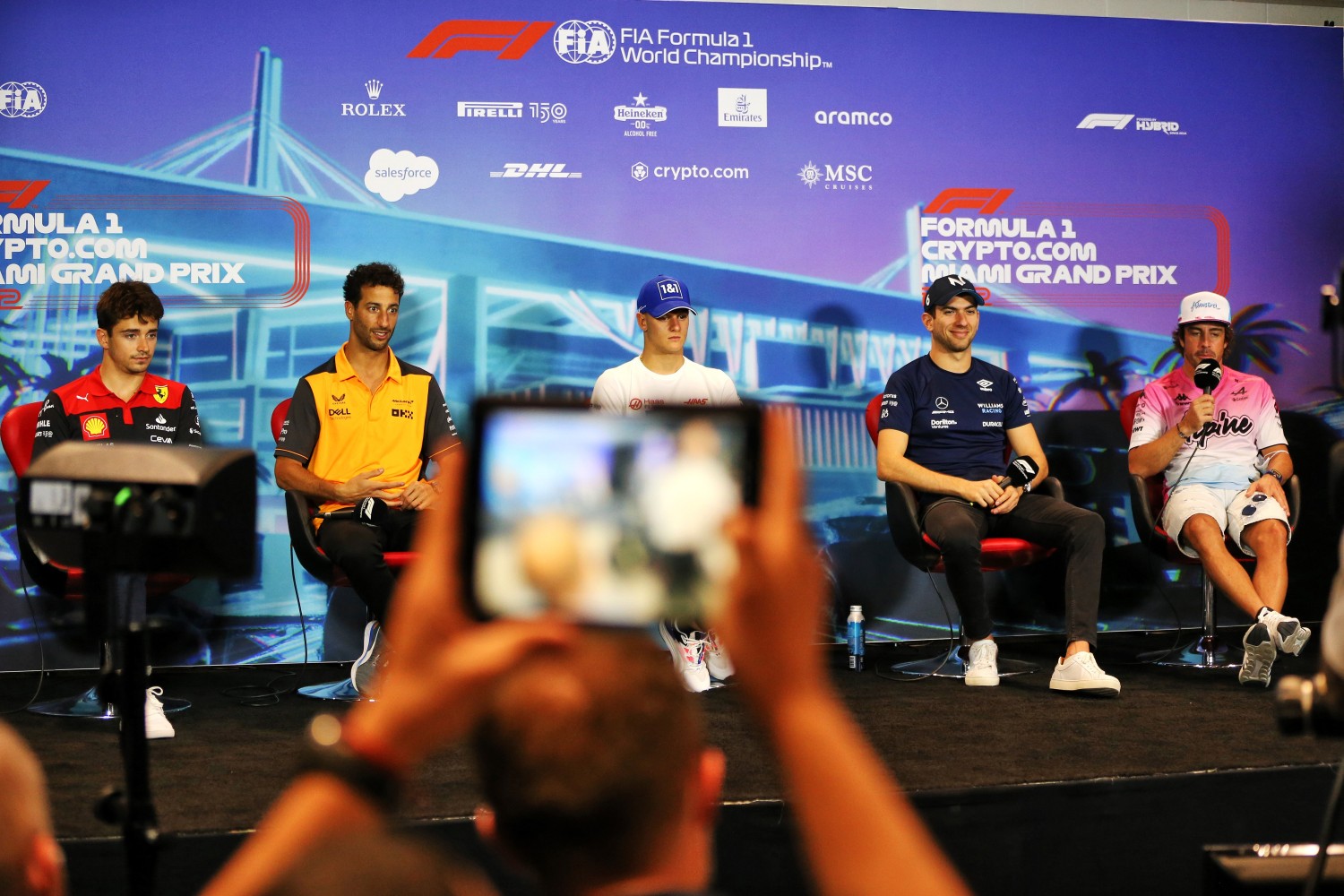 For the first nine races of the year, the FIA had attempted to condense the F1 weekend program into three officials days.

It was a change that proved unpopular with drivers and the media, the former claiming they were even more busy than previously.

From Silverstone this weekend, the pre-event press conferences will take place on a Thursday afternoon, with just 10 drivers to take part.

Those who don’t are obliged to participate in a media session organized by their team.

The remainder of the weekend otherwise runs as it was, with team representatives to face the press on Saturday morning before Free Practice 3 as had become the norm.

Post-qualifying and post-race sessions will also take place without change.

It’s part of a further opening of the Formula 1 paddock, which has continued to operate to a number of restrictions including having the permanent media continue to nominate which events they planned to attend.

Going forward, that is no longer required, though local COVID requirements for each country will remain in effect.

Drivers complained that, with the Friday morning press conferences, they were being tasked with more team press sessions on a Thursday, on top of the usual engineering prep they were involved in.

“I think it’s more about how we’re doing the press conferences and the media activities,” Max Verstappen said over the Emilia Romagna Grand Prix weekend of the new format.

“I think it was better before because now Thursday is very long, which officially is not really a day anymore but actually for us, it’s the same amount, or even more.

“And even more now on a Friday, where you come in early. I mean, coming in early is not a problem, but your whole day is longer.

“So going to more races, you would like to have a shorter weekend, but actually now, with more races we’re also having longer weekends, or at least more days that we are actually at the track and doing stuff.

“That definitely needs to change.”