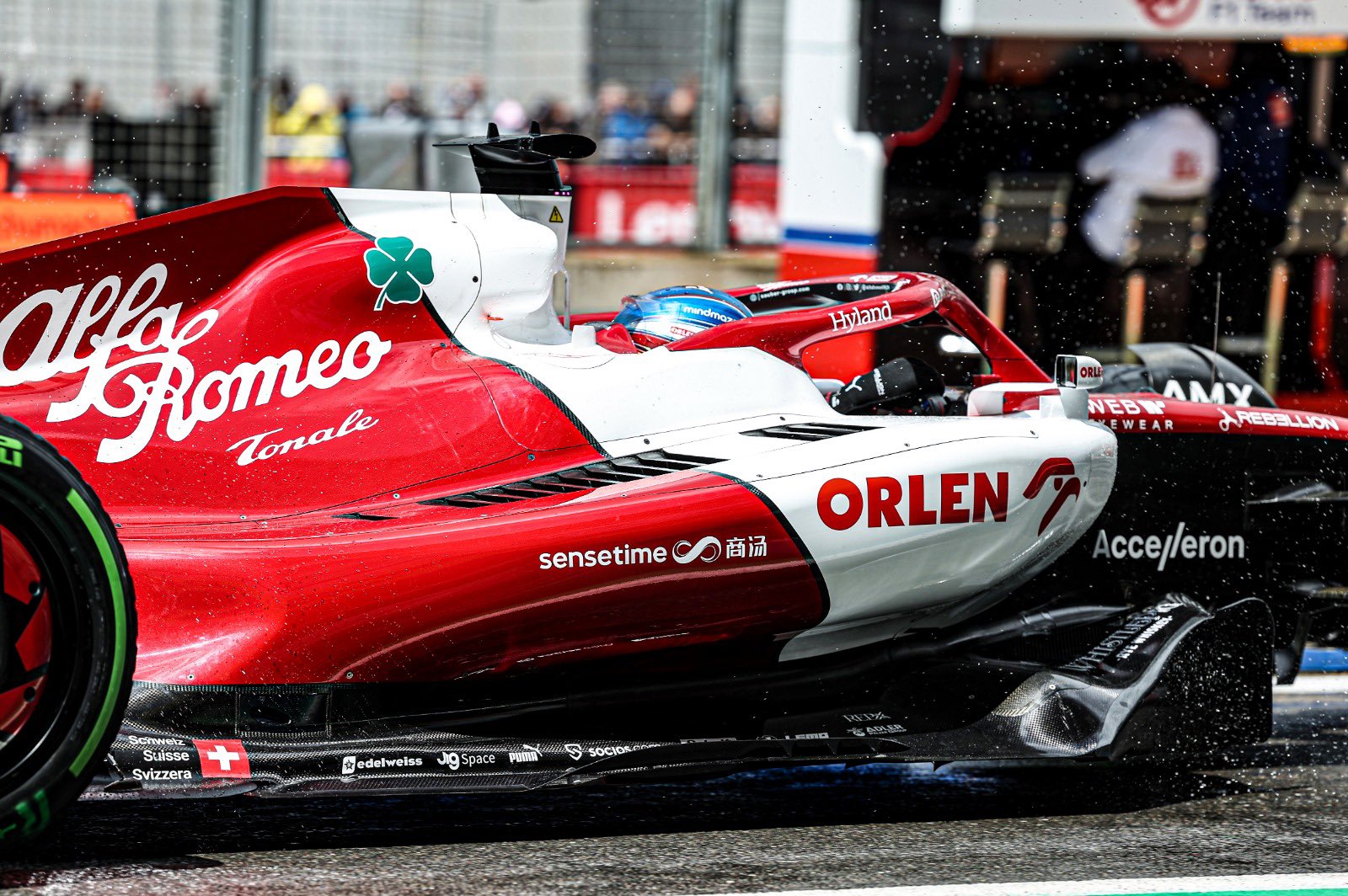 Rain showers hit the Silverstone circuit for opening practice for the British GP that resulted in limited running on Intermediate Pirelli tires.
Hence the times were essentially irrelevant unless it stays wet for Practice 2 and qualifying. Race day is expected to be dry.

That time was 0.532ss faster than Lewis Hamilton’s Mercedes

Carlos Sainz Jr and Charles Leclerc were 3rd and 4th for Ferrari.

Mick and Schumacher rounded out the top- 5 for Haas

World Champion Max Verstappen never bothered to put up a time in his Red Bull.

Frustratingly for the teams, and the eagle-eyed fans among you, is the fact that we didn’t get much of a read on the various upgrades thanks to adverse conditions in FP1, with limited mileage – Hamilton topping the lap count with 10.