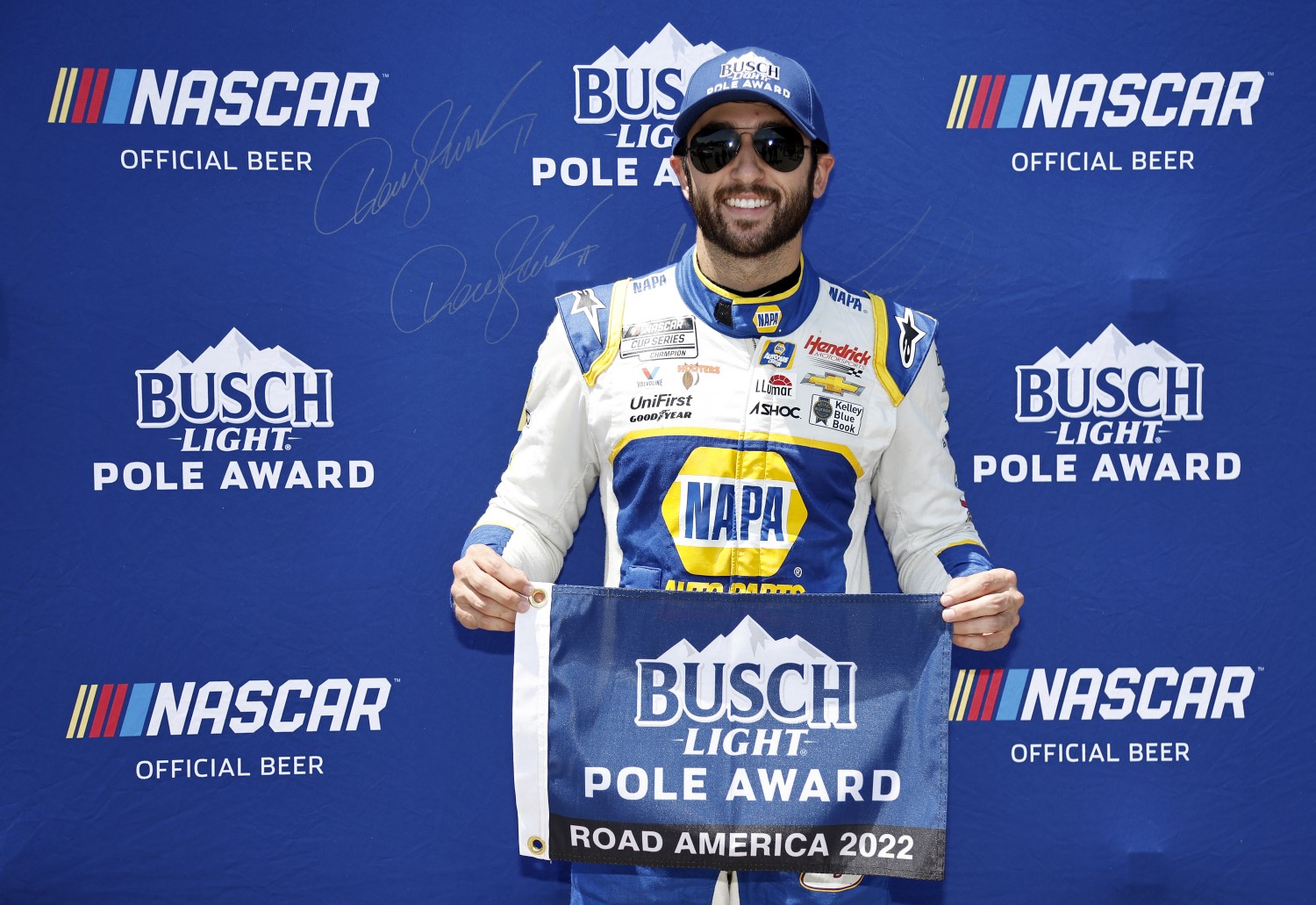 Early on, Briscoe had the hot hand, setting the tone in both of Saturday’s sessions and seemingly locking down the first starting position with a blistering 134.465-second run around the circuit. But with time winding down, road-course ace and defending race winner Elliott had the last say, squeezing past the No. 14 on the leaderboard by just 0.038 seconds. Elliott won last year’s race after starting in 34th, so the outstanding effort makes him even more of a challenge to beat Sunday.

Briscoe topped the charts in Group A’s lone session of the morning, speeding to a 134.663-second lap time at 108.217 mph in his No. 14 Stewart-Haas Racing Ford. Briscoe is no stranger to success at the popular Wisconsin road course, finishing sixth in this race in 2021 and reeling in a pair of top-seven finishes when he was in the Xfinity Series — seventh in 2019 and third in 2020.

Group A’s short session went without many incidents, but there were some. Most notable was Larson’s spin near the end of his six-lap run. The No. 5 only suffered minor damage and set a 135.278-second lap time, good for fifth overall.

Second out on the track, Group B was led by Ross Chastain, continuing Trackhouse Racing’s road-course prowess so far this season. Chastain’s fastest lap — 135.262 seconds — was clocked at third-quickest overall, 0.599 seconds behind Briscoe’s mark. Chastain’s No. 1 Chevrolet did have break issues upon later inspection, forcing the team to make changes for safety before Sunday’s race. No penalty was issued.

Toyota’s road-racing woes continued early with Christopher Bell fastest among the bunch in 12th. Bubba Wallace and Martin Truex Jr. finished 16th and 18th, respectively, with Kyle Busch, Denny Hamlin and Kurt Busch slotting in outside the top 20. No Toyota driver made it into the final round of qualifying.