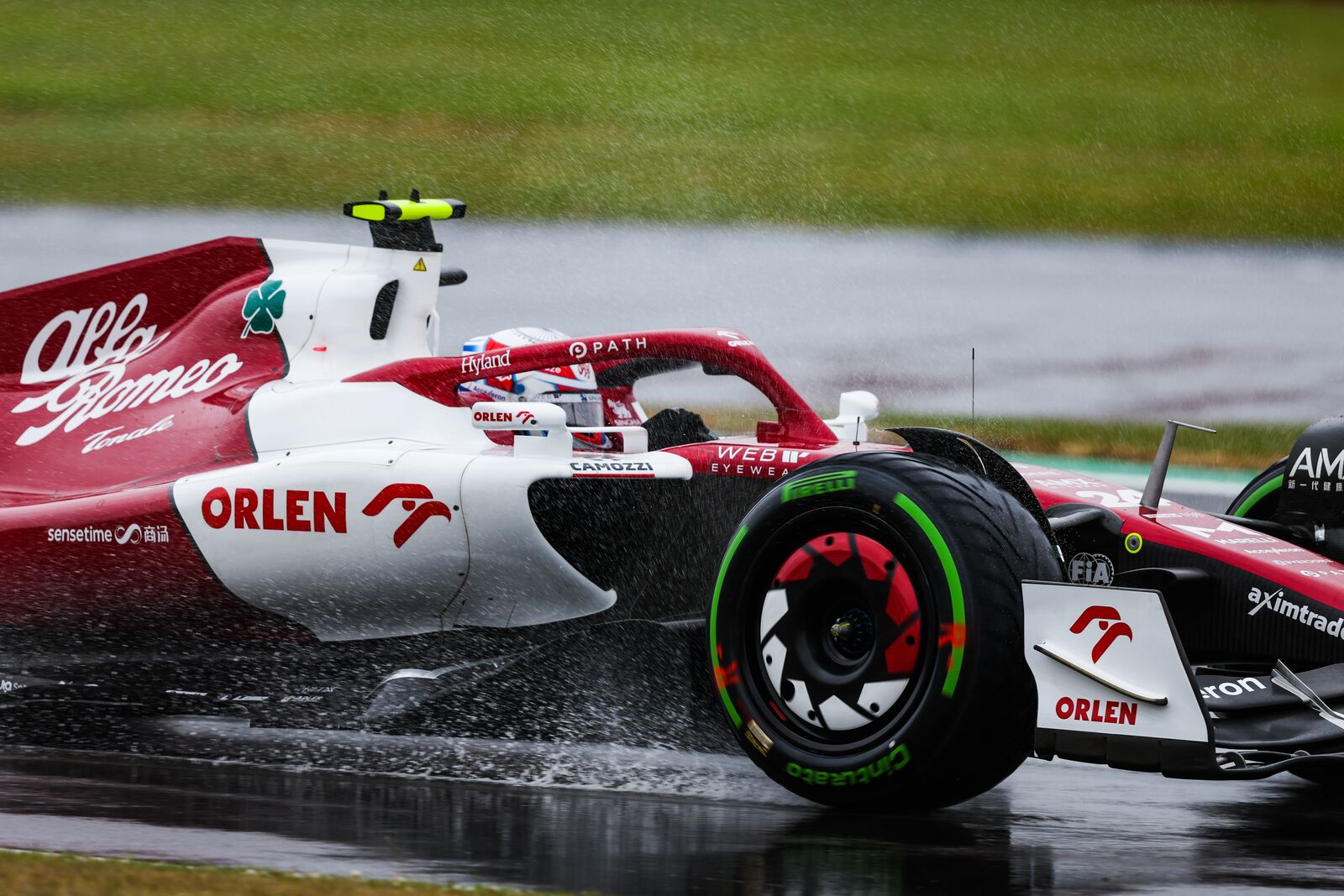 For the second race in a row, Zhou Guanyu out-qualified his vastly more experienced teammate Valtteri Bottas, the Chinese rookie again making it through to Q3 to seal ninth place on the grid, his best F1 slot so far.

A wet qualifying session at the British Grand Prix delivered an exhilarating spectacle, as the drivers braved the conditions to settle their starting positions for Sunday’s race.

Zhou arrived at Silverstone with one of the best results of his short career at the Canadian Grand Prix in Montreal, where he secured his second points haul of the season.

In a session that produced no red flags, with the drivers keeping out of the gravel and the barriers, Carlos Sainz sealed pole position, seeing off the competition of Max Verstappen and teammate Charles Leclerc.

They will start ahead of the British trio of Lewis Hamilton, Lando Norris and George Russell, who qualified in fifth, sixth and eighth respectively. Zhou’s teammate Bottas finished in 12th for Alfa Romeo.

“Qualifying was a challenge, but I would say I didn’t do too bad for a rookie,” Zhou said. “It was my first time driving in F1 in Silverstone in the wet, the conditions were very different from yesterday but today has been good, I felt like I was progressing and improving my time lap after lap.

“It was particularly tricky out there between Q2 and Q3, when it was getting damp and there was a lot of standing water, but I managed to keep the car on track and reckon I was able to maximize everything I had today, so I can consider myself satisfied of the job done.

“It feels amazing to score two back-to-back Q3 appearances, I feel like I’m growing as a Formula 1 driver and I am really happy about that.”