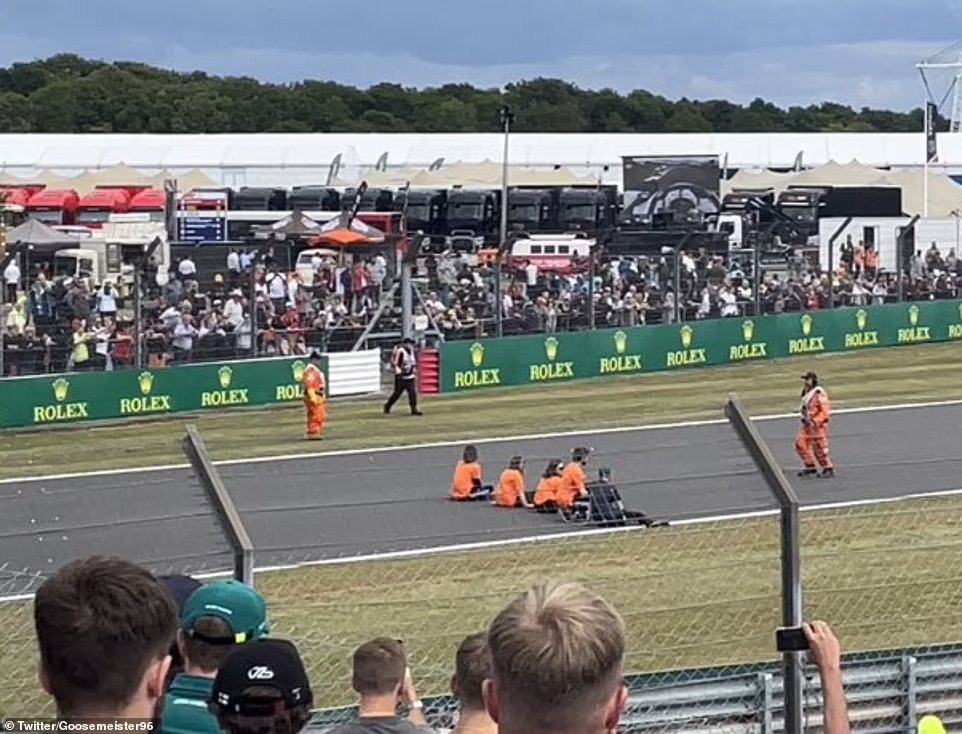 (GMM) Jacques Villeneuve has slammed the “idiots” who broke through spectator fencing to sit on the racing line and disrupt Sunday’s British GP at Silverstone.

Fellow world champion Lewis Hamilton actually defended the anti-oil protesters, although Mercedes helped the 37-year-old to walk that back in a subsequent team statement.

But yet another world champion, quadruple title winner Sebastian Vettel, also sided with the environmental crusaders.

“I think these people are not acting out of frustration, they are desperate,” said the Aston Martin driver. “I can understand their fears and concerns very well.”

He acknowledged, however, that such actions “endanger the people involved in the race weekend”.

Outspoken 1997 champion Jacques Villeneuve, on the other hand, was scathing of the “idiots”.

“I was shocked by the images,” he told the Dutch publication Formule 1.

“How stupid can you be? Do they have any idea how dangerous that is for themselves and the drivers? Cars coming at you at 300 kph is a bit different from running naked across a field.