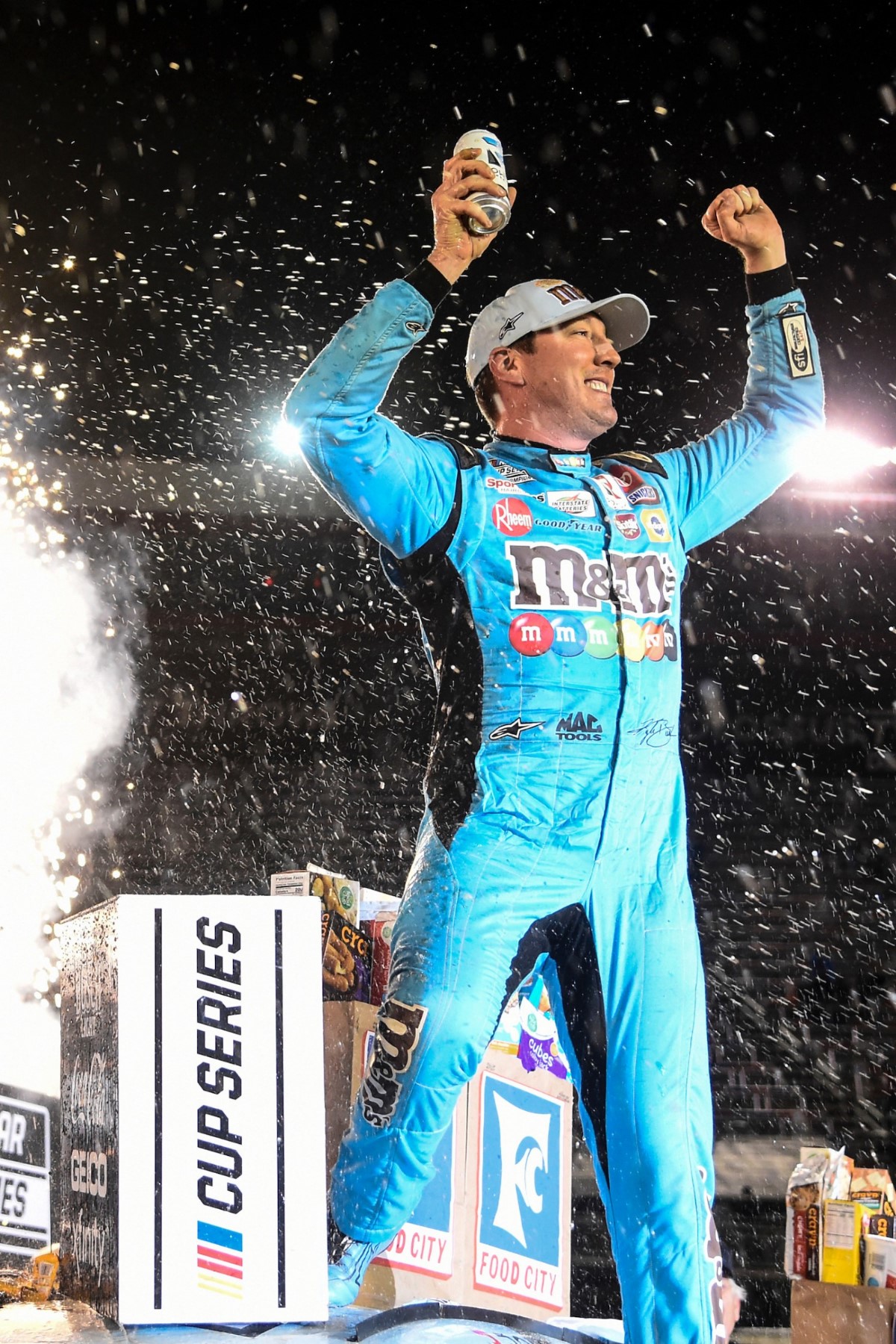 Kyle Busch said Saturday there’s no firm deadline for cementing a potential return to Joe Gibbs Racing next season, adding he has had talks with other teams.

“I mean, it would be nice sooner than later, but honestly, it doesn’t matter how soon or how late it gets done,” Busch said before Cup Series qualifying Saturday at New Hampshire Motor Speedway. “Until there’s an announcement that somebody else is driving the 18 car, then I feel like I still have a seat.”

Toyota made a big splash earlier this week with the signing of Tyler Reddick to 23XI Racing, a JGR affiliate, for the 2024 season. Busch hedged on whether that addition to the Toyota camp would impact his negotiations but admitted he’s spoken with other teams.

“The short answer is yes,” Busch said. “But you know, yeah, anything’s possible obviously. There’s all kinds of different things that can play out. It’s just a matter of what does.”  NASCAR.com

Dave Alpern, president of Joe Gibbs Racing, left no words minced: The team intends to have Kyle Busch back in the No. 18 Toyota for the 2023 Cup Series season along with Ty Gibbs back in the Xfinity Series.

What muddies those plans is the lack of signed contracts midway through the 2022 season.

“We’ve been pretty consistent since the end of last season, which is we want Kyle to be in the (No.) 18 car and that’s our plan,” Alpern said. “We’re still working on sponsorship, and as much interest as there is in our sport, these take a long time. And admittedly, this one’s taking a little longer than we thought. It’s not for lack of interest. It’s just trying to get everything put together. So those will probably happen in parallel. And, again, we’re hoping to get something decided here in the very near future.”

Those discussions persist while Gibbs, the grandson of team owner Joe Gibbs, continues to impress in the NASCAR Xfinity Series, where he has amassed four wins this year, equalling last year’s total in two less series starts. Perhaps his most impressive triumph came July 2 at Road America, where he executed a clean, late pass on defending Cup champion Kyle Larson to claim the victory.

“Obviously, Ty’s done really, really, really good,” Alpern said. “This last weekend, I gotta be honest, was exciting to see him race against a Cup champion. Look, there’s a lot of interest in Ty for a number of reasons. He’s a great driver. He’s a great kid. It’s been fun. So I think the timetable for us is to continue. We don’t want to push him too fast. There are no specific plans beyond this year in reference to a Cup race or whatever. We’re just kind of trying to play out the year and see if he can go win or can compete for an Xfinity championship this year. And he’s got four wins and he’s doing really well.”

Asked more directly if the program’s intent is to keep Gibbs in the second-tiered Xfinity Series for 2023, Alpern said: “Yes, that would be the plan. That is Plan A.”

Alpern indicated no concern in getting Busch re-signed with the proper partners in place.

“What we do is get sponsors. I mean, we’ve been doing that for 30 years. We’re in the business,” Alpern said. “I think it’s not a matter of just slapping something on the car. It’s finding a partnership that makes sense. And so we’re just trying to find the right fit.”

But for now, the dotted line sits blank.

“We have every intention (of re-signing Busch),” Alpern said. “Pro sports — look, things happen. Carl Edwards retired on the week of Christmas one year, so trying to speculate what’s going to happen? Things happen. But the plan is we feel confident there’ll be a good partner on that car for next year.

“And, again, the hope is that Kyle Busch will be in it.”