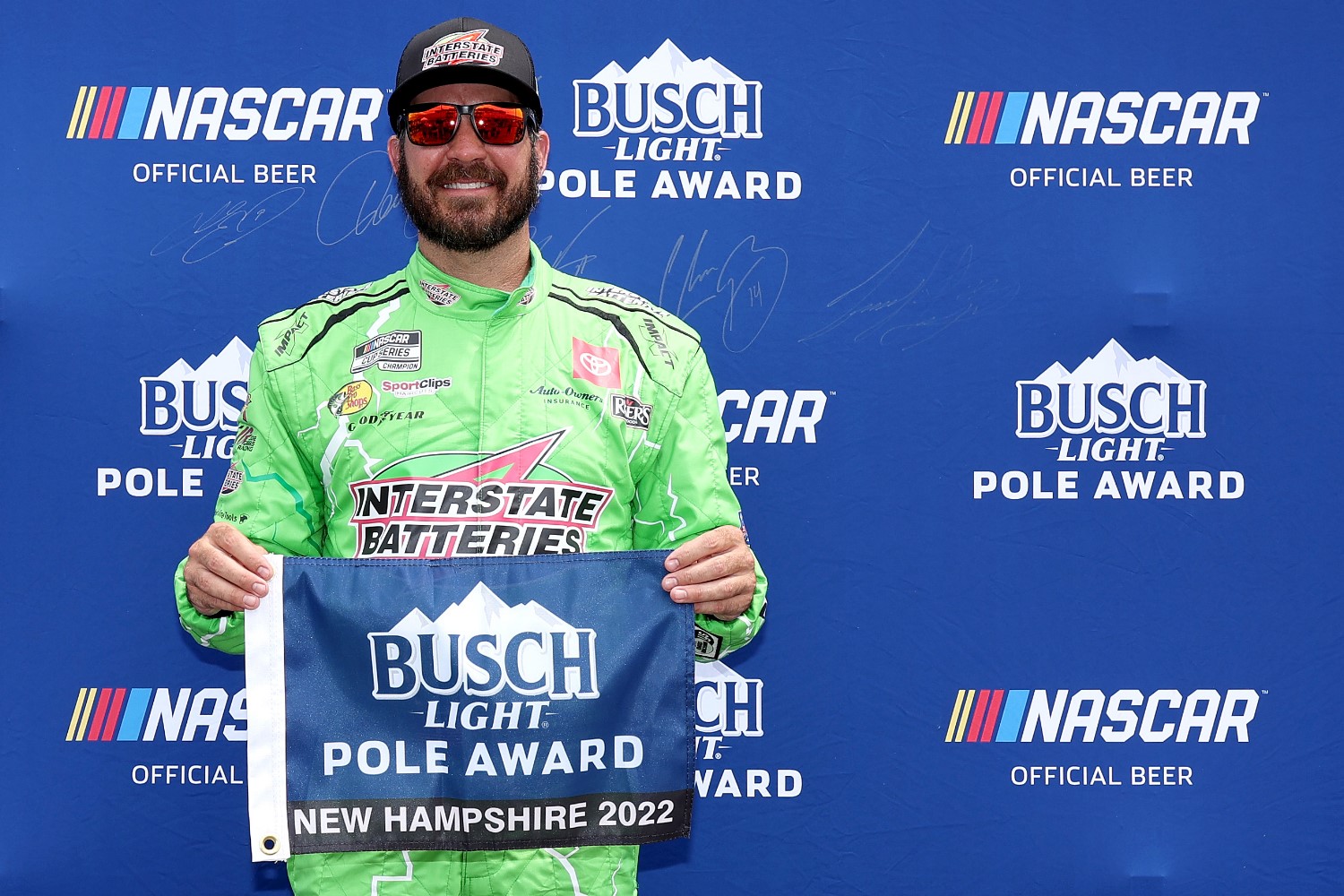 Truex last started on pole at Kentucky Speedway in 2018 – one of two race wins from pole in the last three times he’s started out front. Another showing like that this week would be key for Truex, who is still racing for his first victory in 2022. The 42-year-old driver’s best showing is a fourth place at Richmond, 13 races ago.

It’s the second pole position for Truex at New Hampshire – last earning the top starting spot in his 2017 championship season – and 20th pole position of his career.

“You always want to be the fastest guy, you know, whether it’s practice, qualifying or the race,” Truex said. “And we got a small victory today. So, victories are all good, and hopefully we can make it work for us tomorrow, which is obviously a lot more important.”

Kurt Busch and his 23XI Racing teammate Bubba Wallace will start their Toyotas on the second row, followed by another Toyota, JGR’s Christopher Bell, who has three Xfinity Series wins at the track and finished runner-up to Aric Almirola in last year’s NASCAR Cup Series race at New Hampshire.

It’s the best start for Keselowski, in his first year as co-owner of the No. 6 RFK Racing Ford, since a third-place qualifying effort at Daytona – his only other top-10 start of the season.

The 36-car field was split into two groups, with the top five in each qualifying bracket advancing to the 10-car final round. Elliott logged the best lap in Group A qualifying, and Busch was the pace-setter for Group B.

Each group had 20 minutes of practice as a prelude to the qualifying session. William Byron was fastest in the Group A session — and fastest overall — at 127.483 mph in the No. 24 Hendrick Motorsports Chevrolet. Teammate Kyle Larson’s No. 5 Chevy led Group B with a best speed of 127.091 mph, good for fourth overall.