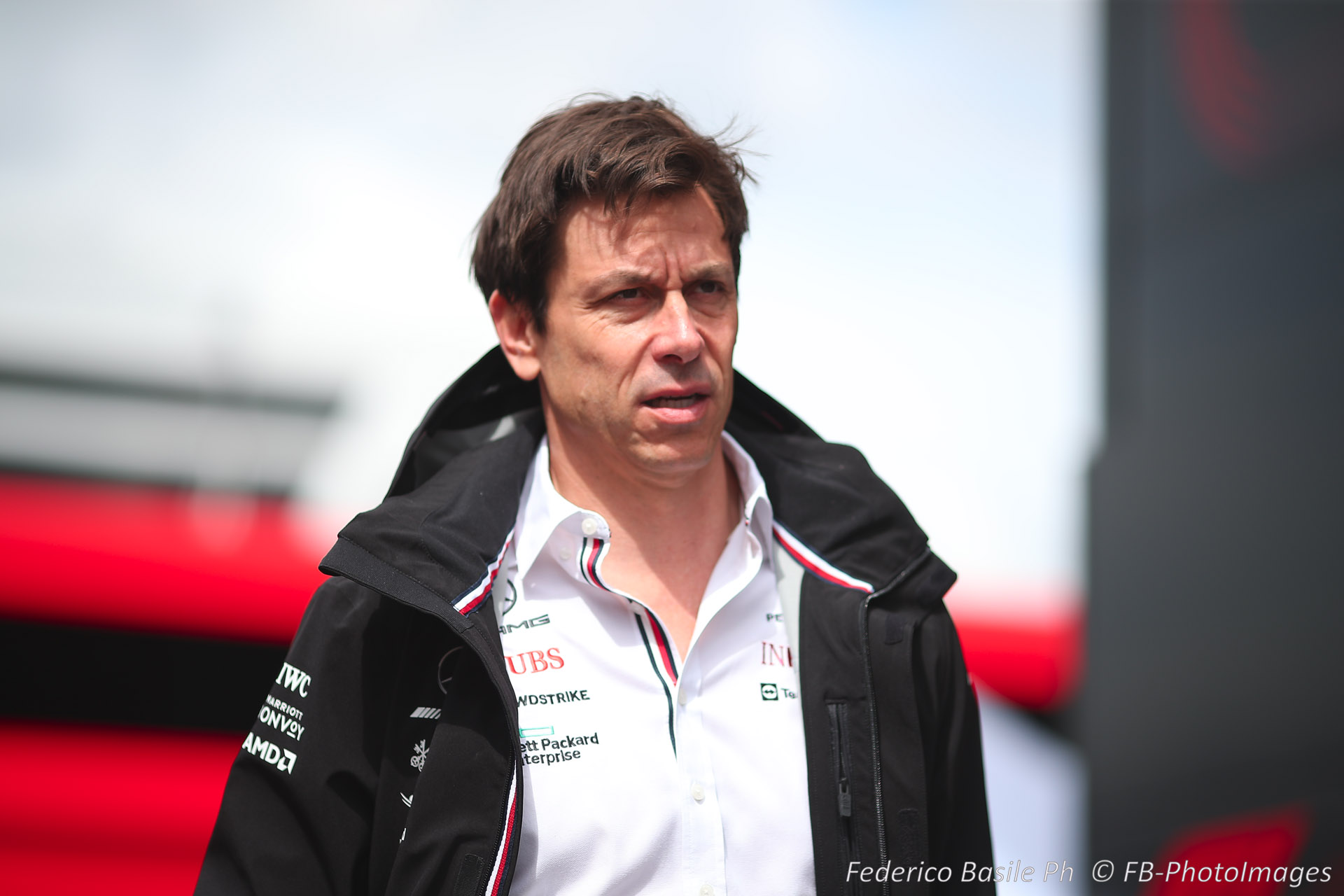 Because he has his former lawyer as a plant within the FIA, Toto Wolff gets inside information that no other teams get.  That was clear when Mercedes recently added a 2nd floor stay to their car before the other teams even knew it was going to be allowed.

Wolff maintains his belief, and his plant in the FIA likely told him, that “some teams” have made car floors which are “clearly against the regulations” given how they ‘flex’ in certain places.

The FIA issued a new Technical Directive [TD] before the Austrian Grand Prix weekend that aims to clamp down on so-called ‘flexi-floors’, which is set to come into force at the Belgian Grand Prix in August having originally been pencilled in to begin at Paul Ricard this weekend.

Wolff feels this had previously been something of a gray area in the regulations – with teams theoretically able to find extra performance by a degree of ‘flex’ coming from underneath the car which, in turn, runs them closer to the ground, making better use of the ground-effect aerodynamics on the new generation of cars.

Mercedes team principal and CEO Wolff elaborated on how he thinks certain teams are breaching the current regulations.

“Some teams have skids that actually disappear when the car hits the bottom [of the ground],” Wolff told reporters, quoted by RacingNews365.

“The reason for skids is they are the limitation of how much [wear of the board] you can have. If the skid can disappear miraculously into the floor, that’s clearly against the regulations.

“Then the second thing is there is a plank that can deflect, or that basically also moves away more than the tolerance should be.

“The tolerance is one millimeter and if a plank moves away many more millimeters up into the car, obviously you gain some performance there too.

“I think the first one [flexing floor] will disappear for Spa, the second will be clarified in next year’s regulations.”