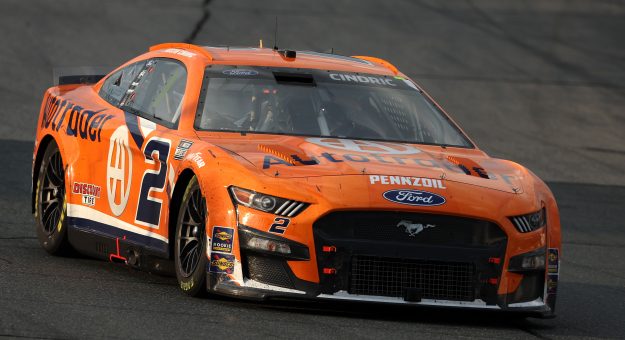 Austin Cindric had brought the No. 2 Ford to pit road for service during the Stage 2 intermission of Sunday’s Ambetter 301. Shortly after leaving his pit stall, the left-front wheel detached from his car and rolled down pit road.