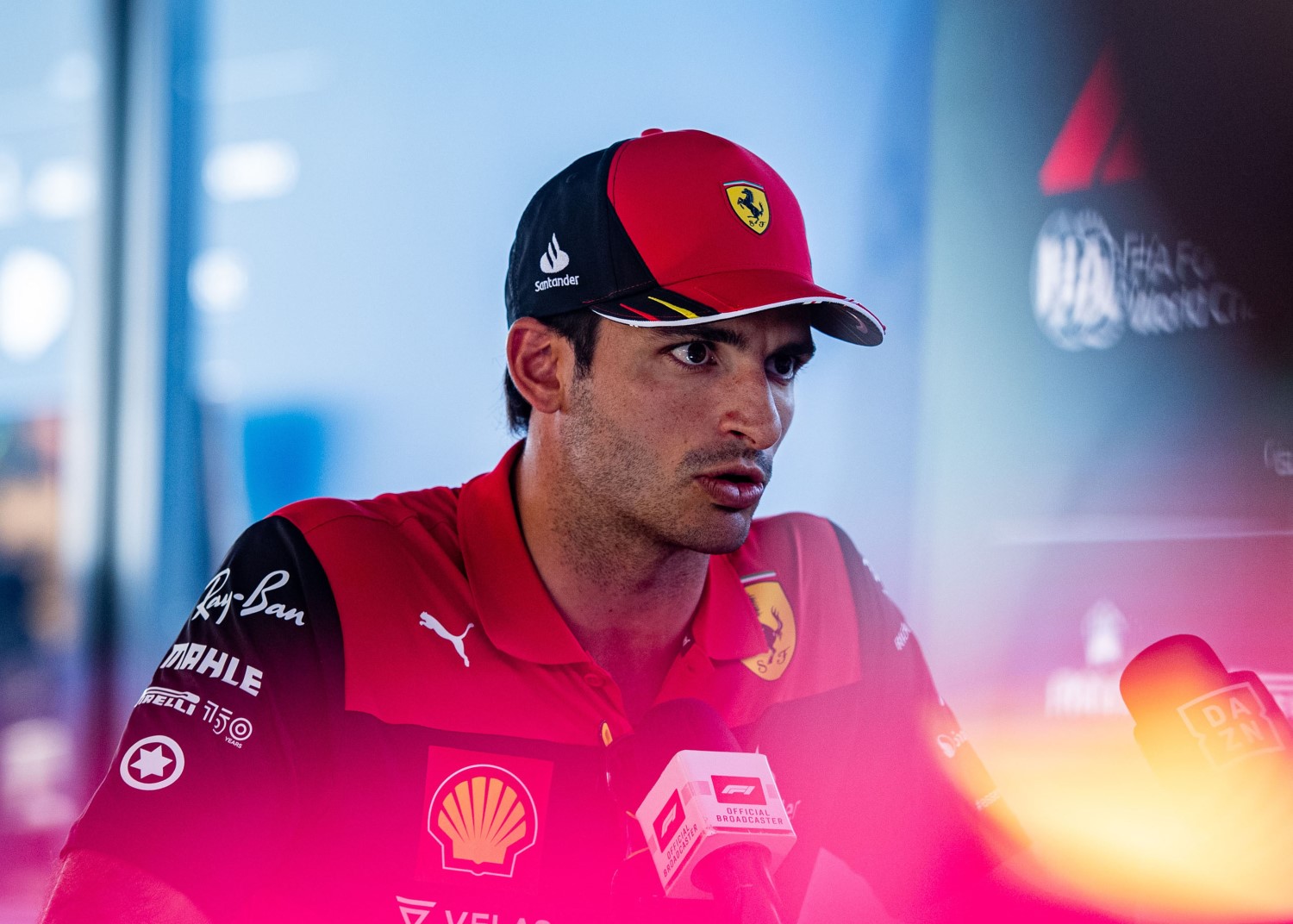 Unofficially, most regard the Spaniard as subordinate to Charles Leclerc, with many calling on the Maranello marque to boost its title chances to making that status formal.

“None of that has come from me,” Sainz, who secured his breakthrough win at Silverstone but suffered a catastrophic engine failure in Austria, told the Spanish press at Paul Ricard.

“I arrive every weekend knowing that I can fight freely with Charles, although you always respect your teammate. I come here with the same mentality.”

He said he isn’t sure if the situation will change later in 2022, adding: “But when that moment comes, it will be communicated. I hope.”

However, Sainz doesn’t see his 37-point deficit to Leclerc as a major problem.

“The important thing is that I was not faster than Charles at the beginning of the season, but now it happens, and I know I have room to keep making steps forward.

“When I discover a couple of other things that I lack in the car, I think I can have a very strong second part of the championship,” he added.

A likely grid penalty in France following his Red Bull Ring failure, though, is a definite spanner in the works.

“There’s nothing left of the engine, but the chassis is fine, which is a good thing,” the 27-year-old said.

“How it’s going to affect me, we’ll see because it’s something we’re evaluating now. I have more engines that are not broken, but mileage is important and that’s why there is the possibility of a penalty,” Sainz explained.