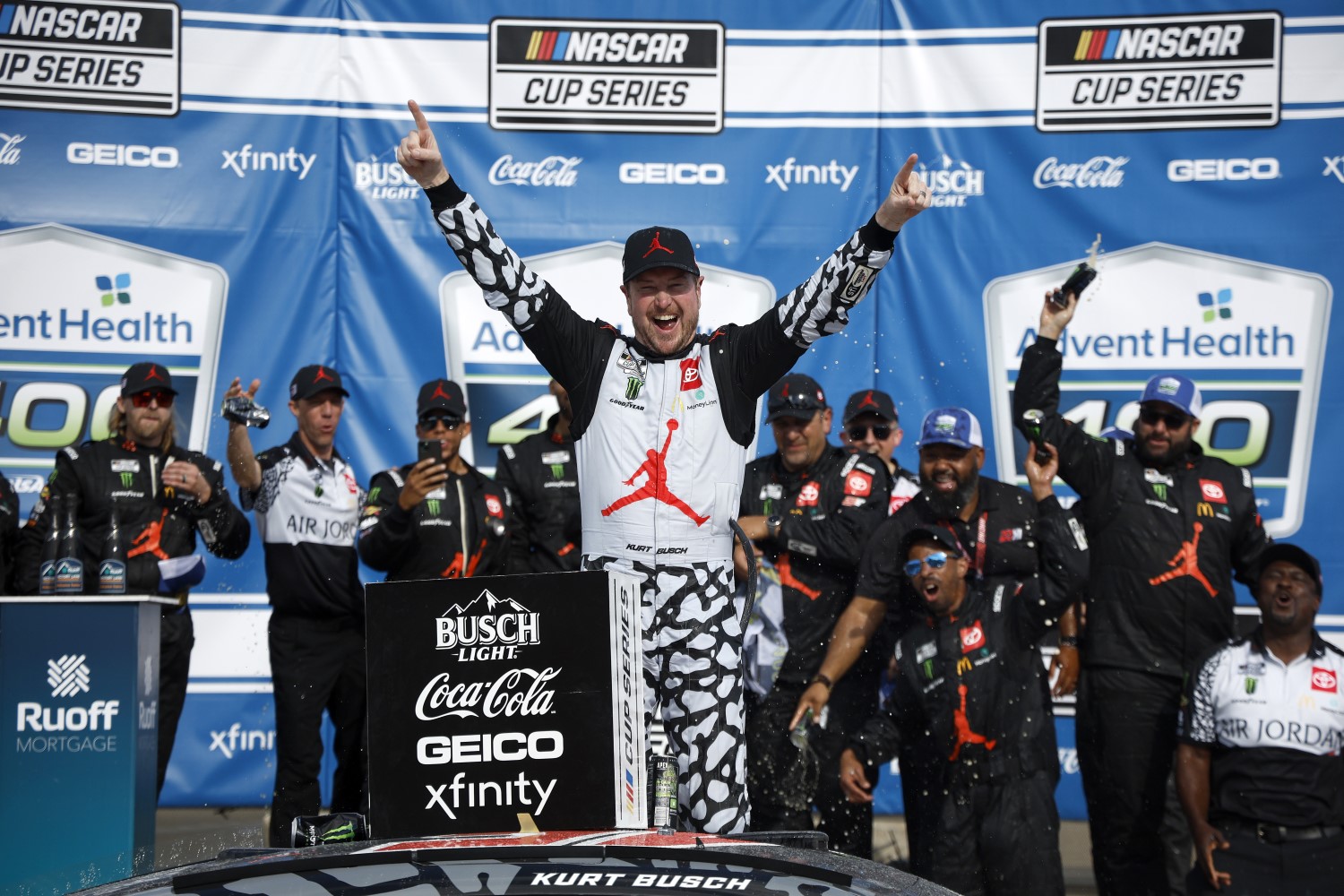 Kurt Busch is exactly two weeks away from turning 44 years old, which doesn’t make him the oldest driver in the NASCAR Cup Series, but in his 22nd full-time season at the sport’s highest level, he’s up there.

So naturally, talk of his retirement comes up every once in a while, or, as he put it, rumors and questions are “out there all the time.” Even two years ago, the 2004 Cup Series champion said there was a “50-50” chance he’d be done after the 2021 season. But he’s still in it and earned his 34th career Cup win in May at Kansas Speedway, moving him into 25th on the all-time wins list.

However, while a guest on CBS Mornings on Thursday to plug the Chicago NASCAR street race, Busch — who currently pilots the No. 45 23XI Racing Toyota for Michael Jordan and Denny Hamlin’s team, said, “I’ve been in this sport 23 years, and this, to me, is like one of those kid-in-the-candy-store moments of, ‘I wanna be part of this.’ And I’m glad that I’m having the chance to drive next year for the team, and I might be done driving after that.”

To celebrate NASCAR’s 75th season, professional drivers are expected to head to Chicago next summer for the first-ever street race in NASCAR Cup Series history.@KurtBusch says the race is an “unprecedented, bold move” for his sport — and shares why it may be his last lap. pic.twitter.com/gChP1yJcTU