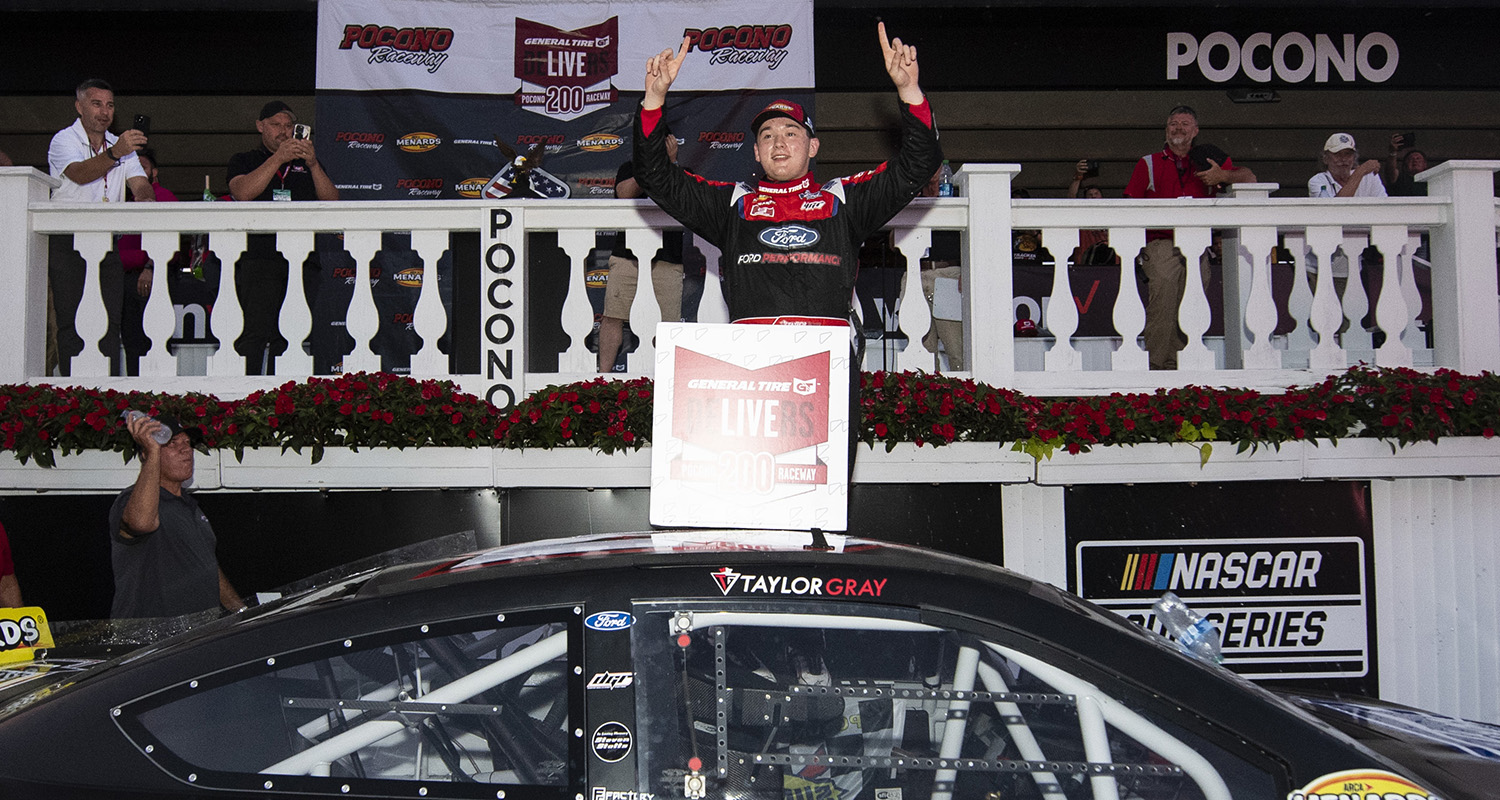 Friday was an up-and-down day for Taylor Gray, but it ended on an upswing.

The 17-year-old driver from Denver, North Carolina, was declared the winner of the ARCA Menards Series General Tire Delivers 200 at Pocono Raceway on Friday when the race was called 16 laps early due to encroaching darkness.

While Gray led more than half of the event, he lost a lap during the first of two scheduled race breaks after a slow pit stop meant he didn’t beat the pace car off pit road. He would be forced to race his way back onto the lead lap.

A timely caution for the stalled car of Parker Chase on Lap 46 allowed Gray to get back on the lead lap. Gray’s crew chief Chad Johnston wisely called his driver to pit road to top off with fuel during the caution period while the leaders stayed out.

“All props to Chad Johnston for making a good call,” Gray said following his series-best third ARCA Menards Series victory this year. “Heck of a call by Chad being able to make it on fuel.”

Gray then avoided a multi-car crash involving Amber Balcaen, Andy Jankowiak, Sean Corr and Ed Pompa between Turns 2-3 that brought the caution back out with 31 laps left in the scheduled distance. Following a lengthy red flag for clean-up, all of the leaders that opted not to pit during the previous caution made their pit stops for fuel.

That gave the lead to Gray, a position he held for the remainder of the race. The event was ultimately called after 64 laps following a caution flag for a spin by Jesse Love.

“Whenever we went a lap down, I definitely didn’t think we’d end up here,” Gray said after a celebratory burnout on the frontstretch of the 2.5-mile speedway. “There is no quit in us at DGR, and I can’t thank all my guys enough.”

Rev Racing’s Nick Sanchez was within a second of Gray in the final laps, but the caution for Love’s spin ended his hopes of scoring his third ARCA Menards Series victory of the season.

“We just pitted and kind of covered ourselves on tires,” Sanchez said. “Restarted I think fourth and got to second. Just kind of ran out of laps. I don’t know what lap we ended on, whether it be 60 or 65, I think if it went the distance our car would have come in and we would have gotten him.”