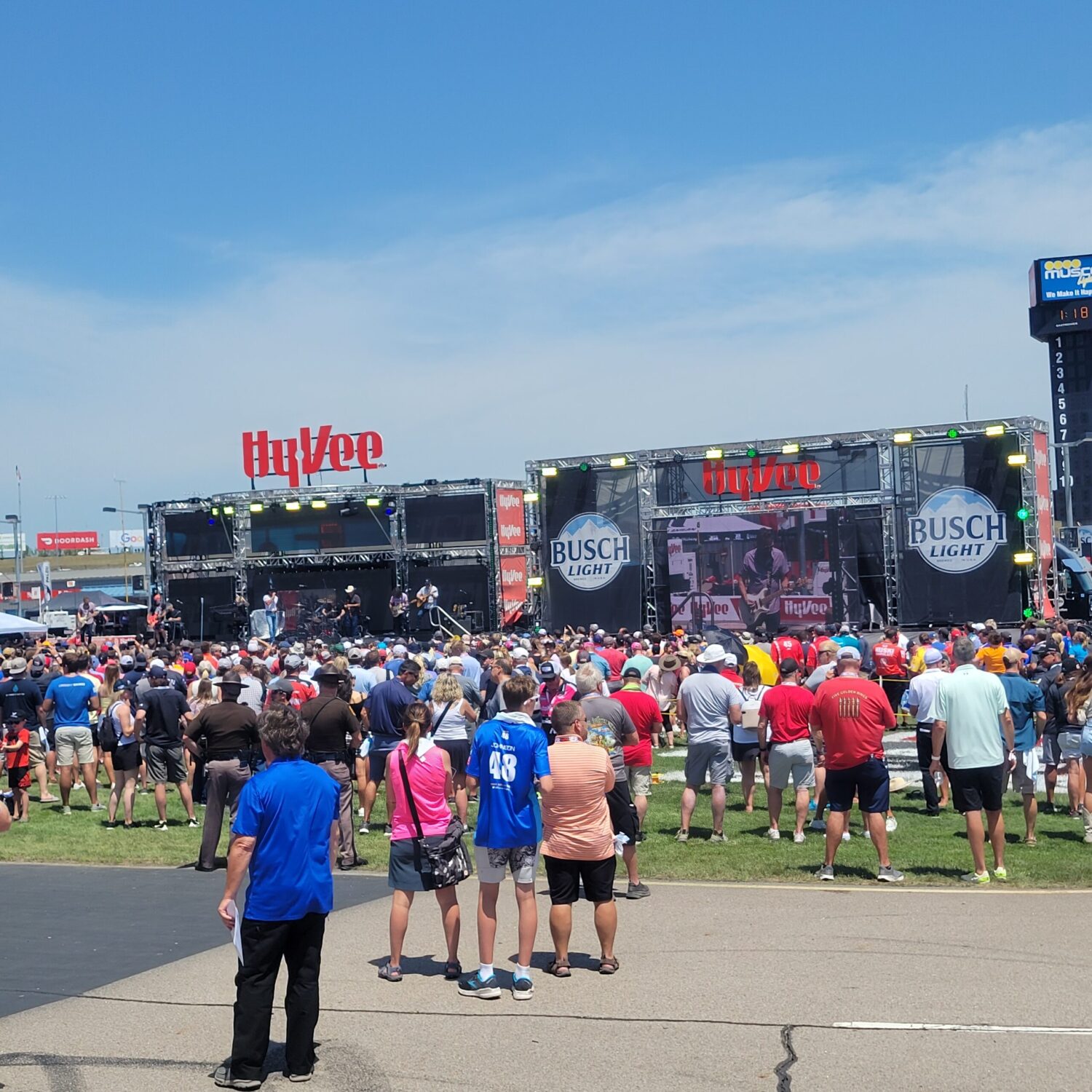 Qualifying is over and now the wait is on for the teams and drivers.   The NTT INDYCAR Series has impounded all the race cars with a small window to only change certain things, like the back wing angle,  before race time.  Officials are in the garages, making sure the teams are not touching their cars.

This is not the usual routine for the teams that are constantly working on the cars right up until they move their car to the starting grid.

So the team members are just sitting around outside the garages and soon will be having a leisurely lunch.

About 1 pm, Tim McGraw, a country music singer, songwriter, record producer, and actor, will take the temporary stage on the race track and perform many of his top hits, of which 25 have reached number one on the Hot Country Songs charts.

Johnson won the 2007 gymnastics world championship and she captured the gold medal on the balance beam, along with silver medals in team, all-around and floor exercise for Team USA at the 2008 Winter Olympics.  After retiring from Olympic competition, Johnson won the 2009 season of Dancing With the Stars.  Johnson will wave the green flag to start today’s race from the Iowa Speedway starter’s stand.