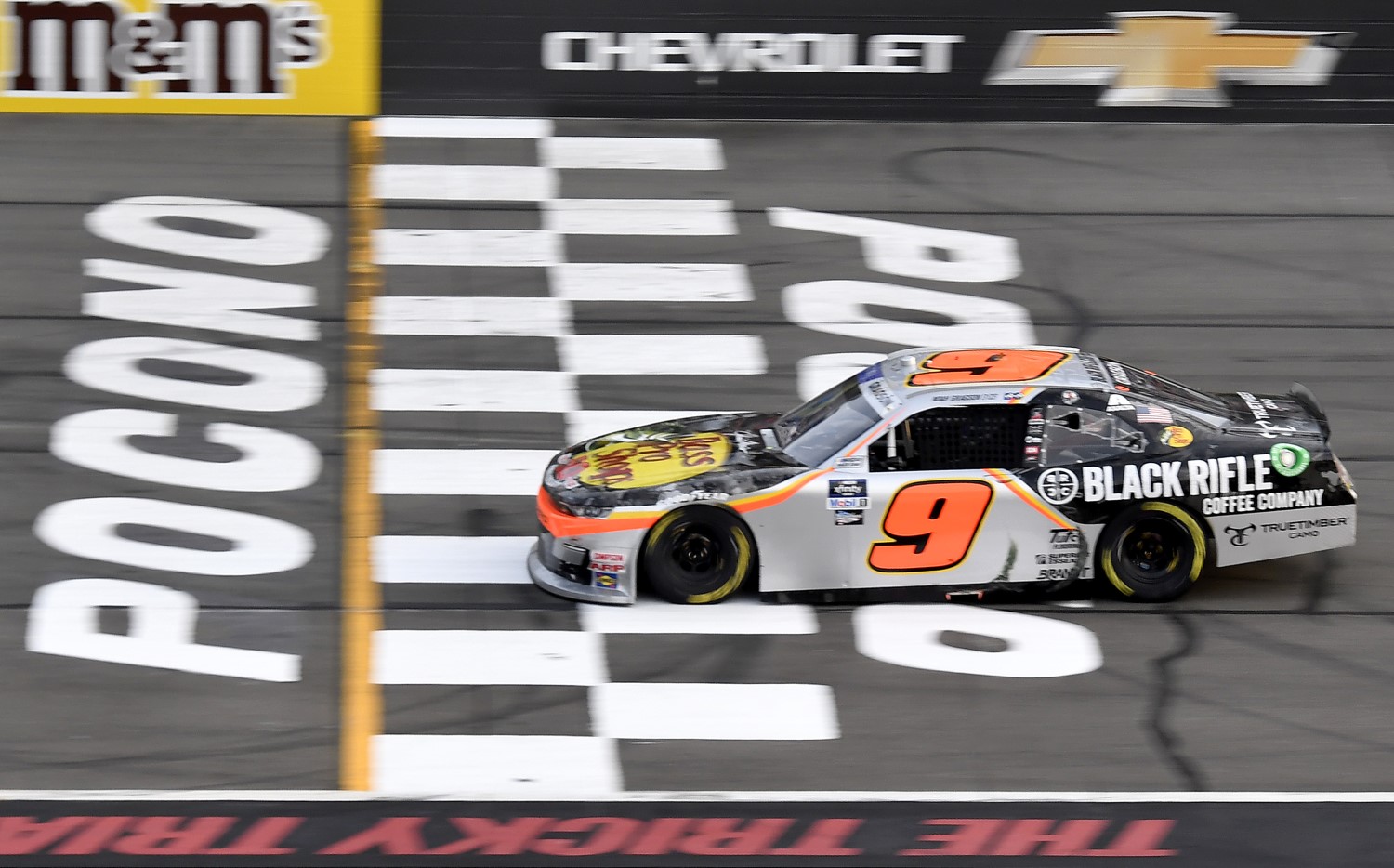 For the third time in 2022, Denny Hamlin will lead the Cup Series field to green as he won the pole at Pocono Raceway on Saturday afternoon with a 169.991 mph lap. It’s the 36th career pole award for the driver of the No. 11 Joe Gibbs Racing Toyota.

Kyle Busch will join Hamlin on the front row after completing a 169.498 mph lap. Cup Series champions and Hendrick Motorsports teammates Chase Elliott and Kyle Larson locked out Row 2 while Chris Buescher and Ryan Blaney will start in Row 3.

Across the Final Stage of the Explore the Pocono Mountains 225, the driver of the No. 9 JR Motorsports Chevrolet passed his JRM teammate Josh Berry for the lead and out-dueled Ty Gibbs in the closing laps to grab the checkered flag.

Gragson led three times for a race-high 43 laps. Saturday’s win is a rebound for Gragson after having his result disqualified at New Hampshire Motor Speedway last weekend and is JR Motorsports’ seventh win over the last 11 races.

After two-consecutive results outside the top 20, Gibbs finished runner-up for the second time this season. Berry crossed the stripe in third place after leading early in the Final Stage, settling for his fifth top-five finish in the last seven races. AJ Allmendinger and Sheldon Creed rounded out the top five.

On Lap 46, a multi-car wreck involving Santino Ferrucci, Ricky Stenhouse Jr., Jeb Burton, Jeremy Clements and Ronnie Bassett Jr., brought out a red flag after Burton’s car went airborne and slid down the frontstretch upside down. Burton was checked and released from the infield care center.

It marked the seventh race win for a Kyle Busch Motorsports (KBM) team in the last eight Pocono races with Smith leading a commanding 49 of the 60 laps in the No. 18 KBM Toyota Tundra. The 20-year-old Georgia native held off a final-lap charge from Ryan Preece by .262 seconds to hoist his fourth career trophy.

“We’ve been going through a little bit of a struggle here recently, but just when we needed to shine and we started shining,” Chandler Smith said of the victory — his first since a win in March at Las Vegas Motor Speedway.

Front Row Motorsports driver Zane Smith finished a distant 13th in his No. 38 Ford F-150 after dealing with throttle issues early in the race. But with the regular-season title in hand, the series-best three-race winner will start the playoffs with the all-important 15 bonus playoff points. He’s hoping to become the first Regular Season Champion to win the season title since 2017.

“Man, today was a major struggle,” Zane Smith said. “Started out from the green flag to pretty much the end of Stage 2 our throttle was sticking and everything we were doing wasn’t fixing it. Glad we’re on to the playoffs and ready to get this postseason started.”