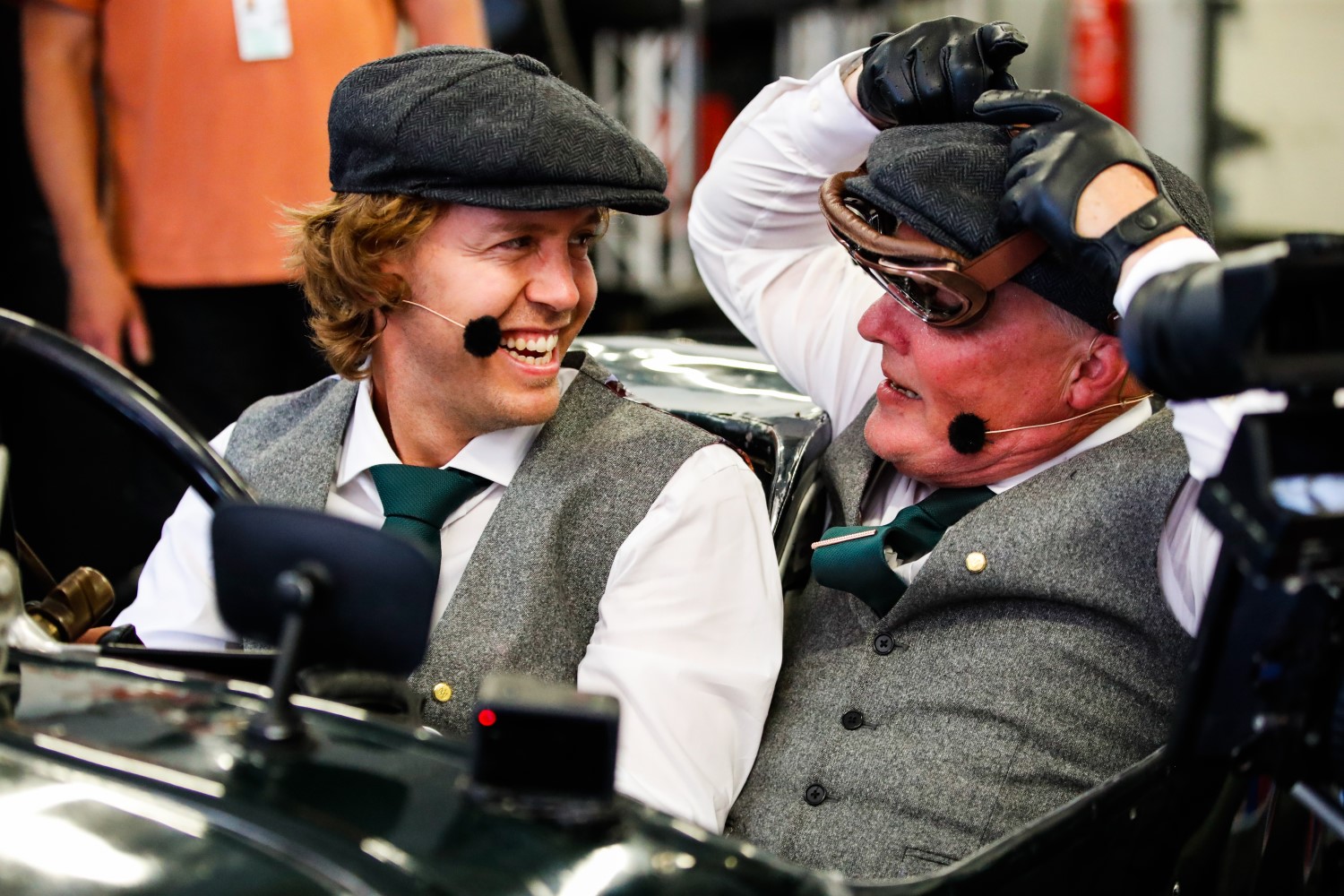 (GMM) Toto Wolff hopes his friend Sebastian Vettel can hang onto his place in Formula 1.

While the quadruple world champion is in talks with Aston Martin and expected to sign a new deal for 2023, it is also clear that he has become somewhat disillusioned with the sport.

He now regularly uses the paddock and his helmet liveries to draw attention to various cultural activism causes – and has now hit out at Formula 1 for not doing more to promote environmentalism.

For instance, he took his own 1992 Williams to the British GP recently and ran it with his own ‘green’ fuel – and did a similar demonstration this weekend at Paul Ricard with the original 1922 Aston Martin.

“Although we had much less time to prepare the project this time, we still managed to do it,” said the German. “So you can see that it is possible.

“The possibilities are there to do that in Formula 1 as well. Ask yourself why the people here are so slow,” he told Bild newspaper.

“We always claim that we are the best and the fastest, but we are more than four years behind modern technology.”

Vettel added: “There are so many problems in the world, but money and politics so often keep us from doing what would actually make sense.

“Formula 1 is no different,” he insisted.

Even Aston Martin, however, has asked Vettel to consult the team more closely before launching controversial activist campaigns – such as his ‘climate crime’ helmet in Canada.

But Mercedes boss Wolff hopes Vettel is not lost to Formula 1.

“It would be a shame if we lost another straightforward and intelligent mind. There are too few of those in Formula 1,” the Austrian told ntv.

Wolff, 50, admits his family – including wife Susie and their young child – is close to Vettel’s own young family.

“The families are friends and I value his opinion very much,” he said.

However, he says they don’t talk much about Formula 1.

“We talk more about God and the world, environment, families, upbringing than about the sport,” said Wolff.