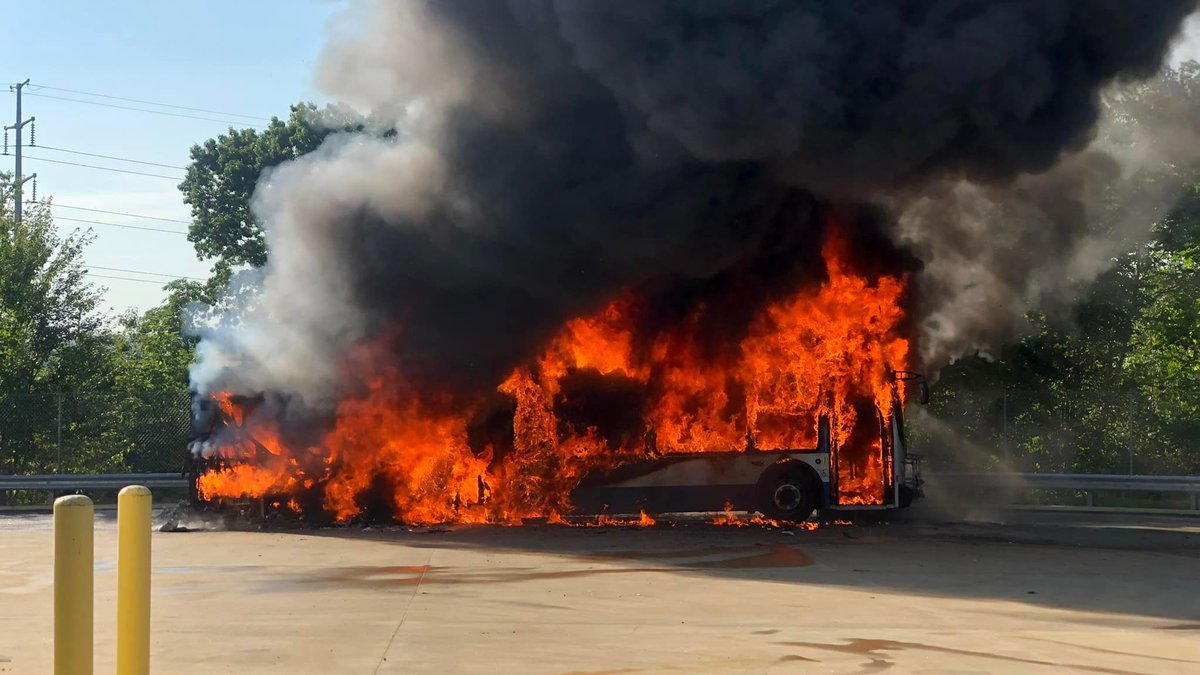 Just one day after officials promoted the passage of the Connecticut Clean Air Act, CTtransit, the Connecticut Department of Transportation’s bus service, has pulled its entire fleet of electric buses due to one bursting into flames. The electric vehicles have been replaced with traditional diesel-powered buses.

The CTtransit bus caught on fire in a Hamden parking lot on Saturday morning and resulted in two workers and a firefighter being sent to the hospital.

The state is pulling Connecticut Transit’s Entire Electric Fleet off the roads after a bus caught fire in Hamden this weekend.

The fire occurred in the CT transit parking lot on Saturday. Investigators are working to determine the cause of the fire, and residents will not be able to ride the 12 electric buses until the investigation is completed.

“I think it’s a great initiative for the state, I mean save on gas but I think there will be some glitches along the way, especially with extreme heat. Temperatures spiked close to 100 Saturday when the electric bus caught fire. At the source of the fire—its lithium-ion battery,” said Cheryl Santore of Ansonia.

“Lithium ion batteries once they start burning and you pour water on them, it flares them up even more… As more and more electric vehicles come on the road I think we will have more and more incidences like this, until the manufacturers can come up with additional safety procedures,” said Hamden Fire Battalion Chief Rich Otlowski.

“Lithium ion battery fires are difficult to extinguish due to the thermal chemical process that produces great heat and continually reignites.” Two transit workers were hospitalized as a precaution after being exposed to the smoke and a firefighter was taken to the hospital for heat exhaustion.