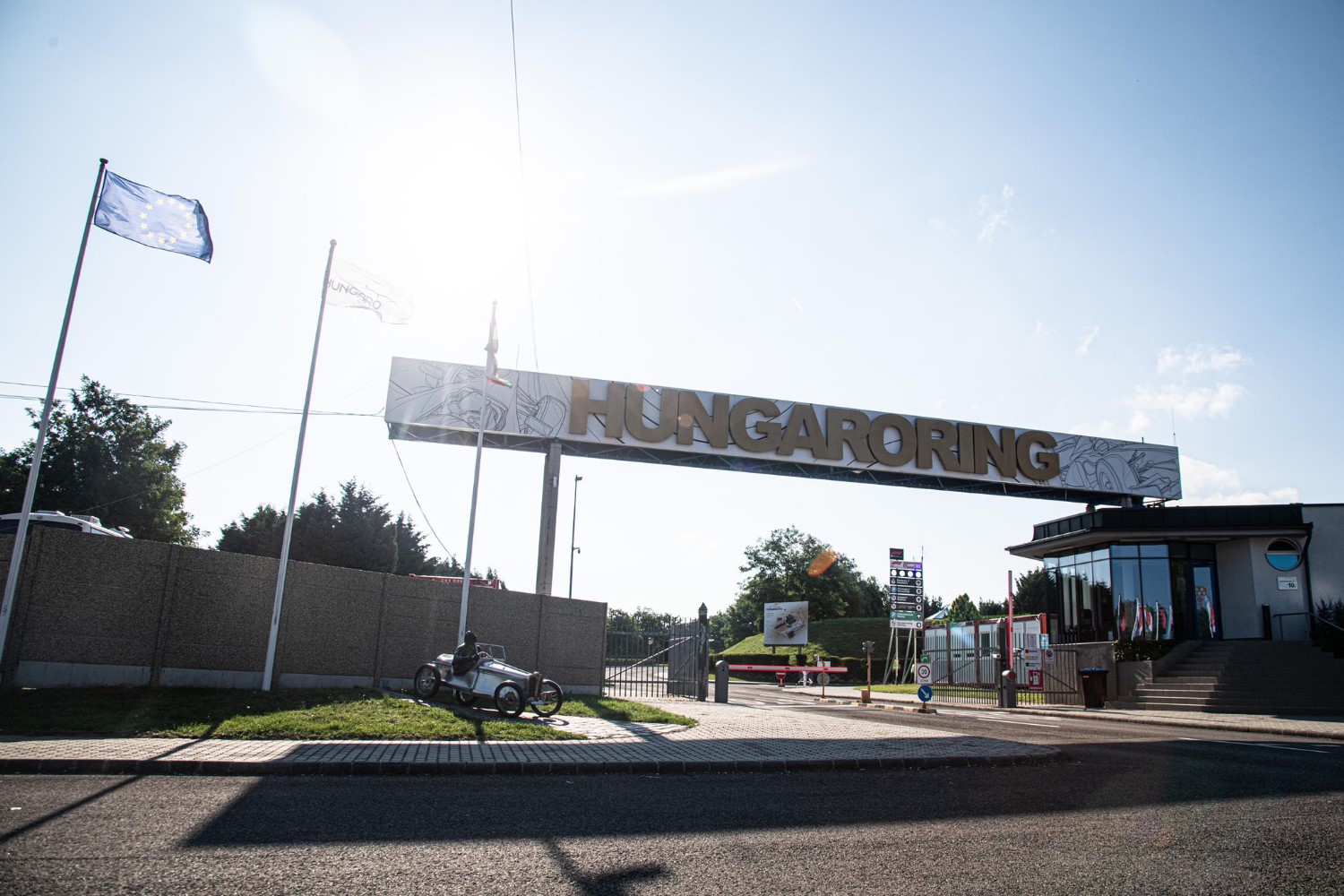 Ahead of the traditional 3-week summer break, the F1 teams are heading to the Hungaroring, Budapest, for Round 13 of the 2022 FIA Formula 1 World Championship. After the break there will be three races on consecutive weekends starting with Zandvoort.

With a welcome summer break on the horizon, a chance for crews and workers at home to catch a breath and recover, notching up a good result right now would mean heading into the end of summer with their heads held high, brimming with confidence and with high morale.

The Hungarian Grand Prix joined Formula 1’s schedule in 1986, as new territories were explored, and the Hungaroring has since established itself as a mainstay on the calendar. Only Italy’s Autodromo Nazionale Monza has a longer unbroken spell on Formula 1’s roster. The circuit lies on the outskirts of capital city Budapest, which straddles the iconic Danube River, and features hilly and historic areas alongside vibrant districts that are often popular ahead of Formula 1’s annual summer recess.

The Hungaroring is a tight and twisty venue, with an abundance of narrow medium-speed turns, and little in the way of lengthy full-throttle sections. That often places a greater emphasis on grid position, tire usage and race strategy. Hot conditions frequently influence proceedings but so to can Central Europe’s fickle summer storms. The races in 2020 and 2021 were both affected by wet weather that shook up the expected order and created suspenseful grands prix.

In contrast to the last few races, most teams will run high downforce in Hungary, and we are unlikely to see the swings in rear wing choices that we saw at Silverstone, the Red Bull Ring and Paul Ricard.

The weather forecast looks typical for Budapest at this time of year, with generally hot conditions prevailing but a chance of thunderstorms on Saturday and Sunday. 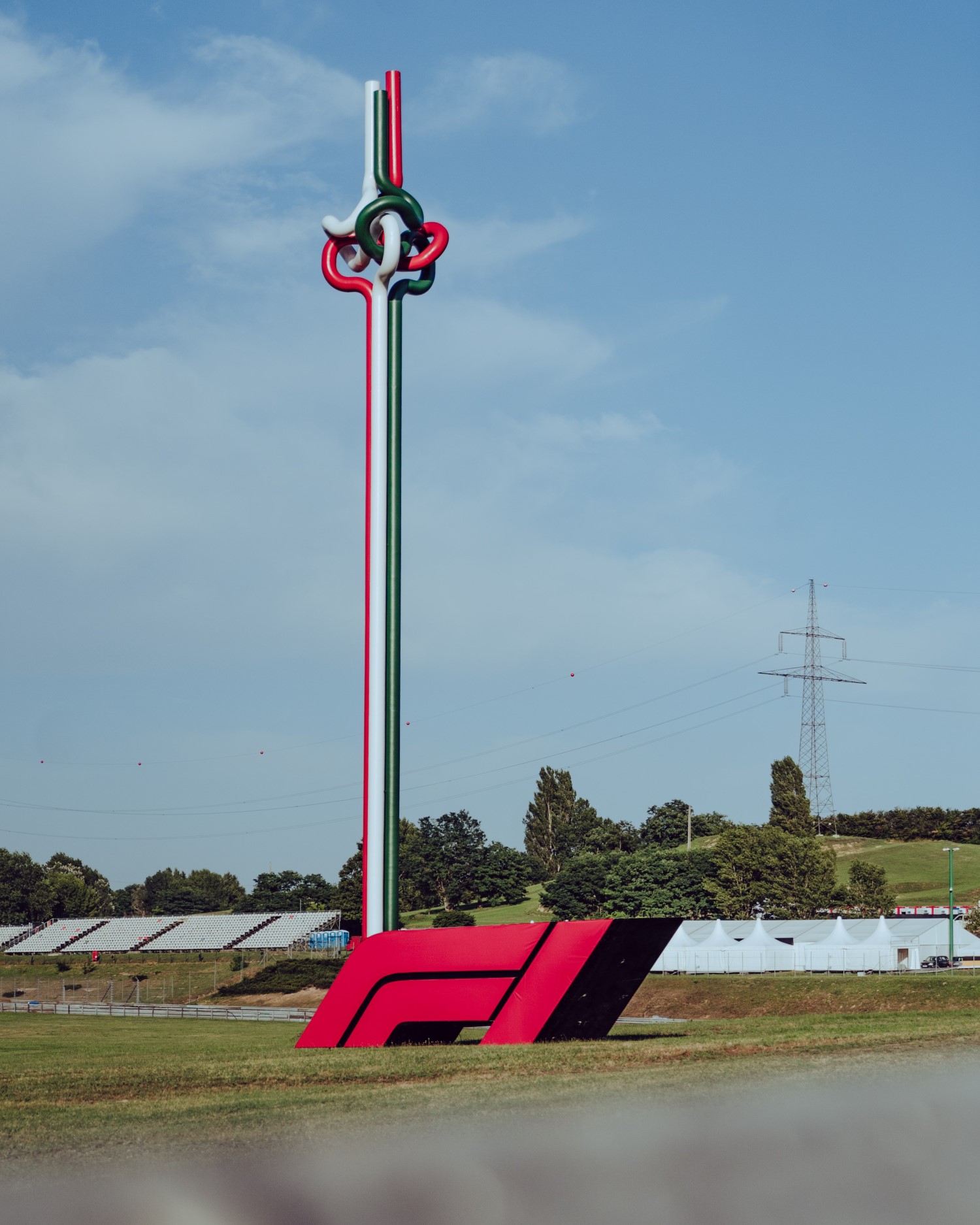 Tire compounds are the same as for the French GP, but the nature of the track will mean that teams will need to deal with some different limitations this weekend, some of which will be dictated by the weather. The long corners will challenge both the tires and the car balance.

Formula One is a sport made up of several elements: there’s the obvious mechanical one, in which the performance of the cars contributes to the final result; there’s the human one, in which the drivers, as well as the personnel in the garage, on the pit wall and back at the factory, define on the day and in the time leading to the race how much of the team’s potential is unlocked; and there’s the mental one.

The head plays a crucial role in Formula One, just as in any other sport. A cool mind, full of confidence and buoyed by the result, tends to perform better. This creates a virtuous circle, which feeds itself and continues to deliver. A key part of this is momentum: a good result, at the right juncture in the season, can propel a team to new heights. This weekend, this is the objective, especially for Ferrari which are coming out of a disastrous French GP.  A 1-2 finish for Ferrari is needed and their cars favors this type of circuit.

The Hungaroring race will be a battle. Everyone wants to succeed, and the competition will be as close as ever. It will be hot – this Grand Prix is always one that features searing temperatures, with fans and team personnel longingly looking at the water park just outside the circuit for temporary respite and solace.

All track action is expected to take place with an ambient air temperature of around 34 degrees celsius in warm and dry conditions. Humidity is predicted to loiter around 30% with no rain expected throughout the two practice sessions.

However, the weather is set to turn on its head for qualifying – one of the most important sessions of the year. Temperatures will ease to around 25 degrees celsius, with thunderstorms hitting the circuit.

Rain looks a near certainty, with the latest weather models showing the chances of rain during the afternoon hours to be between 94 and 98%!

Humidity will be at 64%, with light winds in the vicinity of the circuit coming from the north west.

The weather then changes back on Sunday to match closely the conditions from Friday practice.

The chances of rain fade to just 5% during the hours of the race, with temperatures remaining cooler at 25 degrees celsius. The sun will break through the clouds, although a certain amount of cloud cover is expected to remain overhead throughout.

Overtaking: The Hungaroring is one of the toughest circuits to pass on in F1. The key overtaking points are down into Turn One or Two – 94% of overtakes occur there. DRS is also hugely beneficial down the long straight into T1, with 86% of passes assisted by it.

Strategy: Pirelli is bringing the C2, C3 and C4 tires for the second weekend in a row. Despite high tire degradation, this is usually a one-stop race due to the importance of track position. However, there can be room to switch to a two-stop strategy if the opportunity presents itself.

Safety Car: The chance of a mid-race Safety Car is less likely than it may appear. The past five races have only had very early interventions. The Virtual Safety Car has only been used twice – both in 2018. This makes it difficult to incorporate Safety Car interventions into race strategy.

Downforce: You need plenty of downforce at this track, similar levels to Monaco 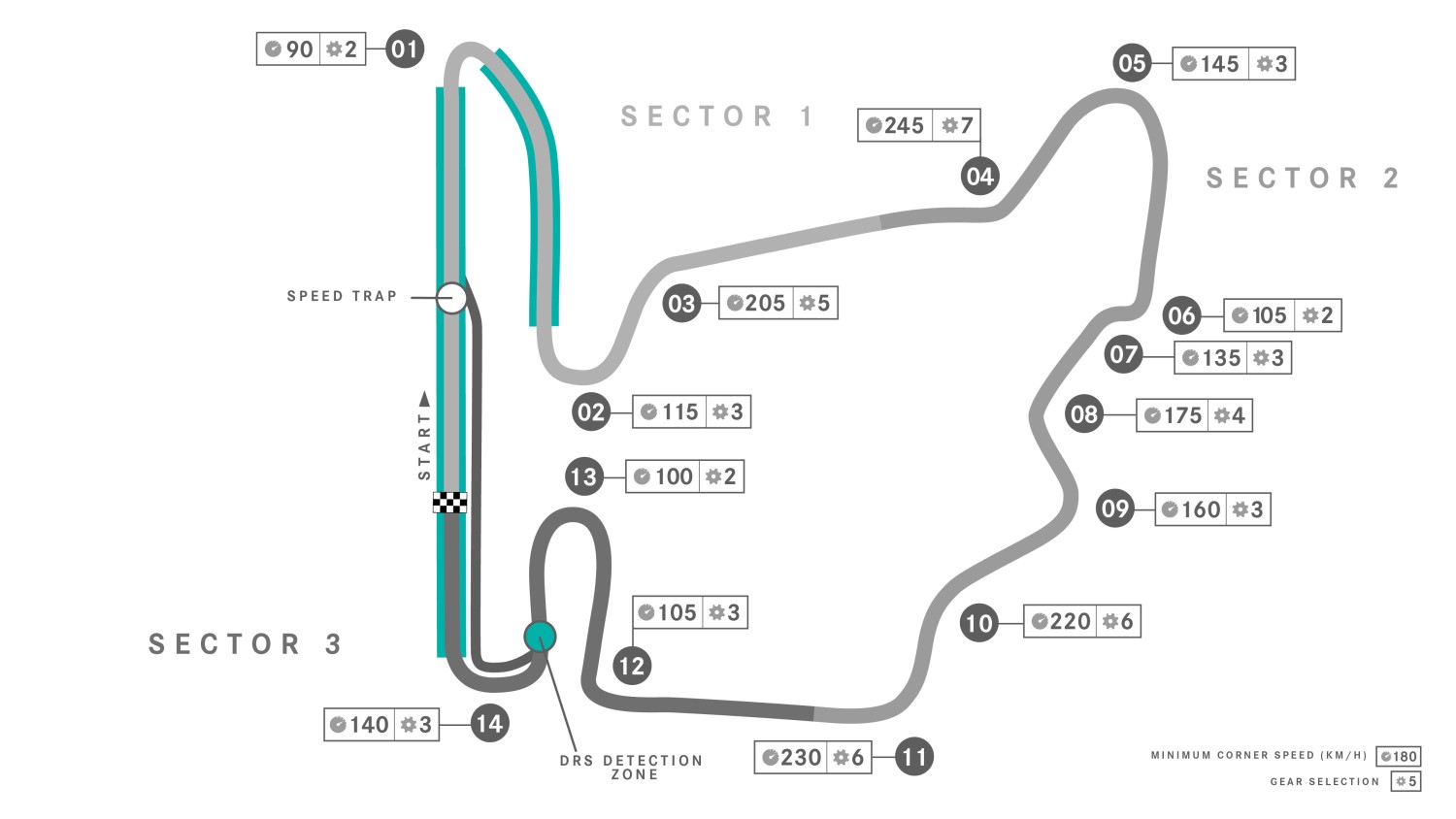 Turn Four, an uphill fast left-hander with a blind exit, is one of the hardest corners on the lap. The curb on the entry can unsettle the car if it is used too much. The exit is also tricky and is an area where drivers can easily fall foul of track limits.

Shortly after this is the Turn Six-Seven chicane – one of the slowest points on the track but also one of the trickiest. A quick flick to the right and the left, it is easy to overshoot the braking zone, which exacerbates each turn. And the grassy run-off is easy to clip on the right…

The long 180-degree right-hander that closes the lap (Turn 14) has traditionally been a tough corner through which to follow another car. With this year’s ground-effect rules, it should make things easier – and promote passing into Turn One. It is another corner where track limits can come into play. 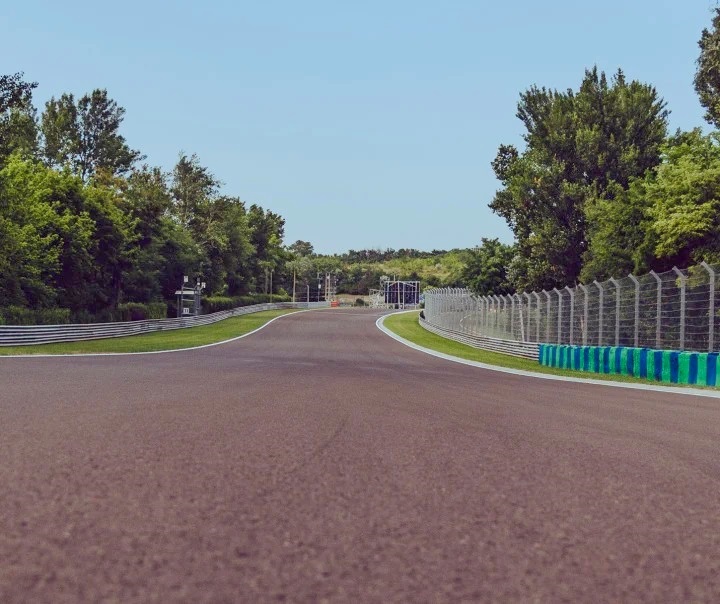 “Looking at the positives from the Ricard weekend, I enjoyed the interaction with all my fans and the support from the French crowd. As for our on-track action, on Friday the new upgrades delivered a good performance, but we could not extract the maximum out of them on Saturday or Sunday, and we left France with no points in the end.  We need a bit more time evaluating the new package but there’s obviously a limit to how much we can do in just a few days. However, I know our engineers will be looking at all the data, so that we can try some more things in Friday practice at the Hungaroring, which will be another hot weekend.

I’ve generally done well in Hungary, it’s always been successful for me and I’ve finished sixth, sixth and fifth over the last three races we’ve had there and last year I also set the fastest race lap. I like the layout a lot, it’s very twisty and technical to drive with very few straights. It’s unique in its way and you can really get into a rhythm. In terms of the enjoyment you get from driving it, the Hungaroring is up there as one of my favorites. As always here, it will be very important to qualify well, as overtaking is traditionally very difficult. With the summer break coming up after this race, it would be good to go on holiday with a good result under my belt, not just for me, but for the whole team.

You need plenty of downforce at this track, similar levels to Monaco, and that is part of what the updates are meant to deliver. We will be pushing as much as possible to be where we think we should be in terms of performance.

There’s a great atmosphere at the Hungaroring. It always has a very big crowd and when we get back to the city in the evening, the fans are waiting for us at our hotel, and they are very excited about the Grand Prix. It will be interesting to see what sort of show we put on with these new cars on this tight track. I hope we can perform well.”