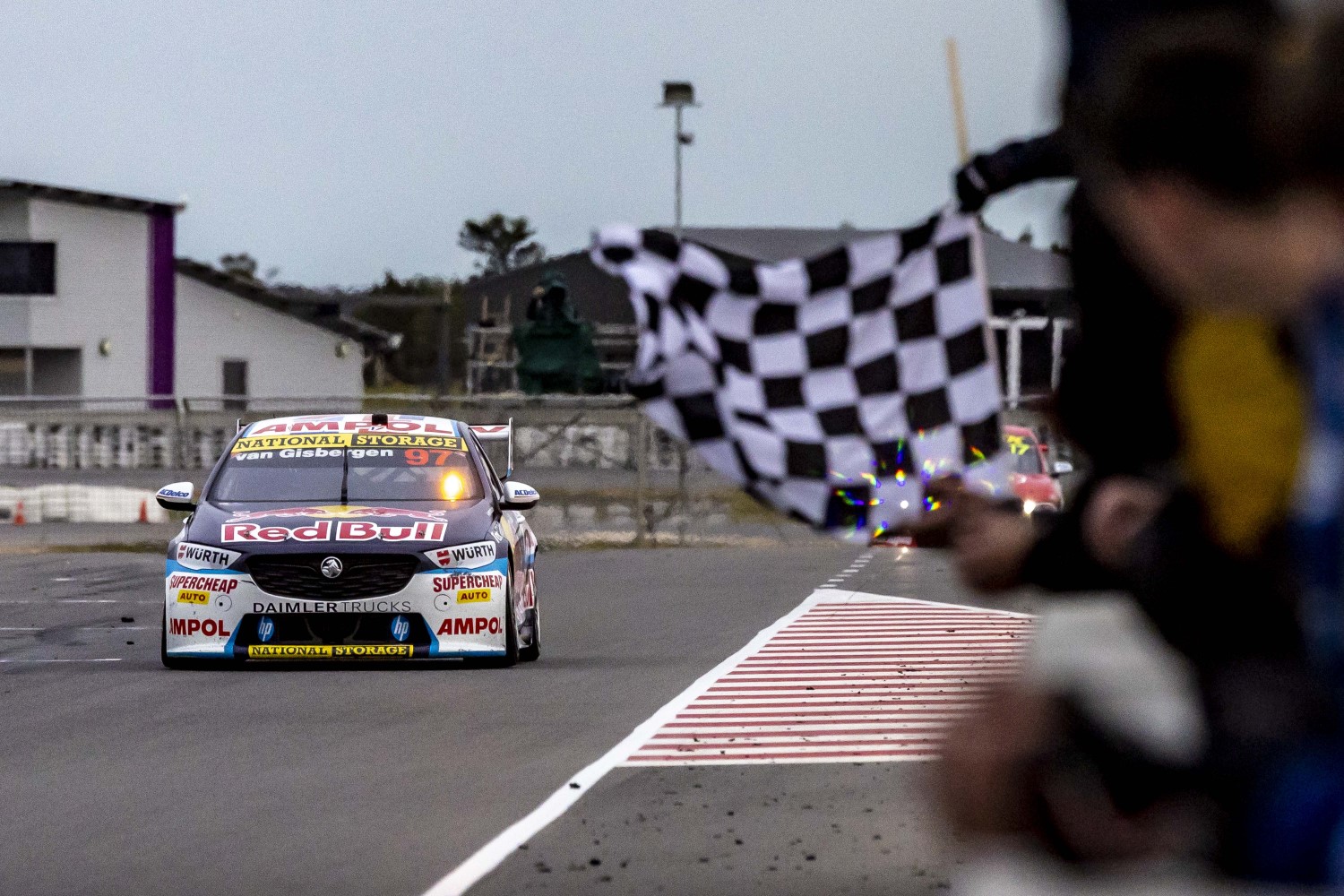 Defending Supercars Champion Shane van Gisbergen is one step closer to a third career title, following his 12th victory of 2022 this afternoon at the OTR SuperSprint.

Van Gisbergen’s Race 21 win, the 66th of his career, was centred on a long run while all other competitors opted to enter pit lane early.

Wildcard Zak Best, who started from pole position in just his second career solo drive, finished a respectable fifth after leading through the early stages over his much fancied rivals.

Van Gisbergen started from second, dropped back to third early and then forced his way back to the lead, hitting the front when he overtook youngster Best on Lap 11.

“The car was magic; thanks so much to the team,” said SVG.

“I’ve been struggling with my driving, but the car has been really good; just hard to drive, but when racing under the limit it was fine.”

“Would have loved to have battled on track, but the guys did a great job and the pit stop was awesome too, so yeah, really stoked.”

Andre Heimgartner rounded out the Top 10.