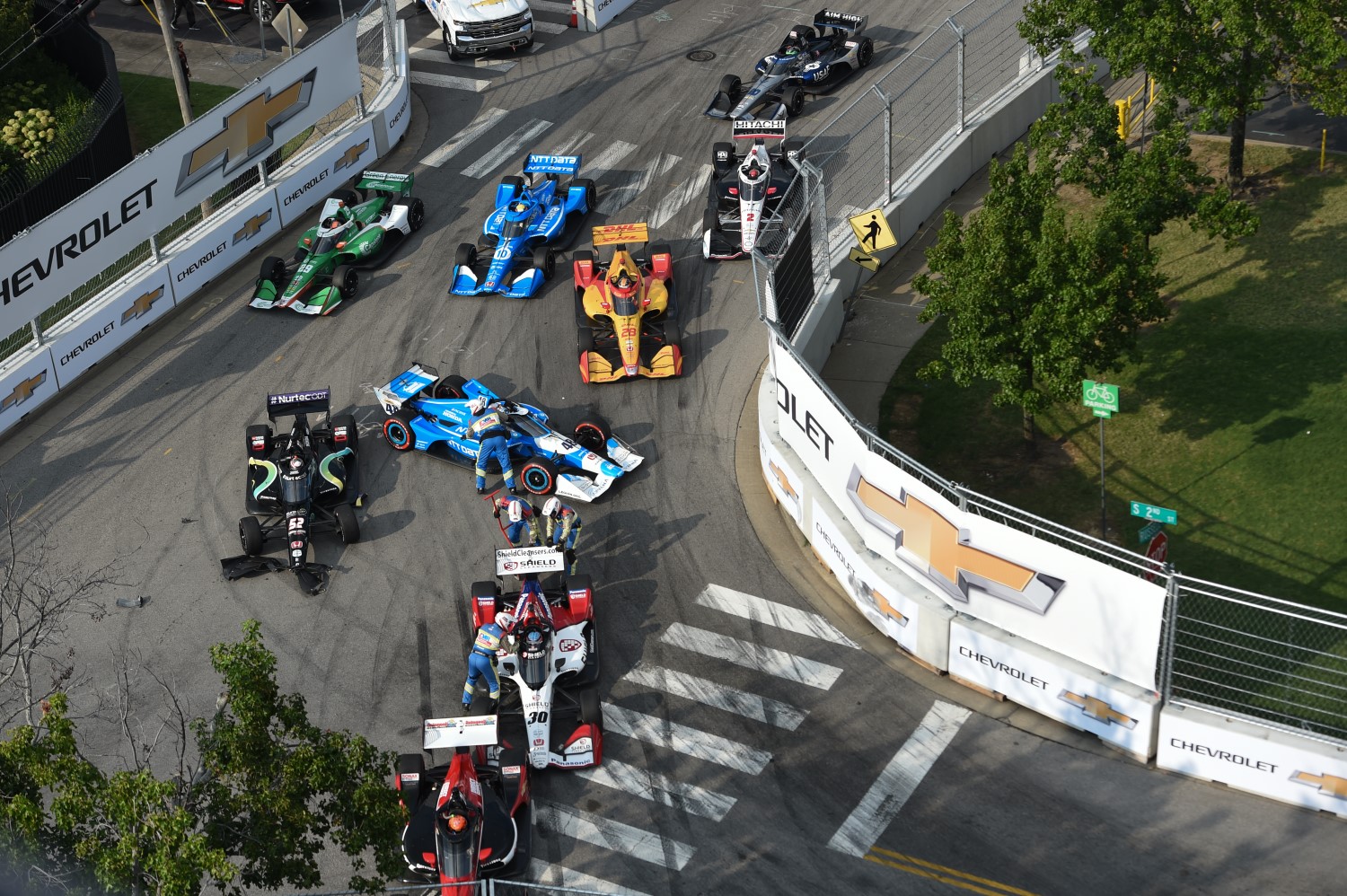 The championship chase in the NTT INDYCAR SERIES is heating up as it heads south to Nashville for the second-year Big Machine Music City Grand Prix.

A projected 110,000 to 120,000 fans will fill downtown this weekend to watch drivers race the 2.17-mile track, past Music City landmarks like Nissan Stadium and over the Cumberland River on the Korean War Veterans Memorial Bridge.

“There is something for everybody. … Whether it be the racing, the music, the food, the fan zones, you’ll see something that you probably didn’t expect to like that you become a long-term fan of,” said Matt Crews, Music City Grand Prix CEO, who worked to bring Indy Car to Nashville for about seven years. “We’ve created an environment to entertain everybody.”

The Nashville street circuit is one of the most unique in North America. It’s 2.17 miles in length with 11 turns but with three distinct sections. Most notable is the long run on the Korean War Veterans Memorial Bridge that goes over the Cumberland River.

On either end of the bridge are traditional sections of narrow city streets with concrete walls on each side. Needless to say, it presents a very different engineering challenge for teams during the 3 p.m. ET race Sunday (NBC, Peacock, INDYCAR Radio).

“It’s good to go back to Nashville,” said Rob Buckner, Chevrolet Program Manager for the NTT INDYCAR SERIES. “I think everyone was stunned and really happy with the crowds and the excitement around town for last year’s event. Based on what we’re hearing it will be more of the same for this year’s race, which is great for everyone involved in INDYCAR.

“From a competition perspective, calling Nashville a unique circuit is a huge understatement!” Buckner added. “The tight and twisty sections on either side of the river plus the long runs over the bridge can present a lot of different options on the amount of downforce you can run. There have been lots of time spent looking at last year’s data to see where we can improve. Our street course record this year has been excellent and it would be great to close out the year’s final street circuit with another win.”

Nashville is the fifth street race for INDYCAR, and Chevrolet has won three of the previous four: Scott McLaughlin (St. Petersburg), Josef Newgarden (Long Beach) and Will Power (Detroit). Since rejoining INDYCAR in 2012 with its 2.2-liter, twin-turbo V6 engine, Chevrolet power has won 32 of 61 street races to date.

Last year’s inaugural event had an estimated economic impact of over $20 million, and this year is tracking along those lines, said Scott Borchetta, CEO of Big Machine, the title sponsor of the Music City Grand Prix.

“This city has given so much to me and to Big Machine, and for us to help bring a major sporting event to Nashville is incredible that we are able to do this and make it happen on a large scale,” Scott Borchetta said.

Growing up in Southern California, racing is in Borchetta’s DNA. He will be racing in the TransAm 2 event on Saturday, after being the first one to drive over the bridge at last year’s event.

Some of the new additions this year include making all areas more accessible to handicap fans, a Ferris Wheel and Sirius XM event broadcasting, according to Borchetta.

The Big Machine X Fan Zone on the waterfront is also larger this year, with a new Cumberland River Stage featuring higher level of music content.

“One thing we learned last year, is there is a very high demand for corporate suites, so we were able to build more this year,” Nashville Grand Prix CEO, Matt Crews. said. “Last year, we didn’t know what we didn’t know. … I think from a racing point of view, we are going to be able to be better. There are a lot more fan activities this year and I think the music continues to elevate.”

This year, the event has tapped Knauf Insulation Inc. to be their official glass recycling partner, collecting glass recycling in Nashville’s entertainment district for the entire month of July through the end of race weekend.

The event not only creates a significant economic impact with visitors spending while in town and filling hotels (50% of visitors came from beyond the five-county region surrounding Nashville last year.) It also showcases Nashville to a broader audience watching through TV streaming — which was seen by 1.212 million viewers last year.

This year, restarts will be held in the same place as the start, the longest straight on the track, namely the Korean War Veterans Memorial Bridge that leads into Turn 9. .

Last year the restarts began just before the last turn so the cars were up to speed before they reached the start-finish line,

The track is now four feet wider at the apex of Turn 1 allowing better sight lines.

The entrance to Turn 9, by contrast, has been considerably narrowed – from 85 feet to 60 feet – due to hospitality suites being added, which significantly slows down the corner entry.

In both directions, the transitions between bridge and terra firma have been reprofiled in an attempt to reduce the bumps with 125 feet asphalt transitions onto and off the bridge.

A bump in Turn 5 has been reprofiled.

The pitlane speed limit has been reduced from 45mph to 40, which IndyCar estimates will add around three seconds to time loss in pitlane.  The cars will be going so slow on pitlane, it will be like watching paint dry.

Honda drivers and teams dominated the results sheets of last year’s inaugural Big Machine Music City Grand Prix, as Marcus Ericsson recovered from an opening lap contact and brief “flight” to head a Honda sweep of the first seven finishing positions, and eight of the top 10.

In the first of many incidents in the 80-lap contest, Ericsson hit the back of Sebastien Bourdais’ A.J. Foyt Racing Indy car, with Ericsson’s Chip Ganassi Racing machine rising high in the air after making wheel-to-wheel contact with Bourdais.  Ericsson was assessed a stop-and-go penalty for avoidable contact, but came back to hold off a previously-dominant Colton Herta and score his second career INDYCAR victory.

Other than Oriol Servia, who led 1/3 of the laps driving the pace car, polesitter Colton Herta led the most racing laps but choked and crashed in Turn 9 with 5 laps to go while running 2nd and running down Ericsson. This brought out the 2nd red-flag, and after the restart Ericsson had no trouble beating his Ganassi teammate Dixon.

Andretti Honda drivers James Hinchcliffe and Ryan Hunter-Reay were 3rd and 4th while Graham Rahal rounded out the top-5, giving Honda powered cars a sweep of the top-5.

Best Bumper-Car driver of the race went to Will Power who took out two of his teammates by sending them spinning.

Key championship point statistic: Since 2008, the largest deficit overcome by the eventual champion was 59 points by Dario Franchitti in 2010, while Scott Dixon overcame Juan Pablo Montoya’s 54-point lead in 2015. The top six drivers in the 2022 NTT INDYCAR SERIES championship standings are separated by 52 points.

Point differential: The nine points that separate Will Power and Marcus Ericsson is the third-closest point margin since 2008. Before this season, the average lead with four races to go since 2008 was 37.6 points.