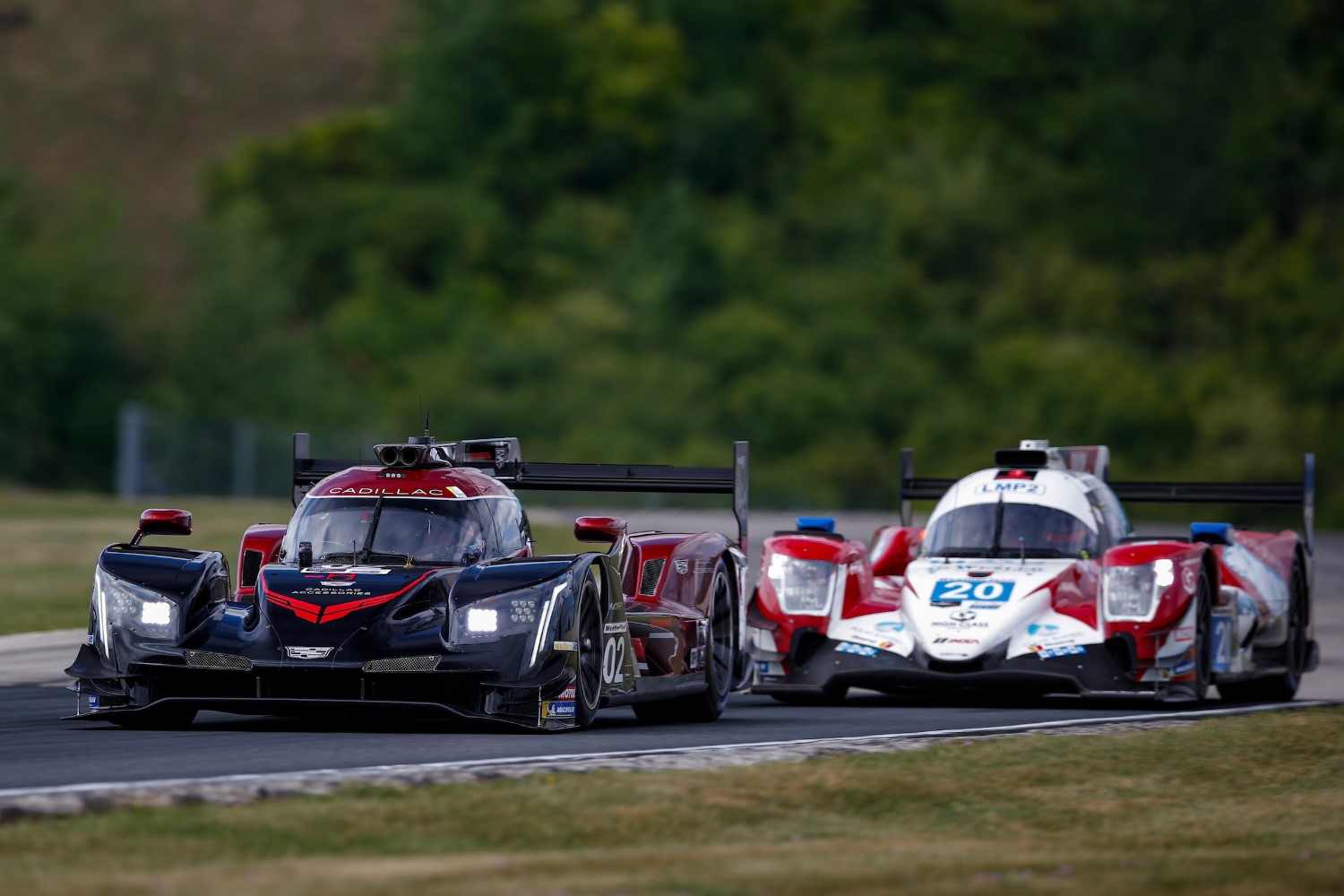 At the last minute, Cadillac Racing got the early jump on Acura heading into the IMSA Fastlane SportsCar Weekend at Road America.

Alex Lynn recorded the fastest lap of the day with seconds remaining in the second practice session Friday afternoon, then topped it on his final lap in the No. 02 Cadillac Racing Cadillac DPi-V.R. Sebastien Bourdais also used his final laps wisely, moving up to second in the team’s No. 01 entry.

For most of the second session, Filipe Albuquerque held the top spot in practice for Sunday’s IMSA WeatherTech SportsCar Championship race. He topped his best lap of the day late in the session with a 1-minute, 49.640-second lap in the No. 10 Konica Minolta Racing Acura ARX-05 around the 14-turn, 4.048-mile circuit, but was third fastest behind Lynn and Bourdais.

Two Acura teams – the No. 60 Meyer Shank Racing with Curb-Agajanian with co-driven by Tom Blomqvist and Oliver Jarvis and the No. 10 Wayne Taylor Racing entry co-driven by Albuquerque and Ricky Taylor – are first and second, respectively, in the Daytona Prototype international (DPi) class standings heading into the race, the penultimate of the season for DPi cars.

The No. 01 Cadillac co-driven by Bourdais and Renger van der Zande is third in the standings, 148 points behind the No. 60 Acura.

Qualifying begins at noon ET Saturday and will be available live on IMSA.com/TVLive beginning at 11:55 a.m.