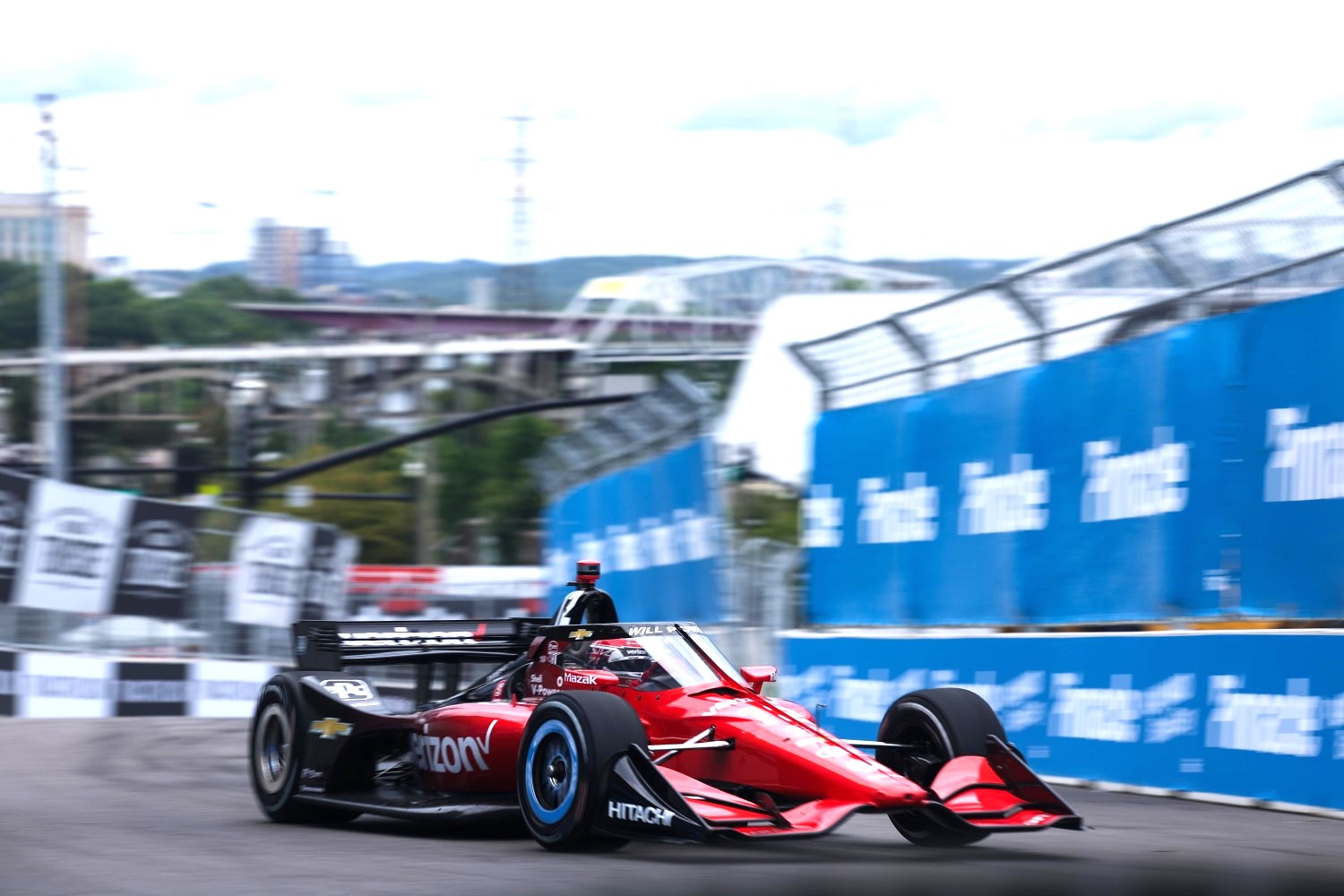 Good morning from Nashville.  Yesterday we had extremely humid weather at the track but we escaped all weather.  Thunderstorms are back in the forecast for early this afternoon.

Today the schedule for the NTT INDYCAR Series is later than the usual times.  The final practice session of the weekend is scheduled for 11:15 am.  The Firestone Fast Qualifying is at 3:30 pm for the 26 entries.

The inaugural race held here in 2021 was littered with yellow flag laps and one red flag stoppage.  To make the racing better,  some changes were made this year.

The primary change is where the drivers will restart has been moved from the start-finish line in front of the Nissan Stadium to the long straightaway as the field exits the Korean Veterans Bridge and toward Turn 9.

Will Power, driver of the number 12 Verizon 5G Team Penske entry, commented on his thoughts about this change.  ” I think it’s a good idea. I think it will be better than last year. More flowy, plenty of time to get there. Still pretty wide entry. Still got plenty of room to pass, have two-wide there.”

“You’ll be more of a sitting duck if you leading the race.  I mean, if it keeps the race greener, I hope I’m not the leader, hope I’m second.”

Power’s teammate, Scott McLaughlin, driver of the number 3 Dex Imaging entry, added his thoughts on the track changes.  “The way the track is built in terms of the concrete walls, the fencing, the way there’s a couple street circuits this year like Toronto with the fencing and stuff just didn’t feel like to our standard in some ways. The way the fence has been built here, the concrete walls, they’re curved, same as last year, built first class, put a lot into it, which is a credit to the promoters, everyone else.”

“I think they’ve extended some of the pavement on the edges of the bridges, which is a big thing. I mean, they did a little bit last year in a pretty rushed process. They did a heap this year. I think they did a really good job with it all. They’ll just keep learning, get bigger and better.”

AR1 will keep you updated today.