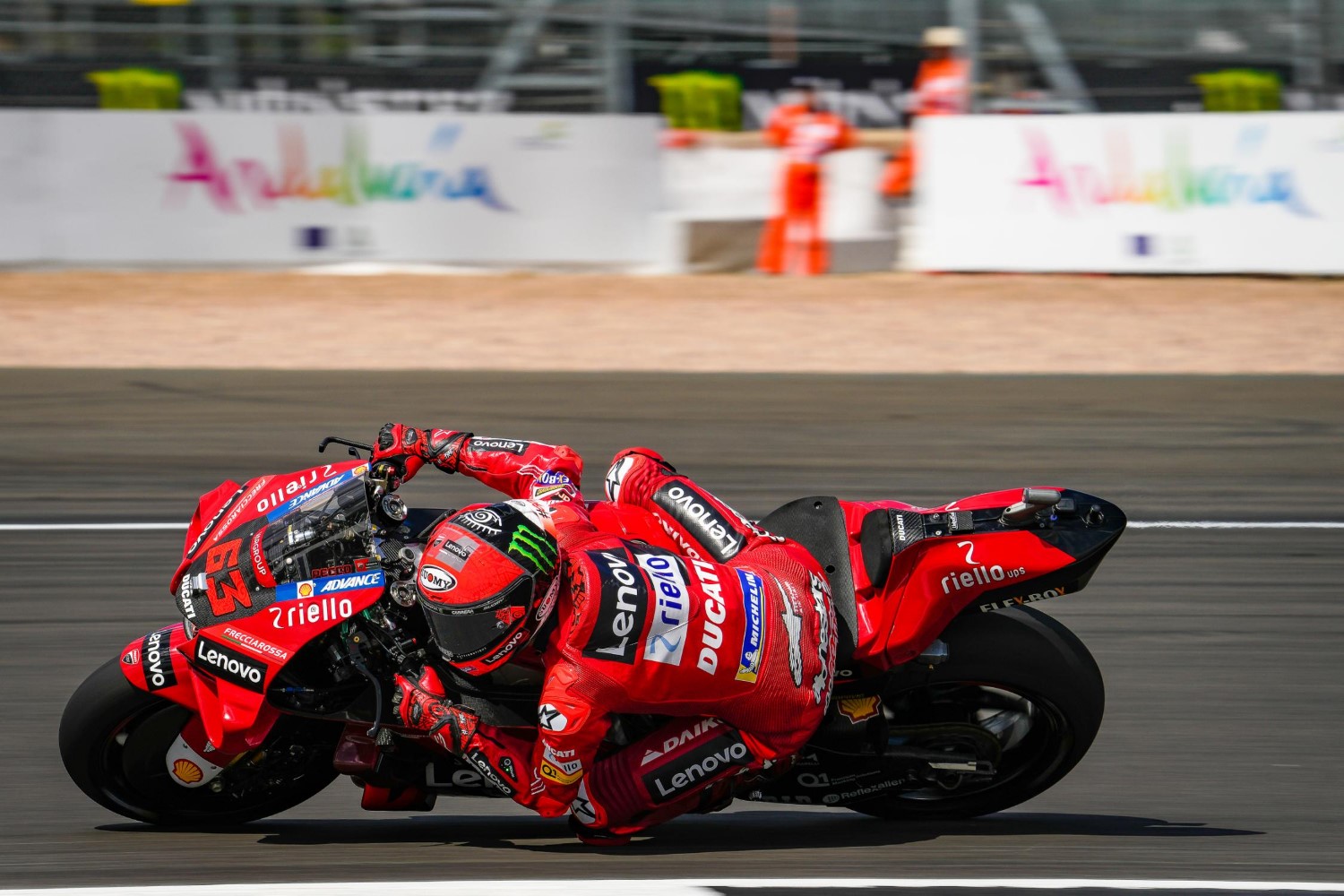 Francesco Bagnaia has continued to breathe life back into his MotoGP World Championship hopes by winning an epic Monster Energy British Grand Prix.

Just 0.614 seconds covered the top three after 20 laps of racing at the Silverstone Circuit as Aprilia Racing’s Aleix Espargaro finished second and Jack Miller made it a double podium for the Ducati Lenovo Team.

Seemingly every rider had a tale to tell after a breathtaking Sunday afternoon in Britain. Championship leader Fabio Quartararo finished eighth after serving his Long Lap Penalty, but only after re-passing a battered Aleix Espargaro on the final lap.

Pole-sitter Johann Zarco, however, was one of two retirements after he crashed while leading.

In the Championship standings, Quartararo is now 22 points up on Aleix Espargaro, but Bagnaia has closed to 49 points off top spot. ‘Pecco’ now has two wins in a row and is proving he is certainly not out of the hunt.

MotoGP™ heads next to the Styrian hills and the Red Bull Ring, in Austria. Catch the CryptoDATA Motorrad Grand Prix von Österreich from August 19-21!