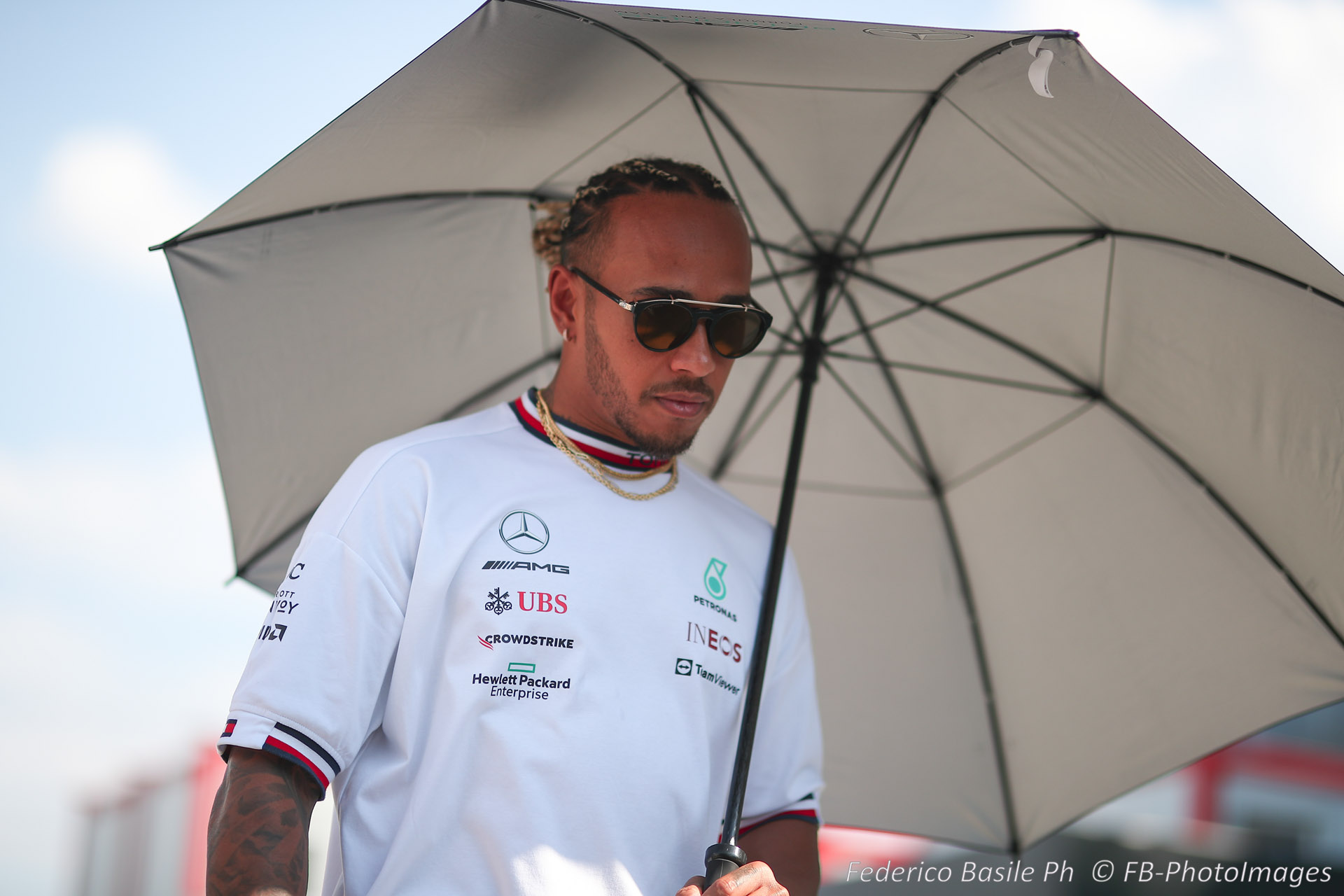 Formula One driver Lewis Hamilton revealed he had to give up the chance to star alongside Tom Cruise in the Top Gun: Maverick film.

Hamilton, 37, has enjoyed minor forays into Hollywood in the past, making a cameo in Zoolander 2 and lending his voice to Cars 2 and Cars 3 but he almost landed his dream role.

The Brit was a fan of the original Top Gun film as a child, which made him ‘fixated’ on being a fighter pilot.

In an interview with Vanity Fair, Hamilton said he begged his friend Tom Cruise to let him have a role in the Top Gun sequel.

‘One of the nicest people you’ll ever meet. He invited me to his set years ago when he was doing Edge of Tomorrow and then we just built a friendship over time.’

‘I said, “I don’t care what role it is. I’ll even sweep something, be a cleaner in the back.”‘

Cruise reportedly not only said yes but told Hamilton he didn’t have to settle for being a cleaner and could be a fighter pilot.

But then reality struck as the Mercedes driver realized filming would take place during the climax of the Formula One season.

He was forced to reluctantly contact Cruise and director Joseph Kosinski to turn down the role in what he described as the ‘most upsetting call he has ever had.’

To add to Hamilton’s upset, the actors were in the driving seat for the film as the cast underwent months of flying training in preparation for the role before taking to the sky themselves for the scenes.

Through his Top-Gun agony, Hamilton not only missed out on a big screen breakthrough but also a potentially massive payday.

The sequel, now in its eleventh week of release, added $7 million to its total and beats James Cameron’s 1997 tragedy by $3 million, having raked in $659 million.