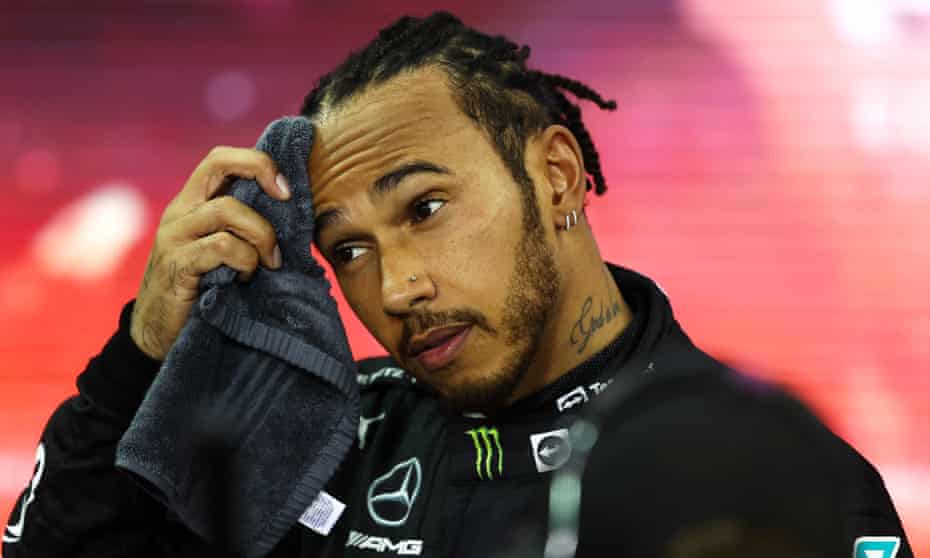 Lewis Hamilton’s Vanity Fair interview appears to have caught the eye of fans watching the sport. Tere were some parts of the interview that have not gone down well with the fans, especially the extract where the Mercedes driver said that he felt targeted by the FIA in the jewelry row earlier this year. He must think he’s above the law because he is half black.

Reacting to Lewis Hamilton’s comments in the interview, fans called him out for his comments on being targeted and pointed out how much the sport has given him throughout his life. Here are some of the fan reactions on Twitter:

“Ah the sport that has made him a billionaire and gave him so so much. Such a nasty place to be !”

“The hypocrisy of it laughable and it’s clearly unenforceable; the precedent is already set. What a classic own goal by the new president.”

“This is just slanders at this point, baseless accusation based on feelings and subjectivity. Lewis Hamilton should be ashamed!!!”

“Couldn’t care what he says. This guy has an opinion on everything, just to be in the limelight.”

“Lol all the lulu fan girls. It appears he was targeted by the fia because he was the only one to whinge like a child about it. Who else wears as much jewellery as this dipshit. Ofcourse it’s going to look like that. So one eyed all of you.”

“Talented guy but he can be such a baby”

Always happens with F1 drivers when they become very successful. It all becomes personal and all about them. MS was the same. In the end paranoia sets in.”

“I think they have to be fireproof. They have a jewelry law, which upsets Hamilton. He thinks he’s above the law”

“Well, as he is the only F1 driver who clanks around under a pile of bling, (who needs to wear three watches?) the cap seems to fit.”