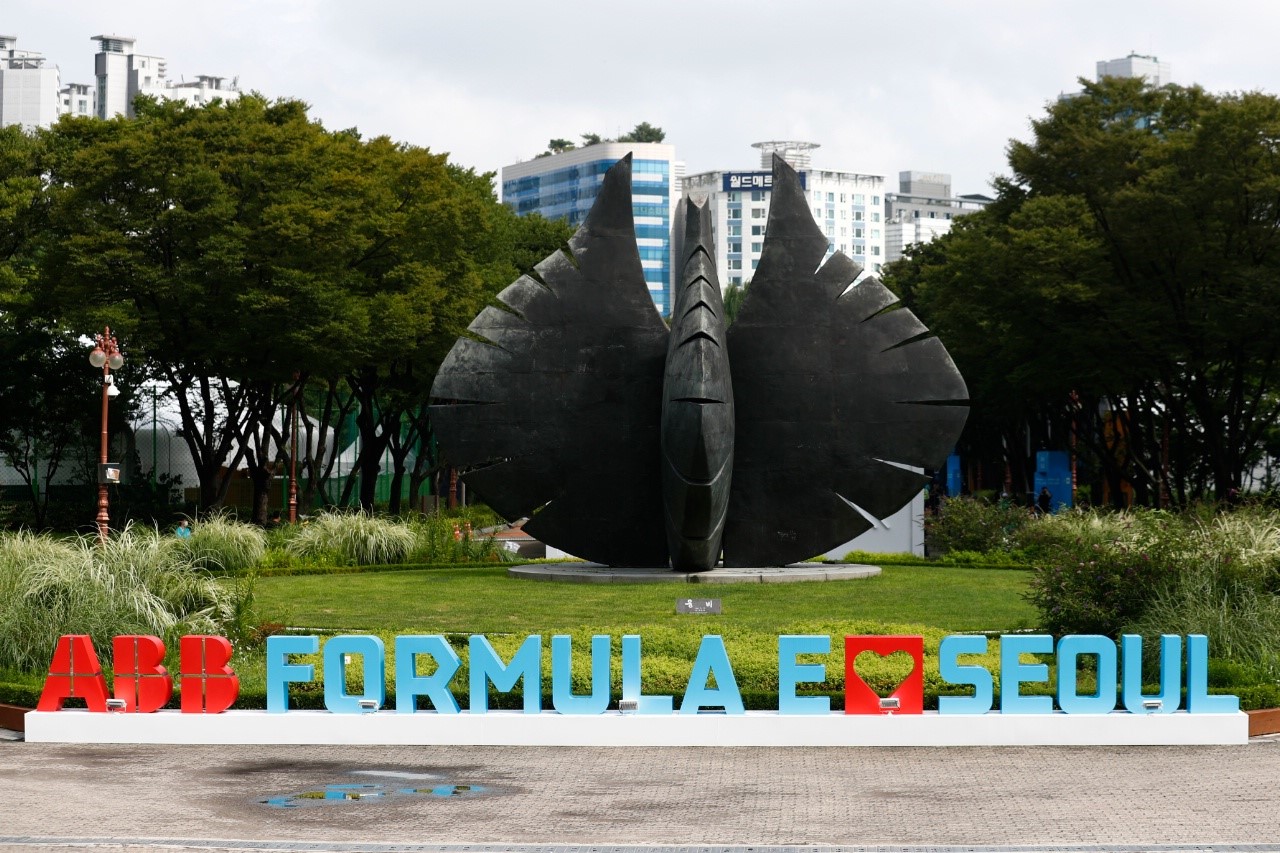 Season 8 of the ABB FIA Formula E World Championship will climax in South Korea this weekend with the 2022 Hana Bank Seoul E-Prix where the champion driver and team will be crowned and the world’s first all-electric motorsport series will mark 100 races.

Eleven teams and 22 drivers have competed in Formula E’s biggest racing season to date with Rounds 15 and 16 to come this Saturday and Sunday and four drivers still in contention for the title at the top of the standings.

It will be the first time Formula E has raced in South Korea with the E-Prix taking place on a unique track constructed around and even looping through the Jamsil Olympic Stadium, the first world championship sporting event held at the venue since the Olympic Games in 1988.

Stoffel Vandoorne leads the way for Mercedes-EQ in a bid to make it back-to-back wins following their Drivers’ and Teams’ World Championship success last year in Season 7. The Belgian extended his lead to 36 points over nearest rival Mitch Evans (Jaguar TCS Racing) during the SABIC London E-Prix two weeks ago that saw his closest competitors falter.

Consistency is critical in the ABB FIA Formula E World Championship. While Vandoorne has achieved only one win this season compared to three each for Evans and Edoardo Mortara (ROKiT Venturi Racing) in third place, Vandoorne has the most podium finishes and has scored on 13 occasions this season, taking the honor from Daniel Abt as the most consistent points finisher in a campaign. Vandoorne’s last four rounds have all yielded top four finishes and a pair of podiums: the gauntlet has been thrown by the Mercedes-EQ driver.

In his fourth campaign, Vandoorne has been around the series long enough to know that securing his first World Championship title is far from a sure thing in Seoul, where race strategy will be affected by high humidity and record-breaking levels of rainfall this week that will demand outstanding planning and driving execution.

Mitch Evans (Jaguar TCS Racing) had worked his way into closest contention of top spot but a crushing technical problem in London put a huge dent in his chances. The Kiwi was on track to pin Vandoorne back to a 22-point lead, some 14 fewer than his current advantage but an inverter problem at the end of Round 14 saw him out of fourth and into retirement despite front-running pace.

But opportunity remains for Evans. He has dominated entire race weekends before, most notably in Rome this season, but the stakes are much higher this time around and Vandoorne only has to outdo the Jaguar driver in Round 15 for the battle to be over.

In third and fourth respectively, Edoardo Mortara and DS TECHEETAH’s Jean-Éric Vergne have it all to do. Mortara topped the standings at the halfway stage of the season after a run of two wins and two more podiums in Berlin and Jakarta. Since then, the Swiss has only managed two low-scoring points finishes in New York City and a pair of non-scores in London, but he remains just five points back from Evans.

Similarly, Vergne has hit his worst-ever run in Formula E, with four consecutive blanks for the very first time in the championship. While it’s an uncharacteristic return from the Frenchman, JEV is the only driver in the top four to have won the World Championship – twice – and experience could still earn a place on the podium.

Mercedes-EQ stretched its lead in London with silverware for both de Vries and Vandoorne.  Back-to-back titles look to be on with a 36-point margin on ROKiT Venturi Racing in second, with DS TECHEETAH behind the Monegasque outfit by 11 points.

On Sunday, the second race of the 2022 Hana Bank Seoul E-Prix double-header will be Formula E’s 100th E-Prix. The race is also the end of the Gen2 era, the second version of Formula E race car.

As such, the centenary E-Prix will appropriately mark three huge generational leaps in EV technology and industry-leading sustainability achievements ahead of the debut in Season 9 of the fastest, lightest, most powerful and efficient electric race car ever built – the Gen3.

As the only driver set to line up on the grid this weekend and race in all 100 E-Prix, Lucas di Grassi (ROKiT Venturi Racing) is also chasing a landmark 1,000 points. The Brazilian has been an intrinsic part of Formula E from day zero and is set to become the only driver to have entered every E-Prix to-date following Sam Bird’s (Jaguar TCS Racing) unfortunate withdrawal through injury as the only other ever-present driver to date.

Topping off his Season 8 with 1,000 points, following a maiden win for ROKiT Venturi in London which saw him reach 996 in his Formula E career so far, it would be some way to celebrate. Lucas has eyes on that prize but the goal for Seoul is to go out and seal championship silverware for Venturi.

“I’m very proud of to be able to be competitive for eight years now, in a championship which is super competitive,” said di Grassi. “The level of the teams that drive versus us is just insanely good. But we go to Seoul with our main target being the Teams’ World Championship, for ROKiT Venturi Racing to be number one.

“The task is hard, but it’s mathematically feasible. So until it’s unfeasible, we’re going to work very hard. We know how things are in Formula E, everything can happen. So we’re going to be on top of it and try to get this World Championship title for the team.”

The newest circuit on the Formula E calendar is at Seoul’s Olympic Park. The lap starts with a tight, technical run before entering the Jamsil Olympic stadium where the 22 racers will put on a show for thousands of fans in the stadium seats.

As they leave the stadium a batch of sweeping turns leading to long straights connected by 90-degree turns follows as the circuit wraps around the Olympic park and the drivers jostle for position around this fast 2.6km, 22-turn circuit.

Seoul also brings more high temperatures for the teams to manage. EV battery systems and powertrains are at their most efficient and performant inside a specific temperature window.

Managing raw, outright pace with efficiency and high ambient temperatures will be a weekend-long battle for drivers and engineers. There will be plenty of thinking and thousands of kilometers worth of simulator data put into play to ensure ATTACK MODEs, FANBOOST and race strategy are on-point by the first race on Saturday.

It will all be hypothetical for the engineers until they can get out on track in Free Practice to corroborate the math and sim work they have put in since London. In addition, the new track surface will evolve rapidly. What might be true on Saturday morning might be completely different by the afternoon, and certainly by Sunday.

Add to that the complications from expected downpours and high humidity. Whoever triumphs in Seoul will have more than earned their silverware in the most dramatic ABB FIA Formula E World Championship season to date.

Don’t miss a minute of Season 8. Keep track of the best ways to tune in where you are at fiaformulae.com/watch.