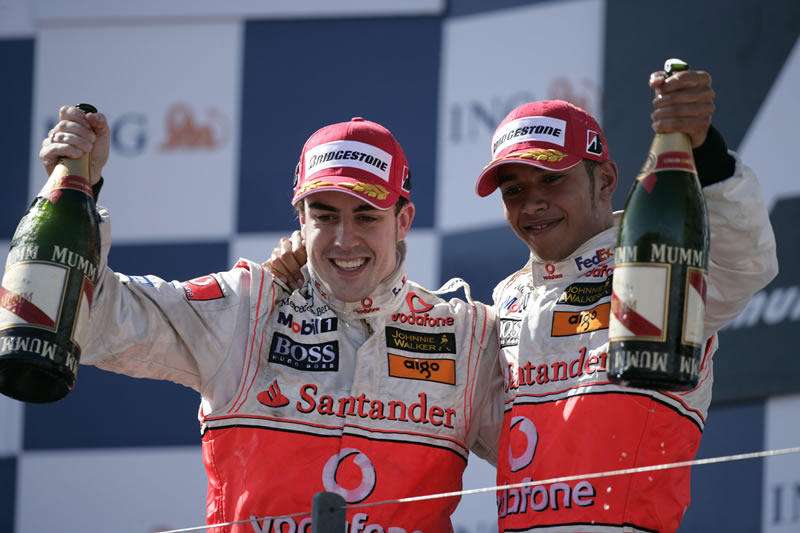 Lewis Hamilton believes that “on pure pace” Fernando Alonso is the toughest teammate he’s ever had in his Formula 1 career.

“I remember the task of being alongside Fernando when I was 22, in 2007” recalled Hamilton ahead of his 300th race last month.

“I was so young mentally and, of course, OK in terms of skill, but it’s a lot of pressure to go against a great like him.

“So I would say out of pure pace I think… I always say [my toughest opponent] is Fernando and his ability.

“We had some good battles, I wish we could have more, and hopefully, he’s going to continue to race so hopefully we will have more in the future.”

Problem is, while Hamilton has has the fastest car in F1 for 7 straight years, Alonso has had to drive some real dogs.

“He had the talent, already in 2007, and he still has the talent now with experience, and he has been a tremendous driver, and a legend of our sport,” said Alonso.

“So it has been always a pleasure to share all this time with him, and back then probably no one thought that someone will be able to win seven titles as Michael [Schumacher].

“But yeah, the journey has been amazing and the team that they all built at Mercedes over these years, was outstanding.”