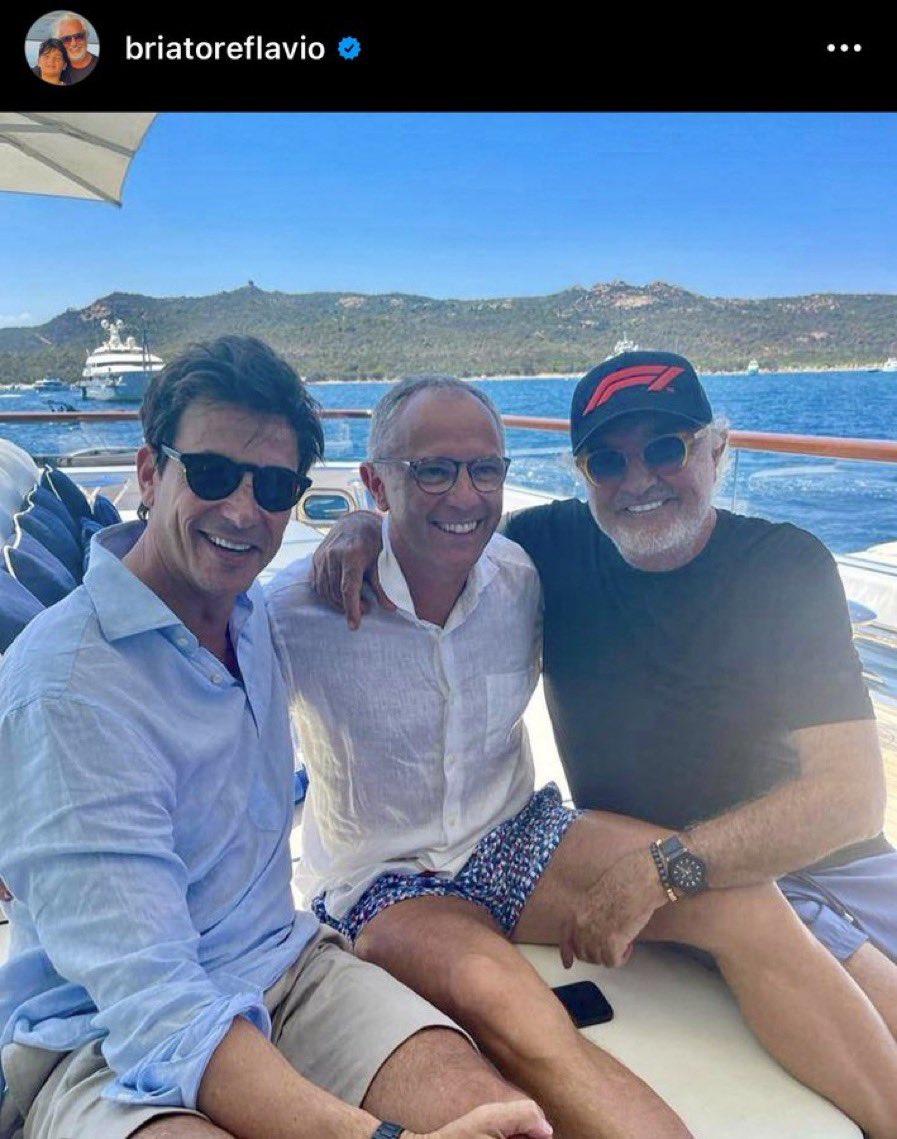 A recent Instagram post by Flavio Briatore featuring him, Mercedes boss Toto Wolff, and F1 boss Stefano Domenicali having a good time has sparked some strong reactions from the sport’s fans.

Here are some of the reactions on Twitter from F1 fans:

“Imagine what Lewis fans would say about the fia being rigged if this was Horner not Wolff. Toto has had the fia in his back pocket for years.”

“For reasons of expediency, Domenicali should have avoided the publication of the yacht photo showing him smiling with Toto Wolff. It is a question of a super partes role, if he had gone on holiday with Binotto the British would have said “Sunday ex Ferrari favors you”

“Does anybody have holiday pictures of Wolff and Domenicali from before Stefano became @fia president?”

“What’s funny about of all of this… is that this is game. This is the sport. It’s been ‘at it’ for decades. This isn’t a conspiracy or some ‘deep state’ pop at one driver. This is the game. The ‘influence’ is all. And sometimes that influence wanes…. and the game re-sets.”