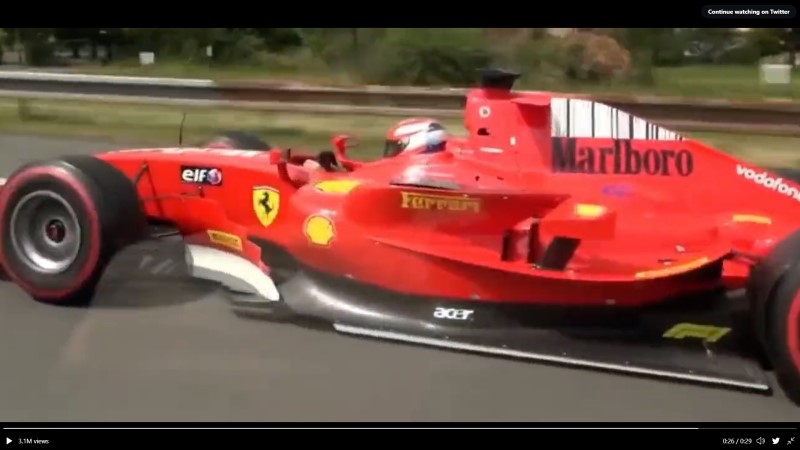 The driver of what appears to be a Ferrari F2 must have been keen to try and zip past the traffic as they took the racing car for a spin along the motorway – and not for the first time.

Footage of the vehicle emerged on Twitter last week after being filmed by other drivers on the road, with one sharing a video with iDNES.cz which showed the racing car zooming to overtake other vehicles.

Given they’re designed to reach speeds of more than 200mph, it’s not that surprising that race cars such as those seen in F1 are not allowed on public roads. That little law evidently wasn’t enough to prevent this particular driver, though, and apparently it’s not the first time they’ve risked taking the Ferrari F2 out among the general public.

iDNES reports a similar incident took place in 2019, when the same car was spotted on the D4 highway between Příbram and Dobříš, which runs out of Prague to the border with Germany.

At the time, police asked members of the public for help in identifying the driver who was under suspicion of violating the law on traffic on roads.

Authorities are said to have ultimately succeeded in tracking down their suspect, but the driver denied the charges and managed to escape the threat of a fine, or a one-year driving ban.

The suspect was represented by the Drivers’ Protection Society, who pointed out the police failed to stop the vehicle and identify the driver. As the driver was wearing a helmet while in charge of the vehicle, it was tough for police to confirm who was really behind the wheel.

The footage shared online this weekend has been met with mixed responses by viewers, with some describing the driver of the car as their ‘hero’ while others argued their license should be removed ‘forever’.

The more recent incident is believed to have taken place on the same section of the motorway, though it’s unclear whether police are pursuing another investigation to determine the identity of the driver.

What would you do if you came across a car that looked like a real Ferrari F1 car on the highway?   It was more than just the color, the bodywork was modified to look like the real thing and the engine sounded like a Ferrari V10 from the Schumacher era.

Just a GP2 car in Ferrari colors cruising up a highway in the Czech Republic. 😳 Police have not been able to identify the illegal joyrider and are looking for him for questioning. #F1
pic.twitter.com/D5GZLzU32b