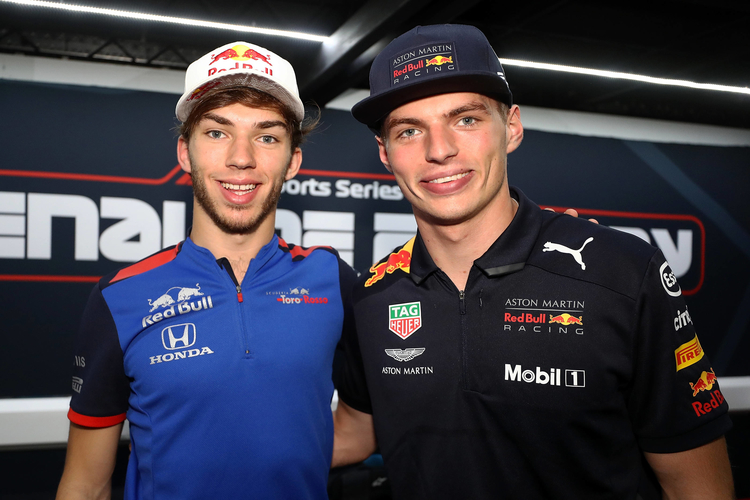 Max Verstappen has changed from a “very aggressive” racer to someone who has “proven his potential”, according to former Red Bull team-mate Pierre Gasly. The Alpha Tauri star said the reigning champion was a bit “raw” when he first joined the sport and often made mistakes on track.

However, Gasly stresses Verstappen’s character has changed as he developed under the Red Bull package. He says Verstappen is now one of the most impressive drivers on the grid who delivers for the team every week.

The Dutchman has gone on to score eight victories from 13 races this season despite having the second-fastest car at most tracks. Speaking exclusively to Express Sport, Gasly said: “I’ve been racing with Max for the past 15 years, even before Formula One, it’s been always intense to race against.

“That’s what I always loved, the battles we’ve had in the past. The close racing. He’s obviously extremely talented. He’s excellent. I think the experience and the combination of what he built with Red Bull Racing is just an incredibly efficient package.

“They proved it. He was probably a bit raw when he came in F1, very aggressive and made a couple of mistakes at the start, even if he was always super competitive. But I think now over the last few years he has just completely proven his potential.

“He is barely doing any mistakes and delivering weekend in and out and really performing at the best of what Red Bull provide him. It’s very impressive but as I said, always entertaining to race against him and I hope to have some really good and intense battles in the future against him.”

Gasly was paired alongside Verstappen at Red Bull for the first half of 2019 after replacing Daniel Ricciardo. But, he struggled to match the Dutchman’s results and was demoted back to Red Bull’s junior team after he was lapped by Verstappen at the Hungarian Grand Prix.