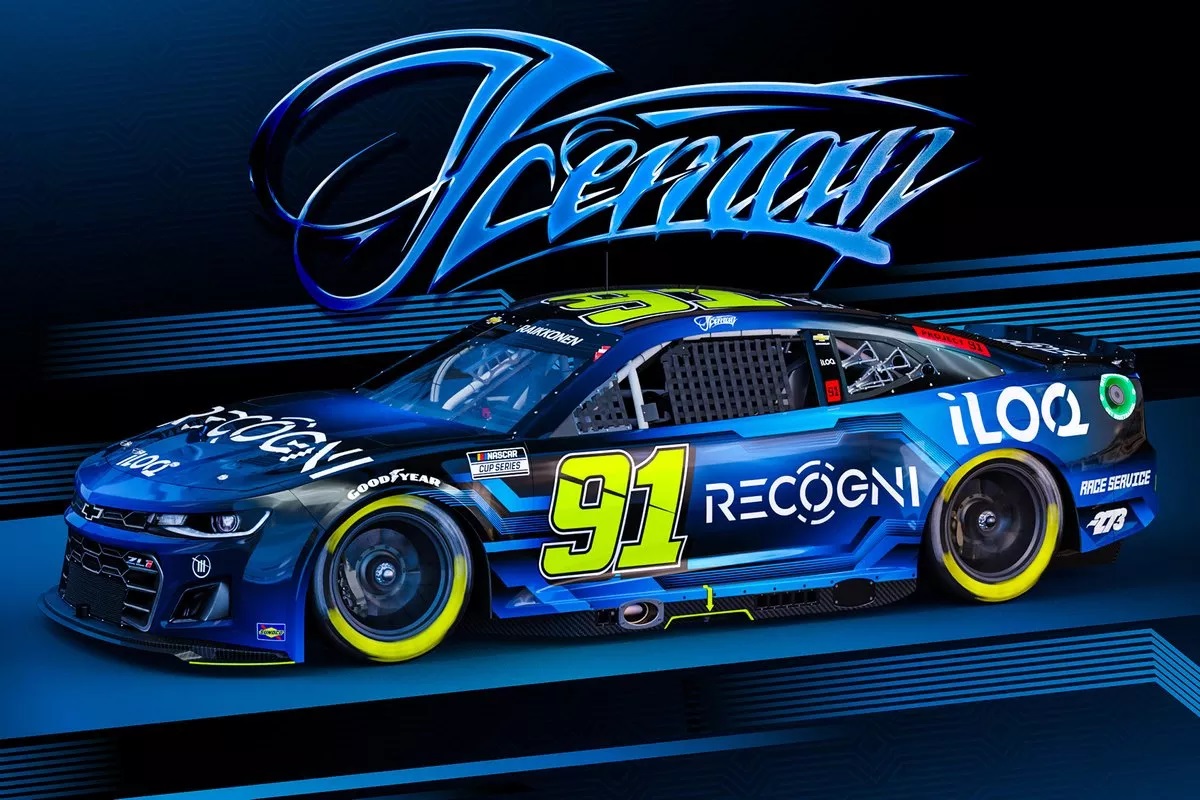 Räikkönen, the 2007 Formula One World Champion and 21-race winner, returns to NASCAR behind the wheel of the No. 91 Recogni/iLOQ Chevrolet Camaro ZL1, introducing two new technology companies to the sport. Recogni, headquartered in San Jose, California, focuses on vision-based artificial intelligence, according to the team’s press release, aiming to allow vehicles to “make driving decisions more accurately than humans while consuming minimal amounts of energy.”

iLOQ is a Finnish-based company that has partnered with Räikkönen, a native of Espoo, Finland, since 2019 that centers around digital locking technology.

Räikkönen, who made respective Xfinity and Truck series starts in 2011, returns to stock-car racing in the Go Bowling at The Glen on Sunday.

He’ll be teammates with Daniel Suarez and Ross Chastain and while the former knows that Raikkonen will drive fast, he’s wondering if the Finn knows how aggressive NASCAR drivers are going to be.