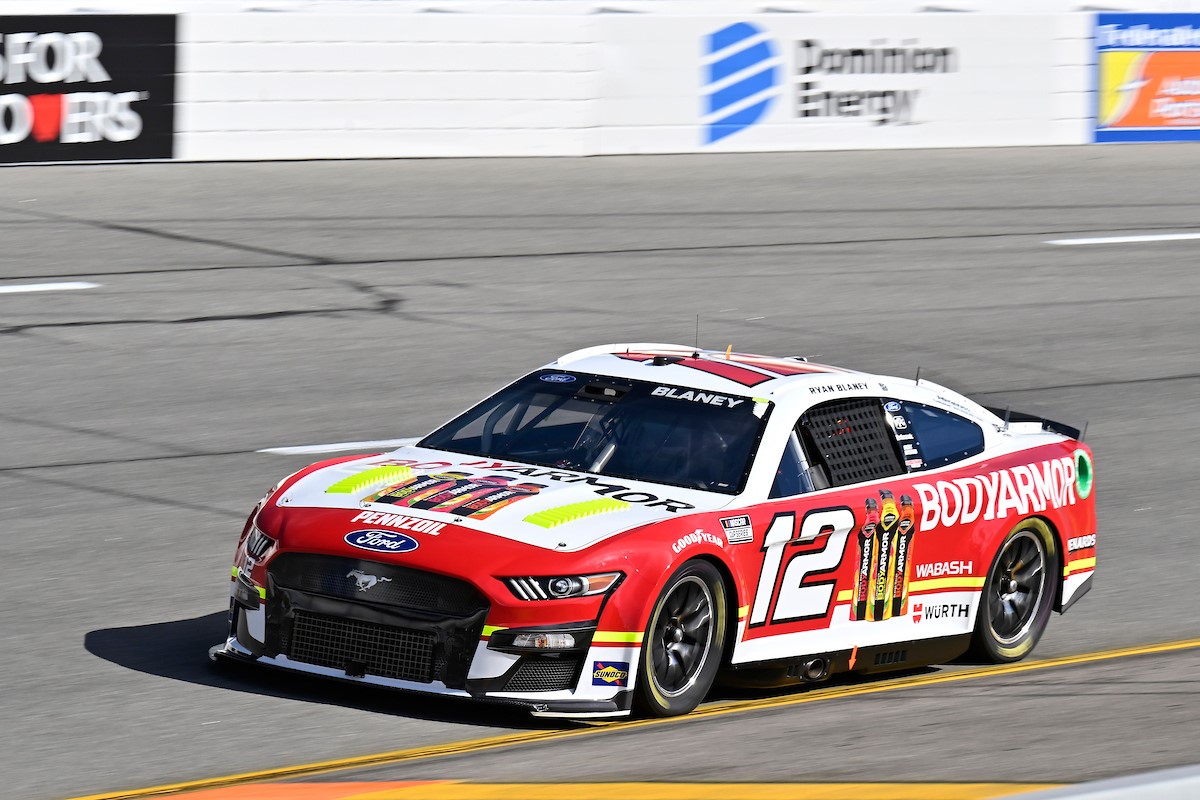 Team Penske announced today that it has reached a contract extension with Ryan Blaney, a seven-time race winner in the NASCAR Cup Series. The long-term agreement will provide the opportunity for Blaney, the driver of the No. 12 Ford Mustang and the winner of this year’s NASCAR All-Star race, to build on the success he has experienced with the team well into the future.

Blaney joined Team Penske in 2012, initially competing in select NASCAR Xfinity Series races for the team. He produced his first victory for Team Penske in 2013, earning a Xfinity Series win at Kentucky Speedway. The 28-year-old third-generation racer has been winning ever since and he’s established himself as a consistent Cup Series championship contender over the last several seasons, competing in the No. 12 Ford.

“Ryan has become one of the top competitors in the NASCAR Cup Series and we are excited for him to continue his career and build on his success with Team Penske,” said Roger Penske. “He has been a key part of our team for more than a decade and we have seen him grow and develop, both on and off the track. He has become a consistent winner behind the wheel of the No. 12 Ford, and he also does a great job representing our team partners. We look forward to what the future holds with Ryan and Team Penske.”

Since joining Team Penske, Blaney has earned a combined 14 victories and 10 poles for Team Penske across both Cup Series and Xfinity Series competition, including a win in this year’s NASCAR All-Star race at Texas Motor Speedway. He has competed in over 250 Cup Series races in his career, winning at tracks including Daytona, Talladega, Michigan, Pocono, Atlanta and Charlotte.

In 2022, Blaney has ranked among the top championship contenders all-season long and is currently second in points with just two races to go in the regular season, after posting eight top-five finishes, 12 top-10 results and three poles.

“Team Penske has been family to me for 10 years, so I’m incredibly excited to continue with this family for the future,” said Blaney. “Roger Penske is a legend in our sport, and I’ve always said getting to drive for him is something everyone dreams of doing. On top of that, we’ve got a great group of partners with Menards, Advance Auto Parts, BODYARMOR, Wurth, Discount Tire, Dent Wizard, Wabash and Ford that have shown a lot of faith in me. I look forward to continuing to win for Team Penske, Roger and all of our partners, as we work towards our goal of winning a Cup Series championship.”

Along with his success on the track, Blaney has consistently been named as a finalist for NASCAR’s Most Popular Driver award since he became a full-time Cup Series competitor in 2016.