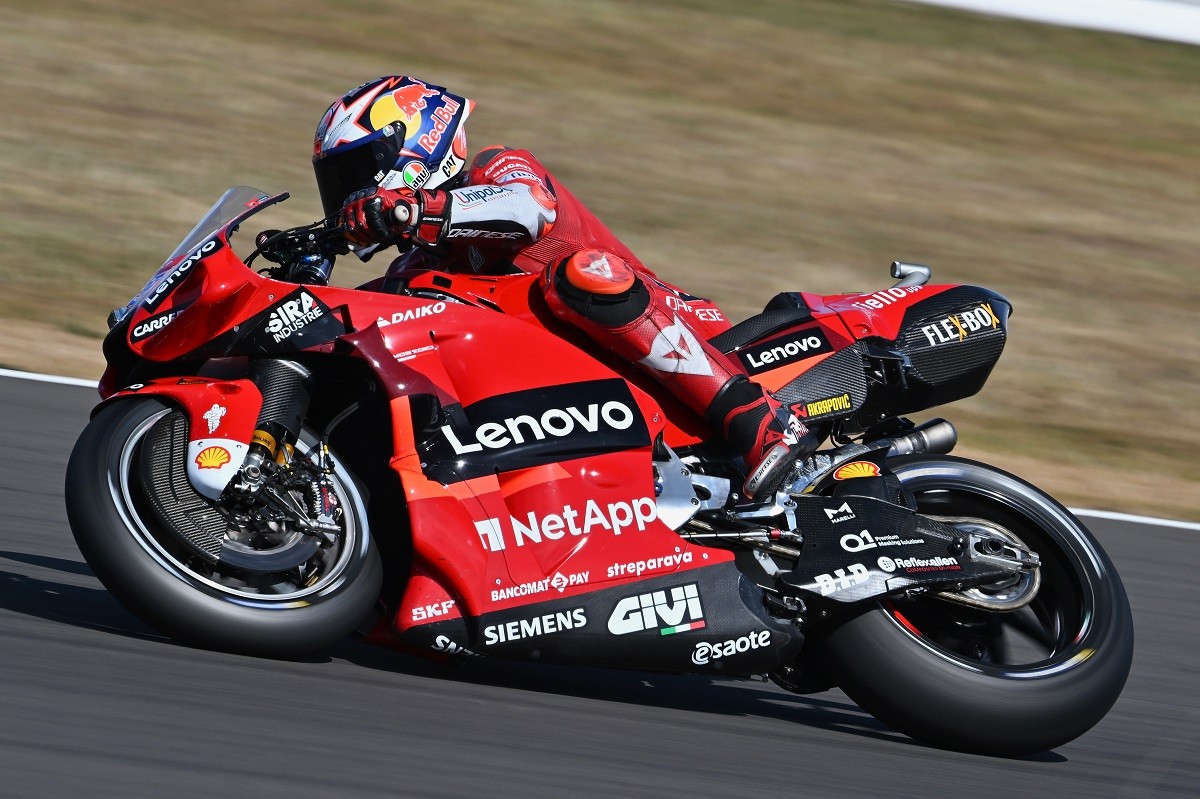 Jack Miller’s  1m30.756s lap saw the Australian top MotoGP FP1 at the CryptoDATA Motorrad Grand Prix von Österreich as the premier class were able to get some slick tire running under their belts at a new-look Red Bull Ring.

Johann Zarco made it a Ducati 1-2 while Joan Mir rounded out the top three, both riders over half a second away from Miller’s pace.

Only the top four riders were within a second of the pacesetter – Jorge Martin the last of those, with World Championship leader Fabio Quartararo finishing P5.