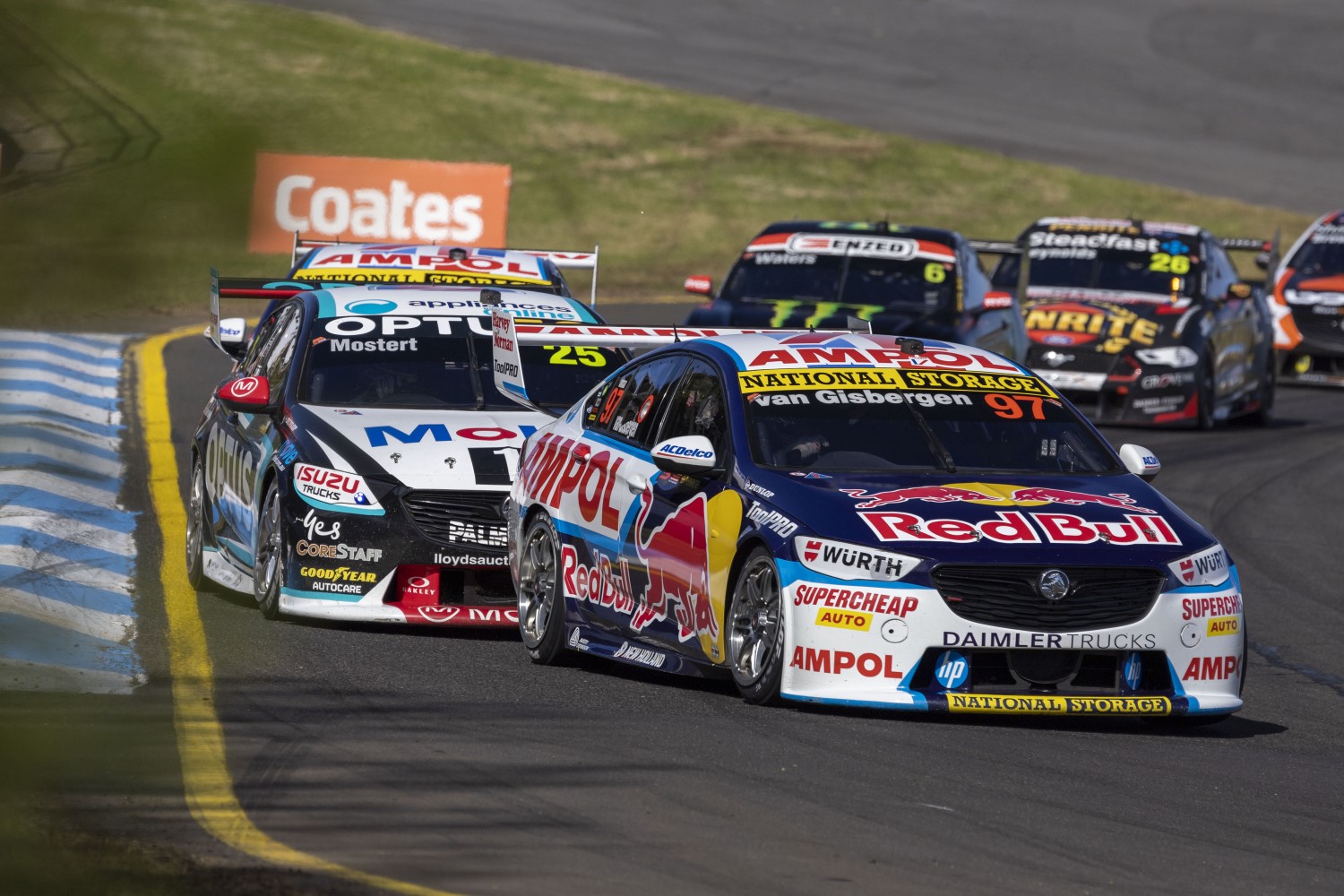 Shane van Gisbergen has extended his points lead with a dominant Race 25 victory at Sandown.

It was van Gisbergen’s 15th win of 2022, and his fourth in the last five races at Sandown.

The reigning champion will carry a 446-point lead into Sunday afternoon’s finale.

Chaz Mostert shrugged off an engine change to finish second, with Will Brown third.

Brown cleared David Reynolds on lap 33 to claim his first podium of the season.

Will Davison, who started 11tafter a qualifying drama, finished down a lowly 15th due to a penalty.

Davison worked his way into the top 10 before he was pinged for a pit lane infringement.

“The car was really good, so much better than yesterday,” van Gisbergen said.

“The real test will come this afternoon, when Will is up the front, he was very fast yesterday.

“I was a bit lost for the first few laps.”

Mostert hounded van Gisbergen in the early laps before the points leader pulled away.

Brown was 4.4s behind Mostert, with Reynolds 1.9s behind the Erebus Commodore.

Brown’s last podium came in Sydney some nine months ago.

Scott Pye was fifth ahead of Heimgartner and Waters, with De Pasquale, Golding and Feeney rounding out the top 10.

The Penrite Oil Sandown SuperSprint will conclude with Race 26 at 4:20pm local time.

Van Gisbergen holds off Davison for Sunday double at Sandown

Shane van Gisbergen has outlasted Will Davison to record his 16th win of the season and draw one step closer to a third career Supercars title.

Davison chased all day but just couldn’t run down Van Gisbergen in the closing stages, while rookie Broc Feeney finished third for his second career podium.

It was a hectic start to the race as van Gisbergen and Davison tussled for the lead.

While the weekend’s previous race winners traded paint, Davison’s teammate Anton De Pasquale tried to sneak past the race leaders only to collide with his teammate and get the front of his car airborne.

That allowed van Gisbergen the break he needed from Davison and the defending Champion never looked back.

The victory was also the 70th of van Gisbergen’s career, which began way back in 2007.

“It was critical in those first few laps, what an awesome battle,” van Gisbergen said.

“It’s a shame Anton got damage, and we couldn’t all fight it out.

“So stoked for the team, double podium, congrats to Broc.

“[Davison’s] been really fast all weekend, I followed him yesterday, he was driving very well.

“That race, I knew I had to get him at the start… I didn’t look in the mirror, I just kept pushing.”

Holden Racing Team rookie Lowndes won a then record 16 races in the 1996 season. Lowndes’ record stood for 23 years before McLaughlin won 18 of the first 25 races in 2019.

McLaughlin and Lowndes both won the Bathurst 1000 and championship in their respective seasons.

While it took 23 years for Lowndes’ record to fall, McLaughlin’s is in serious danger of lasting just three years.

Races 27, 28 and 29 of the season will be held at Pukekohe Park Raceway in Auckland.

Supercars will return to New Zealand on September 9-11.