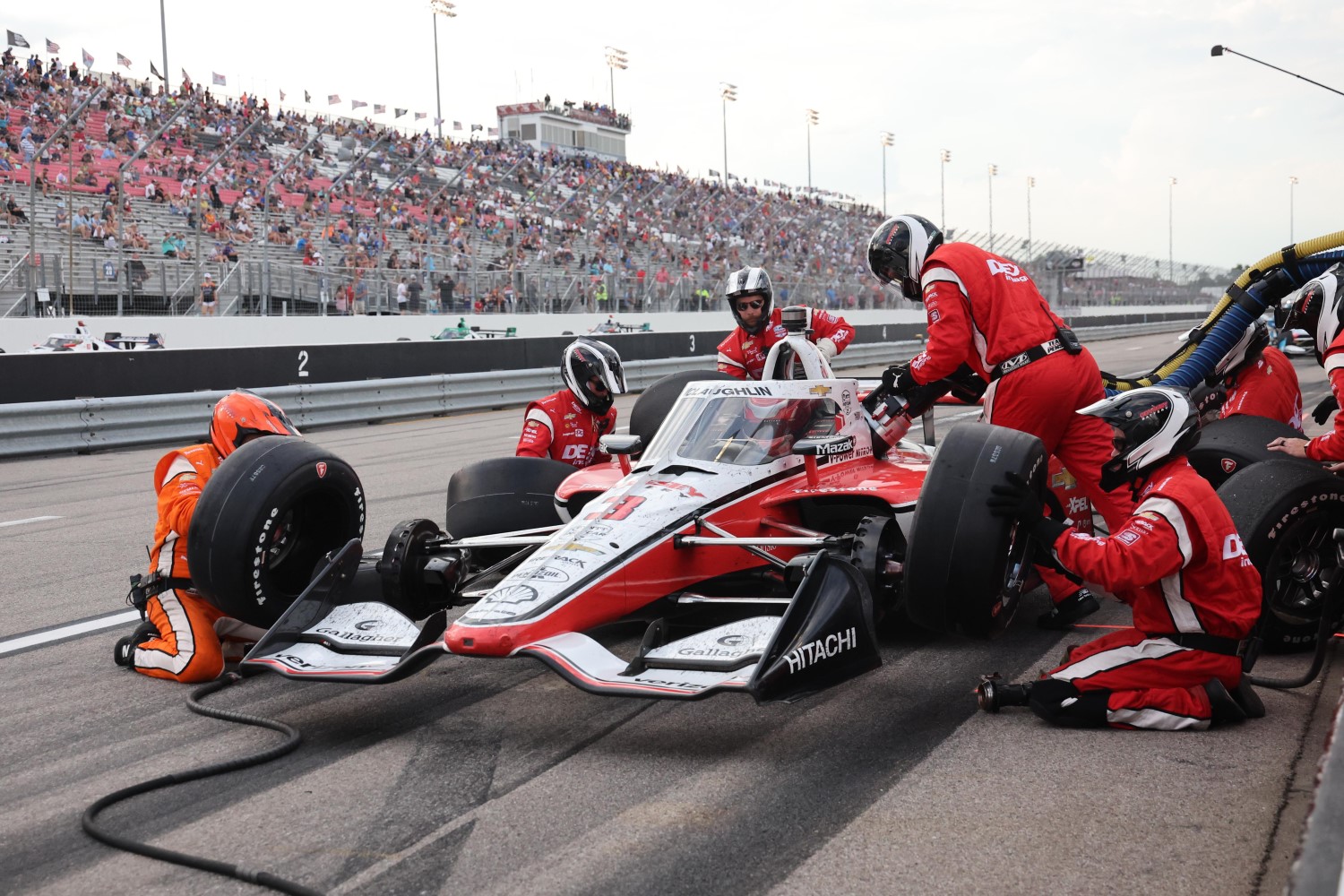 IndyCar and IMS owner Roger Penske keeps saying he wants more ovals on the IndyCar schedule, yet fans continue to reject them.

The annual IndyCar race at World Wide Technology Raceway (Gateway) started out as a near sellout in its first year, but has seen the attendance drop each year, and this past weekend’s race was so poorly attended it appears to be going the way of so many other oval track races – in the dumpster.

The TV cameras did their best to avoid showing the number of people in the grandstands.  It was bad to say the least.

The Indy 500 used to sellout within days of the tickets going on sale for the following year’s race. Now they cannot sell the race out and the seating capacity has been reduced.  It’s still a big race, don’t get us wrong, but demand is not what it used to be.

While years ago, fans were mesmerized watching cars go around in circles for hours, now they just get dizzy and figure they have better things to do with their time.

Yes, the Iowa races were well attended because of the concerts that sponsor Hy-Vee brought in. People came to see the concerts and hung around to see the races – many were not IndyCar fans, but some may become fans.

So, hats off to Hy-Vee for spending millions of dollars to pump up the event.  We also do not know how many thousands of free tickets Hy-Vee plastered the market with in exchange for buying goods in their stores.

Whatever they did, it had a positive effect on how well attended the race appeared to be.

Mark C. Reporting Real News (not fluff pieces) for AutoRacing1.com
Albert Einstein: “The definition of insanity is doing the same thing over and over and expecting different results”