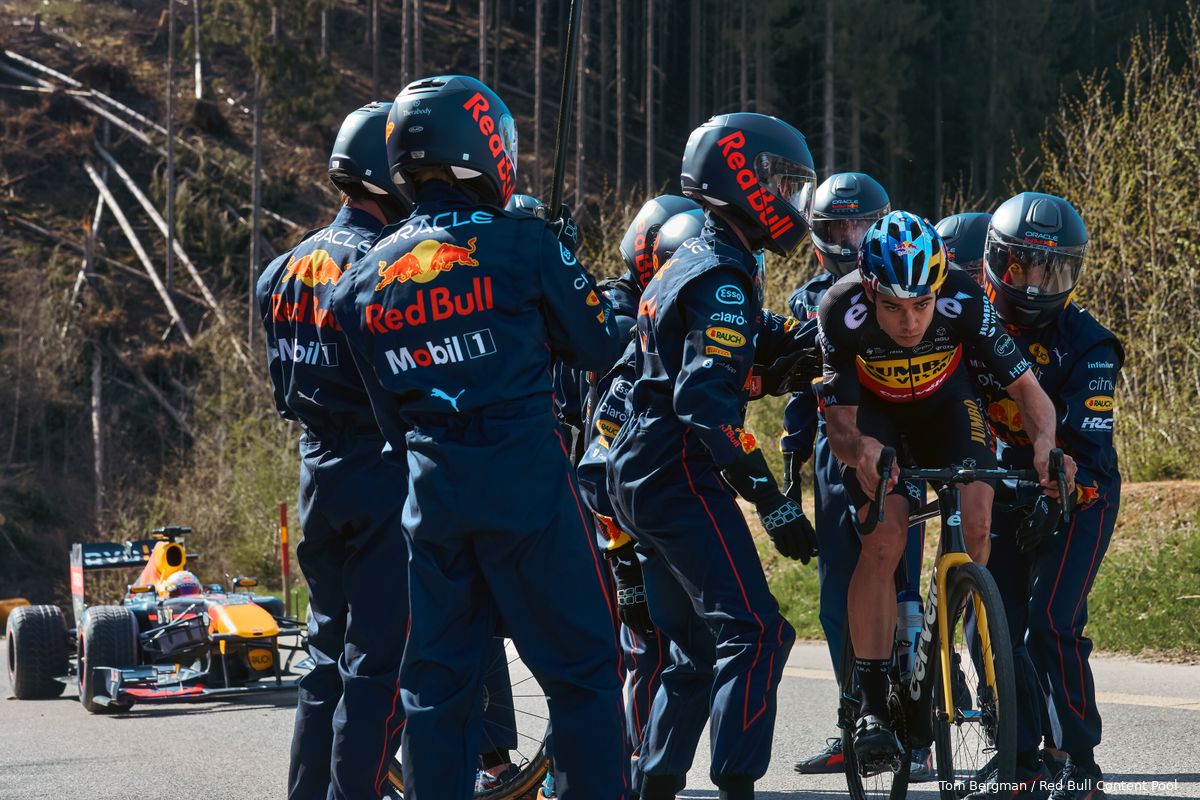 Wout van Aert has been given the F1 treatment in a new mini film featuring F1 world champion Max Verstappen in his F1 car.

The clip, in which Van Aert and Verstappen are controlled via a gaming console, was produced as sponsor publicity ahead of the Belgian F1 Grand Prix this weekend in Spa-Francorchamps.

The clip suggest Verstappen is driving to the circuit, where he has to negotiate obstacles along the way, including racing against Van Aert for a time. When the Belgian rider gets a puncture, he gets the benefit of the Red Bull pit crew to get him on the road again.

“I’m used to being chased, but not by an F1 car. They usually go a little faster than the peloton,” said Van Aert of taking part in promotional clip. “My flat tire came at an unfortunate moment, but luckily the fastest pit crew in the world helped me out. Waving to Max Verstappen as he drove by in his RB7 was an incredible feeling.”