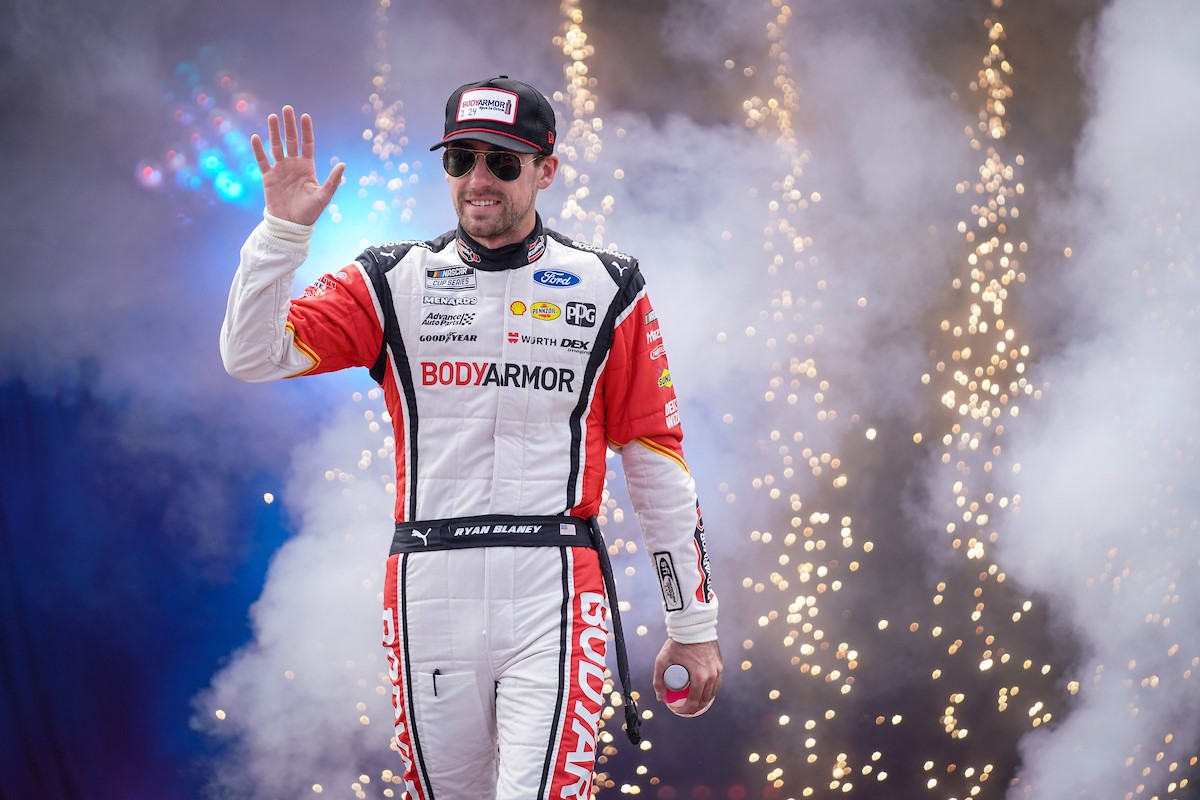 Which non-winning driver in the 2022 NASCAR Cup Series is the odds-on favorite to win Saturday night’s Coke Zero Sugar 400 (7:00 p.m. ET) at Daytona International Speedway and guarantee themselves a spot in the Playoffs? There are actually two answers in this “win and you’re in” scenario.

Defending Coke Zero Sugar 400 Champion, Ryan Blaney, along with his friend Bubba Wallace, are good bets, leading the way at +1000. Blaney sits third in the championship points but needs a victory to guarantee his place in the Playoffs.

The Coke Zero Sugar 400 is the final race of the NASCAR Cup Series season and will set the stage for the 10-race, 16-driver Playoffs. Thus far in ’22, there have been 15 winners and only one spot remains, which will be filled after the checkered flag flies Saturday evening. Blaney is the driver on the Playoff bubble and can still get in via points (if the Coke Zero Sugar 400 is won by a driver who already has a victory in 2022), although Martin Truex Jr., another non-winner this year, is within striking distance and trails the Team Penske driver by just 25 points. If either win the 400-miler, they automatically advance.

There are 15 drivers vying for the last playoff spot, and eight have previously been to Ruoff Mortgage Victory Lane at the iconic 2.5-mile World Center of Racing. While Blaney and Wallace are the non-winning favorites, playoff eligible and rookie drivers Todd Gilliland and Harrison Burton, who crashed while battling for the lead early in the season-opening DAYTONA 500, have the highest odds at +15000.

“At this point, it doesn’t really help us to have a decent points day, so it’s win or go home,” said Burton, son of 2000 Coke Zero Sugar 400 Champion Jeff Burton. “That’s the only goal when we go there now.

We’ve got to be aggressive, to go try and get up front.”

Chase Elliott, who has already clinched the regular season NASCAR Cup Series Championship, is the favorite to win the Coke Zero Sugar 400 at +1000. A full list of the NASCAR odds by DraftKings of the 15 drivers who need to win the Coke Zero Sugar 400 to advance to the 2022 NASCAR Cup Series Playoffs are below (along with specific Daytona results).

Fans can catch this exciting conclusion to the regular season by purchasing tickets starting at $49 for adults and $10 for kids 12 and under. Fans who purchase tickets to the race can also purchase access to the UNOH Fanzone for and additional $60 (sold separate from grandstand ticket). Here, fans can participate in events before the race which include the Coke Zero Sugar 400 Pre-Race Concert featuring Better Than Ezra, pre-race ceremonies, driver introductions, access to the large grass ball field, and signing the start/finish line through the middle of the 18-degree, banked tri-oval. There will be LIVE entertainment on the main UNOH Fanzone Stage throughout the weekend, including Fan Q&A sessions with NASCAR Personalities.

Tickets to the NASCAR Xfinity Series Wawa 250 Powered by Coca Cola start at $35 for adults and FREE for kids 12 and under. The Wawa 250 takes place on Friday, Aug. 26, the day before the Coke Zero Sugar 400, and access to the UNOH Fanzone will be available before this race as well! Fans can also purchase a Two-Day Pass which includes access to both races.

Tickets for the Coke Zero Sugar 400 and the Wawa 250 Powered by Coca Cola can be purchased online at www.daytonainternationalspeedway.com or by calling 1-800-PITSHOP.