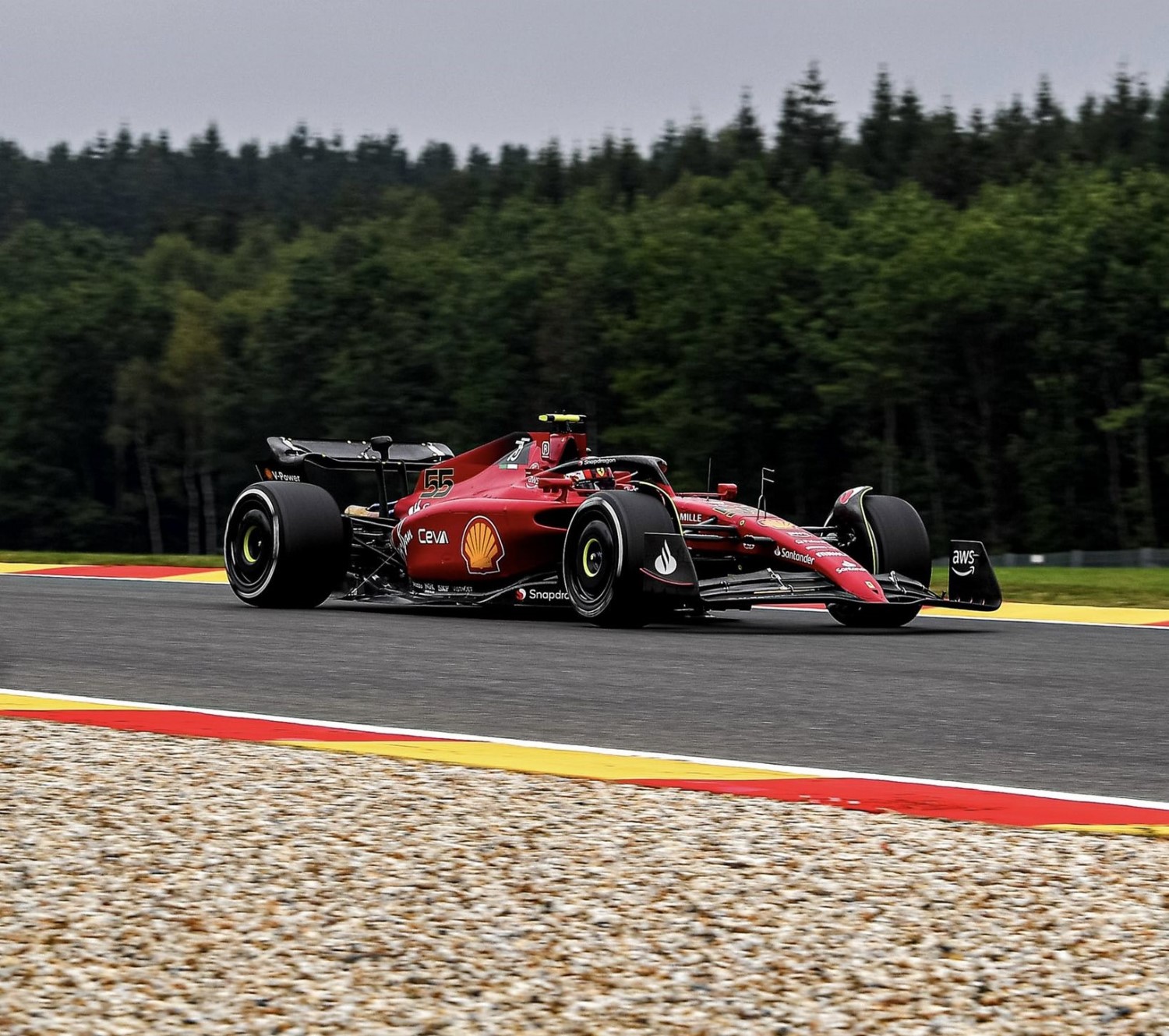 With a red flag and rain ruining the last 30 minutes of practice 1 for the Belgium GP, no one was able to topple the two Ferraris at the top of the speed charts.

Before the rain hit the track, Carlos Sainz Jr. turned a lap of 1m46.538s to nip his Ferrari teammate Charles Leclerc by just 0.069s.

Max Verstappen was third quick, 0.217s back for Red Bull, but it appeared he did not have his DRS open on his fast lap.

A whole host of drivers will be taking grid penalties for Sunday’s race, including the two title rivals…Charles Leclerc and Max Verstappen will be starting at the back on Sunday, having decided to take engine penalties on a track where passing is possible

George Russell was 4th quick in the upgraded Mercedes, while Lance Stroll was a surprise 5th for Aston Martin, 0.899s behind.