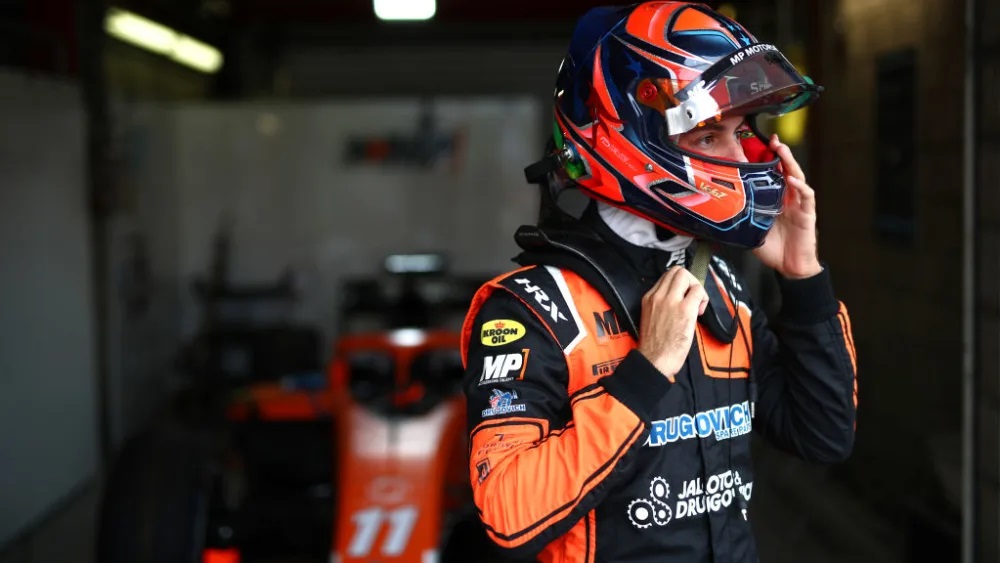 Championship leader Felipe Drugovich put in a mighty lap to take pole position for the Spa-Francorchamps Feature Race ahead of Enzo Fittipaldi and Logan Sargeant.

His closest rival in the Championship Théo Pourchaire had to settle for eighth on the grid, meaning that the Frenchman will line up third on the grid for Saturday’s Sprint Race.

With rain in the air, drivers got out there right away with soft tyres bolted on to try and beat the weather. Jack Doohan led the pack but a lock-up and spin into La Source on his second warm-up lap proved how tough conditions were despite the rain holding off.

Jüri Vips was the next to suffer a spin, this time coming out of Turn 1, but the Hitech Grand Prix driver couldn’t keep his engine going and a Red Flag was brought out to recover his car.

The session resumed with 23 minutes remaining and plenty of drivers got out on track immediately with the clouds and fog hanging around the Spa-Francorchamps circuit.

As the first times filtered through, it was the other Hitech car of Marcus Armstrong that set the pace to beat, a 2:00.353s the benchmark time. Dennis Hauger was just a fraction off that, 0.049s down in P2 with Sargeant third fastest for Carlin with 15 minutes remaining.

Drugovich completed a second attempt as the others peeled back into the pits and posted an effort good enough for provisional pole, becoming the first to dip underneath the two-minute mark on a 1:59.990s.

David Beckmann had gone fastest in the middle sector as the clock ticked towards five minutes remaining, but encountered traffic at the penultimate corner. His effort was for naught as a result, as he took to the runoff area.

Ralph Boschung took provisional pole for Campos Racing, but it was only for a moment. Jehan Daruvala and then Jack Doohan went quicker with track conditions ramping up in the closing stages.

Drugovich restored his MP Motorsport car to the top of the pile with three minutes remaining, setting a 1:58.232s to go seven-tenths clear of anybody ahead of the final flying laps. His time was better than anyone else would manage for the rest of the session.

Doohan improved his time in P2 but couldn’t get within half a second of the Brazilian. Enzo Fittipaldi could though, leaping up the times to go second-fastest for Charouz Racing System. Likewise, Sargeant was able to find time at the end to climb up the order, putting his Carlin third on the Feature Race grid.

Doohan ended the session fourth while Beckmann did get another time in to go fifth ahead of Liam Lawson, Richard Verschoor, Theo Pourchaire, Daruvala and the returning Boschung, who rounded out the top 10.