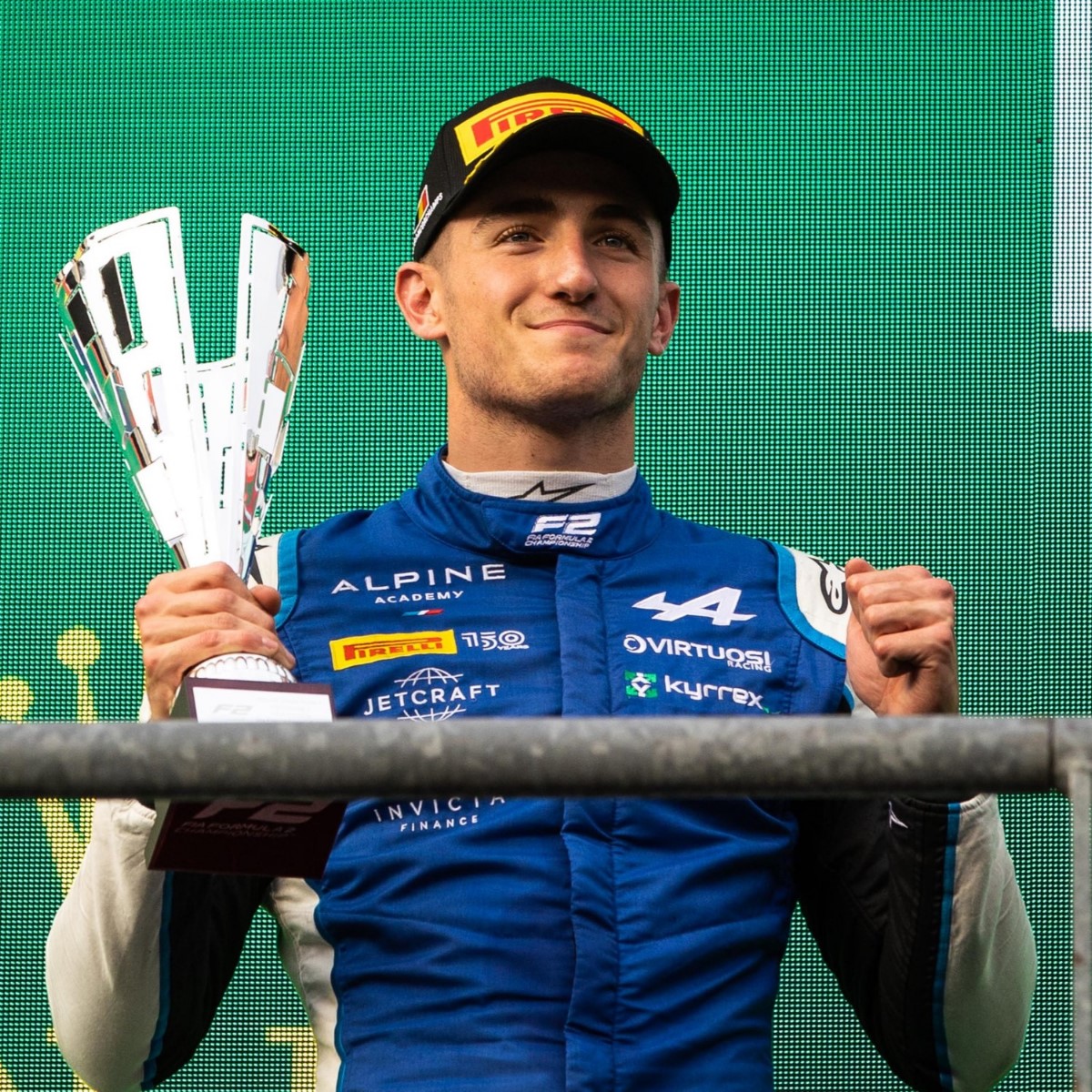 Jack Doohan (shown above) made his Feature Race victory at Spa-Francorchamps look comfortable, winning from Felipe Drugovich and Liam Lawson after starting fourth on the grid.

The Virtuosi Racing driver pulled off an undercut and held the MP Motorsport driver at arm’s length for the remainder of the race to secure the victory. Lawson’s P3 finish made it two podiums from two races in Belgium to cap off a strong weekend for the Carlin driver.

Drugovich surged off the line and Doohan cleared Enzo Fittipaldi to take second into La Source. David Beckmann followed through down the Kemmel Straight on the Charouz Racing System driver at Les Combes to take third. Logan Sargeant dropped down also, falling from third on the grid to seventh on the opening lap.

Lawson was the next to make a move on Fittipaldi, going side-by-side with the Brazilian into Les Combes on Lap 2. The Charouz ran over the escape road to hold position from the Carlin. Lawson was eventually let back through by Fittipaldi entering Lap 5 but benefitted from DRS down the Kemmel Straight and went side-by-side with the Carlin through Les Combes. Some minor wheel banging ensued, but it was the New Zealander who emerged with fourth.

Théo Pourchaire’s title hopes took a major hit though, sliding down the order and out of the race with an issue. Richard Verschoor took fifth from the Charouz on the next lap, using DRS to claim the place into Les Combes.

Fittipaldi and Sargeant were the first to pit for mediums on Lap 8, feeding back out in 14th and 15th places respectively. Lawson responded on the following lap, but it was a slow stop for the Carlin driver. He rejoined ahead of Fittipaldi but had the Charouz for close company as a result of the delay.

Doohan was in from second on Lap 10, leaving Drugovich and Verschoor at the head of the field. Beckmann also pitted but the Van Amersfoort Racing driver ultimately fell behind the Lawson/Fittipaldi battle. The Brazilian tried a move around the outside into Les Combes on Lawson but once more, ran across the exit and had to give up the place to the Carlin.

Drugovich made his mandatory stop on Lap 11, relinquishing the lead to Verschoor. The earlier stop for Doohan gave him a comfortable lead as Drugovich struggled to generate tire temperature on pit exit.

Dennis Hauger was able to pull off a move at Les Combes around the outside, clearing Marcus Armstrong in their battle at the lower end of the top 10, but contact mid-corner sent the PREMA Racing man across the curbs. The Norwegian was able to stay ahead but Armstrong later received a five-second time penalty for the incident.

Doohan’s lead had been more than three seconds over Drugovich but after catching traffic in those that were yet to pit, it allowed the Brazilian to close back up to within DRS range in the lead battle.

Jüri Vips and Zendeli were the first of those on mediums to swap to the softs on Lap 15 while Verschoor and Ayumu Iwasa continued to extend their stints at the front. The DAMS driver was in on Lap 16 for his softs, but Verschoor was beginning to set a decent pace despite the tire disadvantage to Doohan and Drugovich. The Dutchman was in on Lap 17 for his mandatory stop and fed back out in ninth position, 19 seconds off the lead Virtuosi Racing car.

Verschoor cleared Armstrong with DRS at the top of the hill on Lap 18 and set about the train of cars ahead of him in the lower end of the top 10. A move out of the final corner gave him seventh against Hauger and he repeated the same move on Beckmann one lap later to rise up to sixth.

DRS on Sargeant moved the Trident driver up to fifth on Lap 20 and a repeat on Lap 21, this time on Fittipaldi, gave him fourth place but with seven seconds to make up to reach a podium fight with Lawson. It was as far as the Trident got though, unable to close up further as his softs began to wear.

Doohan had things under control out in front ahead of Drugovich and took victory without a threat on the final lap. The MP driver extended his Championship lead with another podium, while Lawson claimed his second podium of the weekend in third. Verschoor ended up fourth ahead of Fittipaldi, Sargeant, Beckmann, Iwasa, Vips and Novalak in the top 10.

“I’m stoked! Finally my first Feature Race win and for it to all come together like that this weekend, obviously not perfect, but P2 in the Sprint from P7 and P1 today from P4 is the most I could’ve asked for. I’m really happy. Now just eyes forward on the next two rounds and the remainder of the season.”

Drugovich’s points tally climbs up to 205 while Pourchaire’s DNF leaves him 43 points adrift in second. Sargeant remains third in the standings on 127 points. Doohan’s victory lifts him up to fourth in the Championship, now on 121 points ahead of Lawson who reaches 114 for the season.

In the Teams’ Championship, ART Grand Prix still leads the way on 253 points, but Carlin has closed the gap in second, now on 241 points. MP Motorsport remains in third too, now on 232 points.