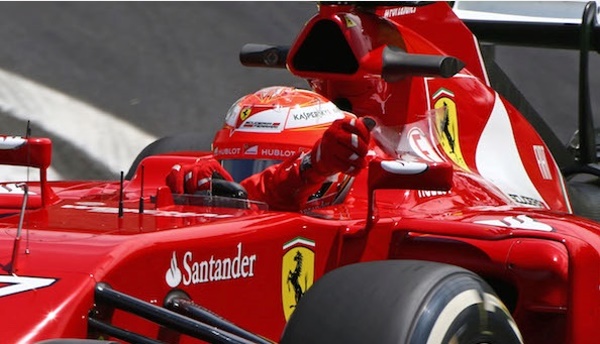 It seems Charles Leclerc likes what we suggested below. He suggests that drivers should be forced to keep their tear-offs inside the car, as they were requested to do several years ago during a previous attempt to eradicate the problem.

“I think maybe moving forward, it will be good that we maybe find a solution to keep the tear off inside the car,” he said, when asked by Autosport Thursday at Zandvoort about the situation.

“In this particular situation, I think somebody was losing oil or something. I could not see anything with my visor, and all the drivers in front of me couldn’t see anything in their visors.

“So it happened that, at the first moment of opportunity, we had to take off the tear-off, and it was on this straight.

“I found myself with tear-offs flying all over the place and in that case, you cannot do much as a driver.

“I mean, obviously, I’m not angry at all with Max, and it is obviously not the fault of the drivers, but we might look at something to find a way to keep the tear-offs somewhere in the car.

Asked about the old rule, Leclerc said: “I guess there were reasons this rule was scrapped off, which I’m not aware of these reasons. But maybe there are other solutions.”

Like we said, this isn’t rocket science, folks.  Fix it!

Charles Leclerc’s Belgian Grand Prix was ruined by a visor tear-off strip from title rival Max Verstappen’s helmet getting into the brake ducts of his Ferrari.

Video footage has confirmed Verstappen tore off a visor in the opening stages and the small strip went into the right-front brake duct of Leclerc, who was racing directly behind.

That forced Leclerc into an unscheduled pit-stop and later would cost him fifth place — the visor getting stuck in the ducts led to a sensor failure which caused the Ferrari driver to speed in the pit-lane, earning him a five-second penalty which relegated him behind Fernando Alonso at the end of the race.

Verstappen won the race to open up a seemingly insurmountable 98-point lead over Leclerc with eight races to go.

“I hope it’s not mine,” Verstappen said after the race, adding that Leclerc had been “super unlucky”.

Why is this practice allowed?

F1 implemented such a rule starting at the Monaco GP back in 2016, but it has not been enforced.

At the time Fernando Alonso said, “I think it’s not a problem. Let’s say it’s a strange rule because we never had this kind of rule, but it’s also not a problem to keep the tear-offs inside the cockpit, so it’s OK.

“We have alternative solutions that we will find. We keep trying. We try a couple and tomorrow we will find a place. Some of these places I cannot tell you now because it’s 18+!

“I think we will have to do it in the pit lane, to be honest. When we do the pit stops it’s ten seconds when we are 60kph, it’s the perfect opportunity to do all these things.”

“We have to not throw them out of the cars, so it is a case of finding a way of putting them somewhere else,” Jenson Button said back in 2016. “There are many different ideas that many have come up with, we stick them in the cockpit in different places.

“It is not the easiest thing to do, especially if you have been taking off tear offs for 20 years of your life, suddenly you can’t. Even when you know you have to stick them in the car, your hand is in the air, and you are trying to put it back into the cockpit.

“Two ways of looking at it. It is silly in one way, but also Fernando has had two failures the last couple of years with tear-offs going in the brake duct. One was his own, he took it off, and it went in the brake duct and one was from someone else. It happens and you end up with failures, but it is not a safety issue because we see it as a team because the brakes get hot, but it means you have to retire.”

“Honestly, I don’t see any solution. Unless you put a glove box in the car,” joked French driver Romain Grosjean, who raced for the US-owned Haas team back in 2016.

Grosjean said he had tried to keep the tear-offs in the cockpit, being under the misapprehension that the rule was already being enforced.

“It’s a disaster,” he said. “I don’t know what we are going to do. We tried to put tape on the side of the chassis but once you’ve taped one, where does the next one go? I remove four to five in a race.”

“We were discussing the other day at the drivers’ briefing, how can you survive with one tear-off for the entire race? In the first three laps, you probably throw three already,” said the Mexican driver.

“Sometimes they break … so you have to go for the other side, and at the same time you have to change gear, or you hit the limiter. If it’s what we have to do and put it somewhere in the car … but where?

“I don’t really know how we are going to do it … I think the FIA has to think of another alternative.”

You’ve had 6 years to implement a solution. F1 and IndyCar – Fix it!

If they cannot design a standard pouch in the cockpit that the drivers can quickly place the discarded tear offs in, then enforce a rule that says a driver can only remove a tear off on pit road.

And driver suits should have two mandatory slots on the front – one for a water or solution soaked rag and one for a dry rag that the driver can use when not on pit lane.

Will it take a driver’s focus away on the straight for 5 seconds?  Yes, but it will be the same for everyone.  You wipe when you safely can, or wait for your pitstop.