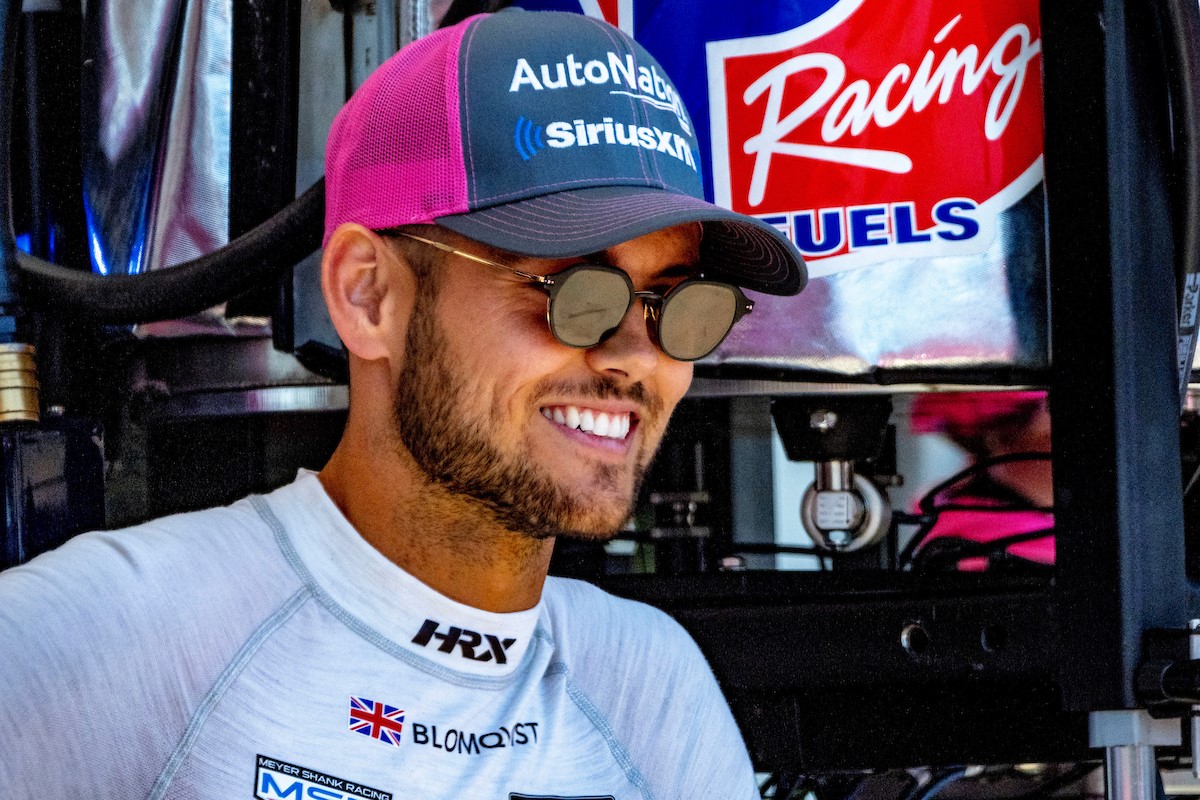 Meyer Shank Racing has announced a new contract for IMSA driver Tom Blomqvist and a test in one of its IndyCars at season’s end.

He is the first driver MSR has announced to drive theirAcura ARX-06 LMDh in 2023.

Before that season kicks off, he will get behind the wheel of the team’s IndyCar.

I’m really excited to be renewing the partnership with MSR,” said Blomqvist.

“MSR put a lot of trust in me putting me in the car this year, and we’ve had a successful campaign.

“We work well together, and it’s clear from the results that we’ve had, and now we are focused on taking the championship.

“Obviously with the new car it will be a different challenge, but one that we are all super motivated for.

“The IndyCar test is something that I’m really excited for as well,” he added.

“It’s awesome that Mike and the team have respected what I’ve done this year and are giving me the opportunity to drive one of their IndyCars.

“It’s definitely something that I aspire to do in the future and I have to thank the team massively for giving me the chance to do that test.”

Team co-owner Mike Shank said, regarding the IndyCar outing, “I’m also pleased that we are able to give him a chance to test out our IndyCar.

“He’s got an open-wheel background with Formula E and it will be exciting to see what he can do in an IndyCar.”