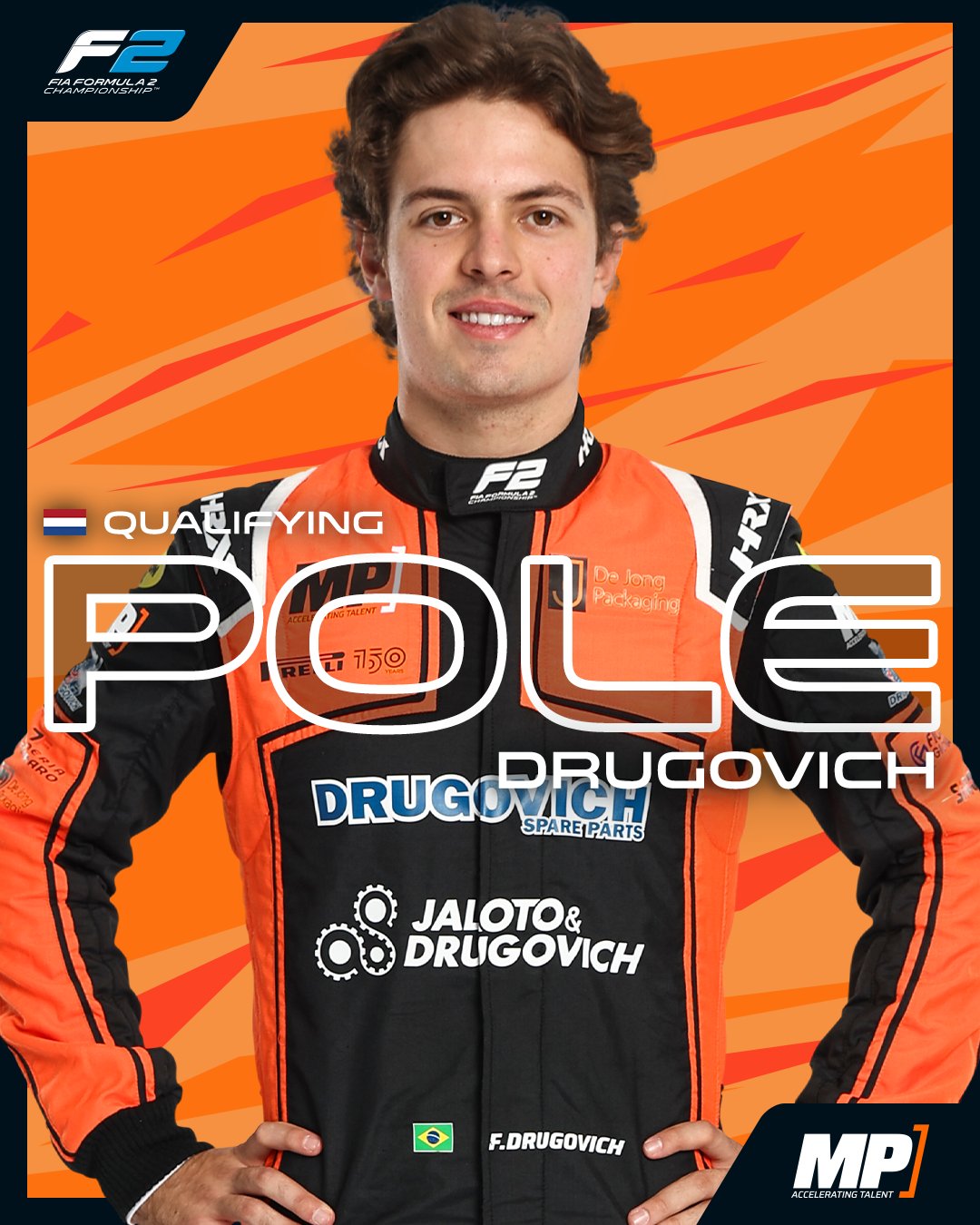 Felipe Drugovich put himself within touching distance of the 2022 Formula 2 Drivers’ Championship by claiming his second consecutive pole position, over two tenths clear of Jack Doohan and Logan Sargeant.

Very slow out laps for the entire field marked the beginning of the Qualifying session. With track temperatures comparatively boiling compared to those they faced during Free Practice, ensuring longevity in the soft Pirelli tires was paramount for a quick lap.

Felipe Drugovich set the initial time to beat on a 1:21.915 until the fastest man in Practice Doohan restored his name to the top of the timing screens on a 1:21.760. Dennis Hauger slotted in to third position, 0.012s faster than Théo Pourchaire as the top four were the only drivers inside the 1:21’s.

The Frenchman’s strong start was short lived. Red flags with 21 minutes left were down to Pourchaire finding the barriers at Turn 3. A snap of oversteer on the corner entry sent him directly into the outside wall and required a repositioning of the barriers before getting underway again.

Once the lights at the end of the pit lane went green, there a big queue headed out right away. The pause did allow for some improvements. Ayumu Iwasa moved up the order to second, whilst Sargeant went third fastest for Carlin. Doohan meanwhile extended his advantage to 0.353s clear, his new benchmark a 1:21.487.

Drivers returned to the pits before another flurry of action commenced as the clock ticked towards 12 minutes remaining. Iwasa leapt to the top with just under eight minutes to go but was immediately displaced by the Carlin duo. But neither could prevent Drugovich surging up to take provisional pole by 0.528s on a 1:20.713.

Doohan’s next attempt was good but not good enough to stop the Championship leader. He halved the gap to the MP Motorsport driver to go second fastest. Richard Verschoor didn’t want to disappoint the home fans and he moved up to fourth for Trident.

A second red flag with under four minutes left for Jehan Daruvala brought another pause to the session. A spin between Turns 7 and 8 left the PREMA Racing man stuck on the sidelines. With three minutes left of Qualifying, Drugovich was out of the car before the session resumed, such was his confidence nobody would beat his effort.

Having already spent their fresh soft tires, the majority of the field remained in the pits with Drugovich too, effectively ending Qualifying early as the clock ticked down to zero.

Doohan will start alongside Drugovich on the front row with Sargeant and Verschoor third and fourth. Iwasa ended fifth with Lawson, Hauger, Jüri Vips, Marcus Armstrong and Clement Novalak making up the rest of the top 10.

The Frenchman will have his eyes set on securing his first podium of the season at MP Motorsport’s home race when he lines up on reverse grid pole for Saturday’s Sprint Race at 17:00 local time.