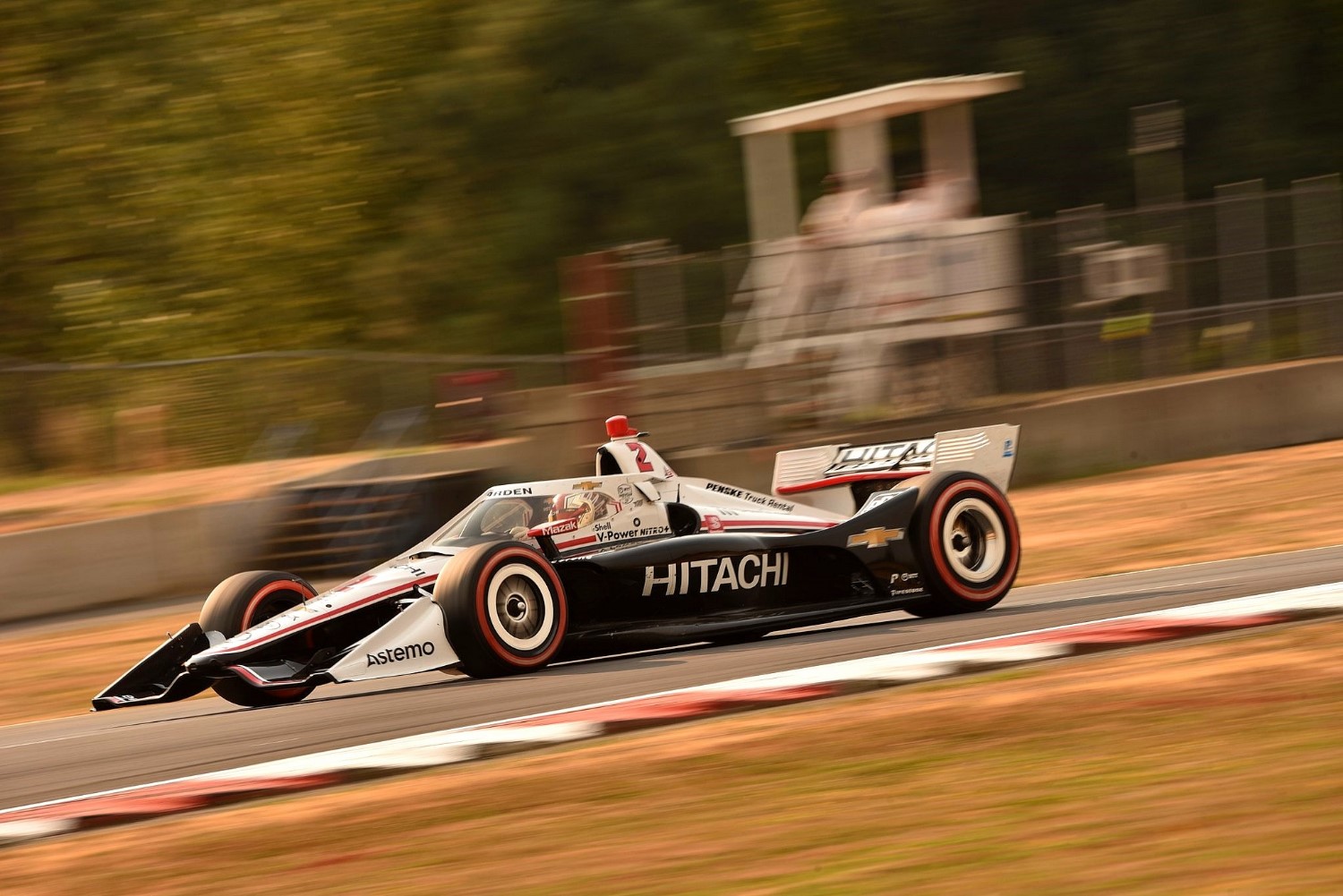 Between drivers spinning off and a Big Screen Jumbotron falling down, practice 1 in Portland for the NTT IndyCar Series was rather disjointed. But the crowd was so sparse, hardly anyone was there to notice.

When all the smoke and dust cleared, Josef Newgarden turned the fastest lap in his #2 Penske Chevy with special Penske shock at 58,5769s to lead David Malukas by 0.1255s in the #18 Dale Coyne Honda.

The 75-minute practice took nearly three hours to complete due to three red flags for minor on-track incidents and another one lasting one hour, 21 minutes for a hydraulic issue on a large video screen adjacent to the front straightaway.

“Strange day,” Newgarden said. “Odd red today. But we all waited it out and got on track and felt really positive to start the weekend. I was really happy with our car and our start point.

“The test (last Friday at Portland) was very productive for us. We learned a lot about the track here specifically in different temperatures, and that paid dividends today. Feeling confident tomorrow and think we can have a good run in qualifying.”

Another American driver continued a recent upswing during practice Friday, as rookie David Malukas was second at 58.7024 in the No. 18 HMD Honda on the 12-turn, 1.964-mile road course. Malukas finished a career-best second behind Newgarden at WWTR.

Scott McLaughlin helped Team Penske take two of the top three spots as he ended up third at 58.7156 in the No. 3 Freightliner Team Penske Chevrolet. McLaughlin is sixth in the standings, 54 behind leader Power, and one of seven drivers still eligible to win the championship with two races remaining.

Alexander Rossi was fourth at 58.7639 in the No. 27 NAPA AUTO PARTS/AutoNation Honda, as the top four drivers in practice each were quicker than Alex Palou’s pole-winning lap of 58.7701 from last year.

Colton Herta helped Andretti Autosport land two drivers in the top five as he was fifth at 58.8246 in the No. 26 Gainbridge Honda.

Newgarden and McLaughlin were the only two among the seven drivers still in contention for the Astor Challenge Cup to end up in the top five of the time sheet today.

Webster, a small forward who played in the NBA for 10 seasons, was selected by the Trail Blazers directly from high school with the sixth overall pick in the 2005 NBA Draft after starring at Seattle Preparatory School. He played in Portland for five seasons (2005-2010), averaging 8.5 points and 3.1 rebounds per game and spent his final NBA season with the Washington Wizards during the 2014-15 campaign.

“I’m a race fan and love to drive. I find getting lost riding motorcycles or driving sports cars is the best way to find myself,” said Martell Webster. “It’s going to be a memorable vibe being a part of such an amazing INDYCAR race here in Portland.”

“We are thrilled to announce that Martell (Webster) is joining us as grand marshal for the Grand Prix of Portland,” said Jerry Jensen, vice president and general manager of the race event. “Martell is admired in the Pacific Northwest both as an athlete and for his contributions off the court in the community, and we look forward to the excitement he’ll add to the race weekend.”