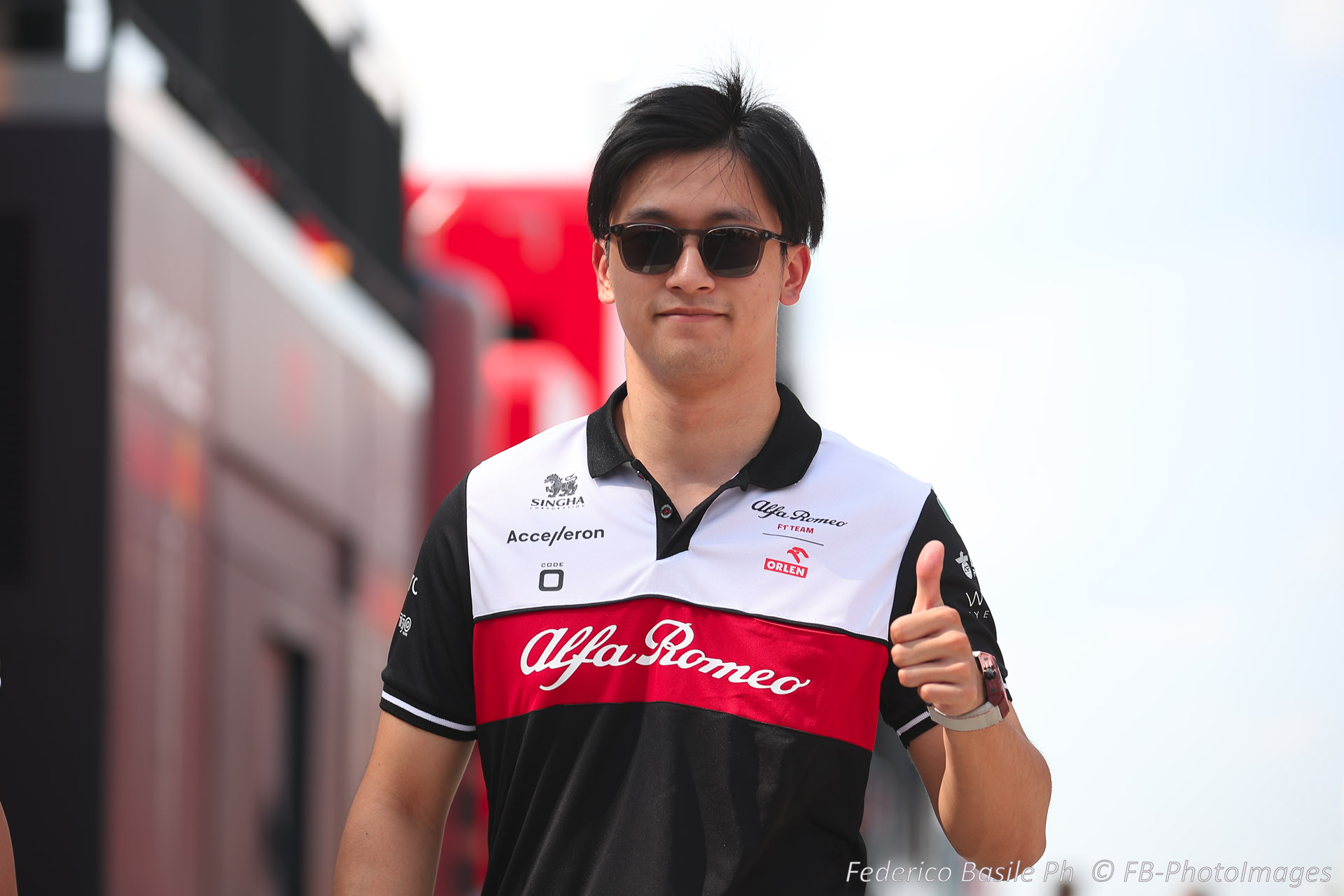 The check from China has arrived. Alfa Romeo F1 Team ORLEN will continue its journey with Zhou Guanyu as the team extends its relationship with the Chinese driver for the 2023 season. During the course of a successful debut campaign, Zhou has demonstrated levels of maturity and race craft that belie his young age, contributing to the development of the team as it makes its way to what is currently P6 in the Constructors’ Championship.

Having made history as the first driver from China to compete in Formula One, Zhou announced himself on the biggest stage in motorsport by scoring points on his debut at the Bahrain Grand Prix. He impressed the team with his commitment and his attitude, forming a strong partnership with team-mate, Valtteri Bottas, and displaying progress in his performances, both in qualifying and the race, round after round.

Among Zhou’s qualities, his hard-working approach has been instrumental in earning the admiration of everyone at Alfa Romeo F1 Team ORLEN: a regular at the team’s HQ, Zhou has contributed to advancing the simulator program and has left no stone unturned to extract the maximum potential from the team’s C42.

With a successful debut season under his belt and the experience that comes with it, Zhou Guanyu will be aiming to make the next step in his progression.

Frédéric Vasseur, Team Principal: “I am looking forward to continuing working with Zhou. From day one with the team, at the Abu Dhabi test last year, he has impressed me with his approach to work and this is always a very positive trait. We knew he was quick, but the way he adapted to Formula One in such a short time has been one of the best surprises of our season. He is a very nice guy, everyone in the team likes both his personality and attitude. He has had the humility to ask questions and learn, from the engineers as well as Valtteri, and the intelligence to apply all the information he got to improve race after race. He will have this experience to draw on next season, and I am sure he will make another step forward as we continue to grow our team.”

Zhou Guanyu: “I am happy and grateful to Alfa Romeo F1 Team ORLEN for the opportunity to be part of the team for another season. Making it to Formula One was a dream come true and the feeling of competing for the first time in a race will live with me forever: the team has been incredibly supportive, welcoming me from day one and helping me adapt to the most complex series in motorsport. There is more that I want to achieve in this sport and with the team, and the hard work we have put together since the start of the year is just the first step towards where we want to be next season. There is still a lot to learn, a lot to develop, but I am confident in our work: I am looking forward to the next chapter of our story together.”

(GMM) Chinese rookie Guanyu Zhou is not too worried about potentially losing his race seat at Alfa Romeo for 2023.

On paper, the 23-year-old does not have a guaranteed deal for next season, but he says “Fred and everyone in the factory is happy with my performance”.

“I had a hard time in the beginning, but I’m glad I’m faster every time I get back in the car. If I am now four tenths behind then I am no longer satisfied, while in the beginning it was eight tenths.

“Fred is very happy, and I look forward to continuing with them.”

‘Fred’, of course, is Sauber boss Frederic Vasseur, who at Zandvoort agrees that Zhou is doing “a good job”.

When asked what the Chinese needs to do to keep his seat for next year, Vasseur added: “It’s not about what he has to do until the decision. It’s a long process.

“Zhou is doing a good job. For a rookie, it’s not just a matter of pace. You have a lot of things to learn in F1 and a lot of different pressures and they have to discover this world.

“And Zhou did it perfectly with a very good collaboration with the team. But as I said before, and as we decided before, we will take a decision by the end of September, and we have to stay calm on this.

“He is very committed, and he’s doing a good job, but the time for the decision will be soon,” Vasseur added.

There have been some rumblings about Zhou reconnecting with Alpine in the wake of the Oscar Piastri affair. Zhou had been released from the Renault-owned team’s development program to race for Alfa Romeo this year.

“We have our own plans, and they have nothing to do with Piastri,” Zhou insisted at Zandvoort.